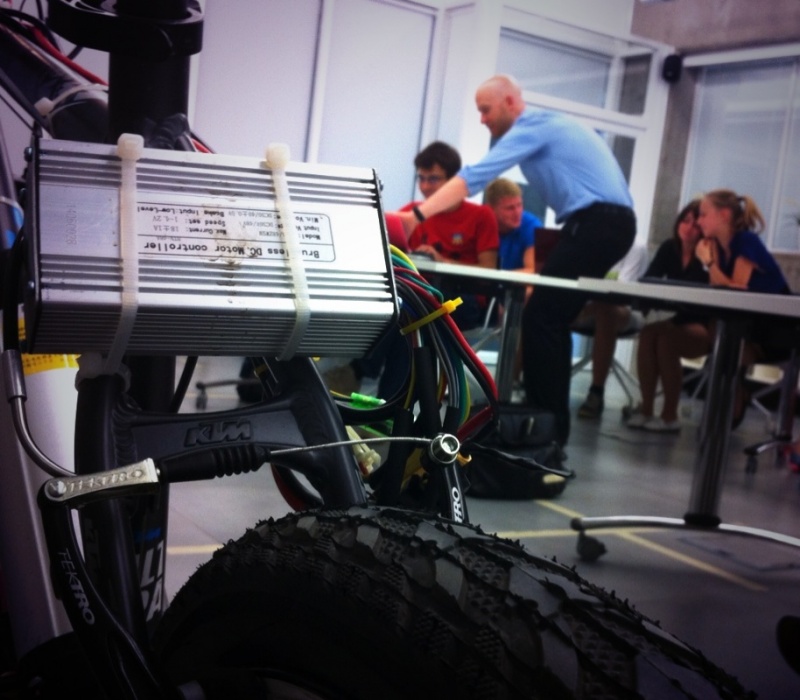 Innovation Workshop kicks off for the 1st time in Moscow. Teams of instructors and professors from the Massachusetts Institute of Technology (MIT) and Skoltech work together with the new cohort of graduate students

In a white and grey lecture room in Moscow’s Hypercube, a group of Skoltech students keep a close watch on an electric bike which they need to hack. Or so they were told. It is the first day of their first course, called Innovation Workshop, and they are sweating. The broken down air conditioner is a likely contributing factor. So is the obstinate bicycle, which patiently awaits the Masters students as they type away on their laptops. Lennon Rodgers, a Ph.D. student from MIT, calmly walks them through the intersections between physical and virtual, gravity and drag, hardware and software.

”Eventually everything connects” he reassures a student gazing at him with a mix of disbelief and hope. Then they take the bicycle outside. It works. Students hailing from Nigeria, Russia and Canada get on the machine and cruise around the outskirts of Moscow.

Innovation Workshop is the brainchild of Dr. Luis Perez-Breva and Prof Charles Cooney of the Massachusetts Institute of Technology. After the first and second cohorts of Skoltech students experienced the workshop in Cambridge, Mass., the home of MIT, this summer teams of professors and instructors from the two universities hold the event for the first time in Moscow. 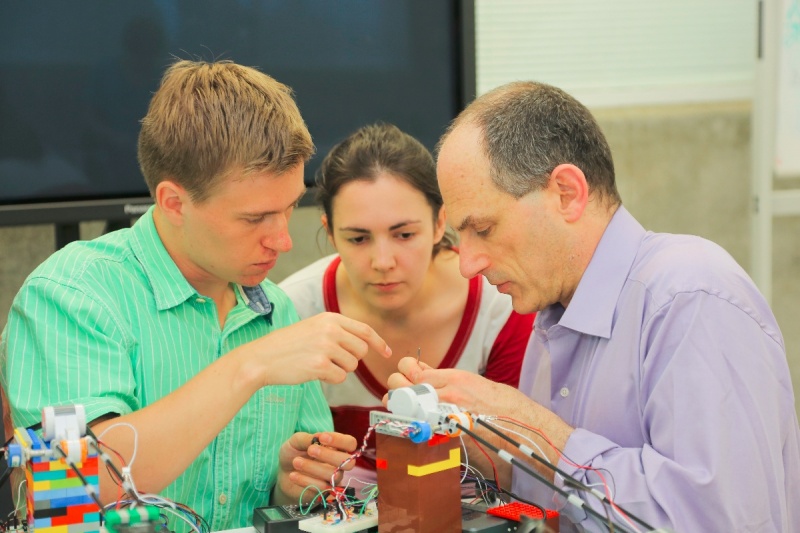 And so on day one of the workshop, graduate students find themselves constructing Lego made robotic arms, designing composite materials and building bridges out of spaghetti and starch and analyzing Cameron Diaz’s face at a computer vision workshop. These missions were part of a “quick success”, a challenging session designed to instill the young people with confidence and a sense of self-worth. Judging by the mood of the pasta bridge designers: mission accomplished. Laser beams, flying robots and infrared contraption come in the following days. 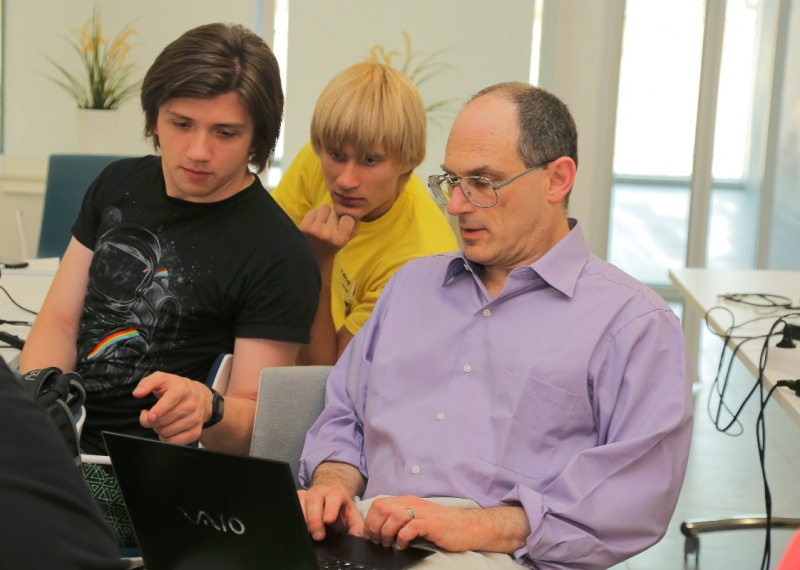 “Innovation Workshop emphasizes a challenging process discovery. There is no ready-made formula which we use to tell students ‘do X and Y and you will achieve Z’,” says Ilia Dubinsky, Director of the Center for Entrepreneurship and Innovation which organizes the workshop. “The idea is to give students a sense of how things work in the real world, where you always have to work so hard and never have enough time, always need to overcome obstacles and setbacks to actually get results.

“Sometimes the students want to focus just on the projects they need to complete by the end of the three weeks long workshop. They feel that hearing presentations and having discussions might be holding them back. But at the end, the magic occurs. Students suddenly approach me and say ‘oh, now, I know what the whole thing is about!”.

He pauses, and chuckles. “Sometimes it even takes them a whole year.” 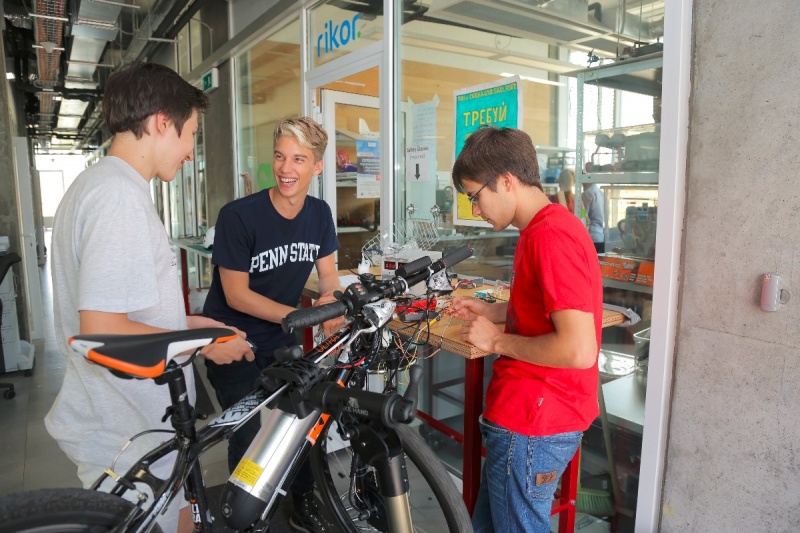 Hacking an electrical bike can be fun 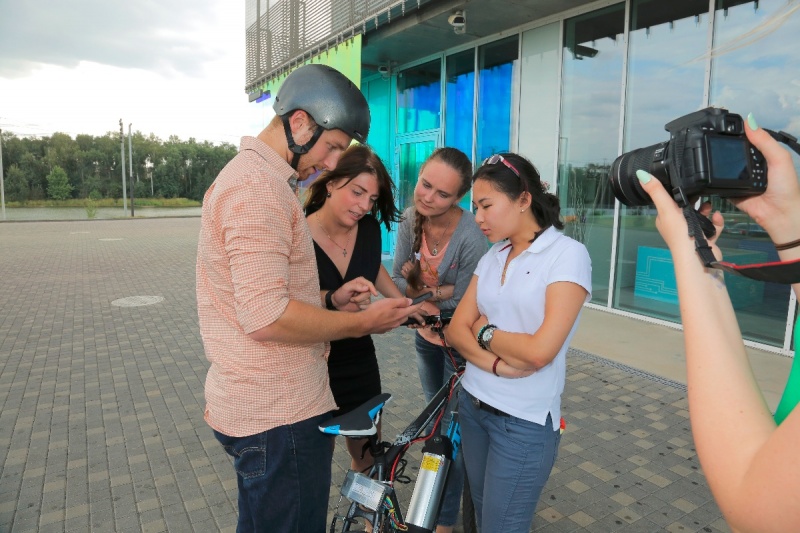 Hacking an electrical bike can be lots of fun 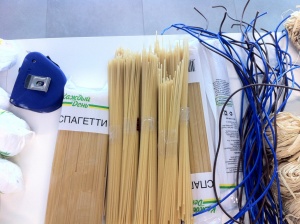 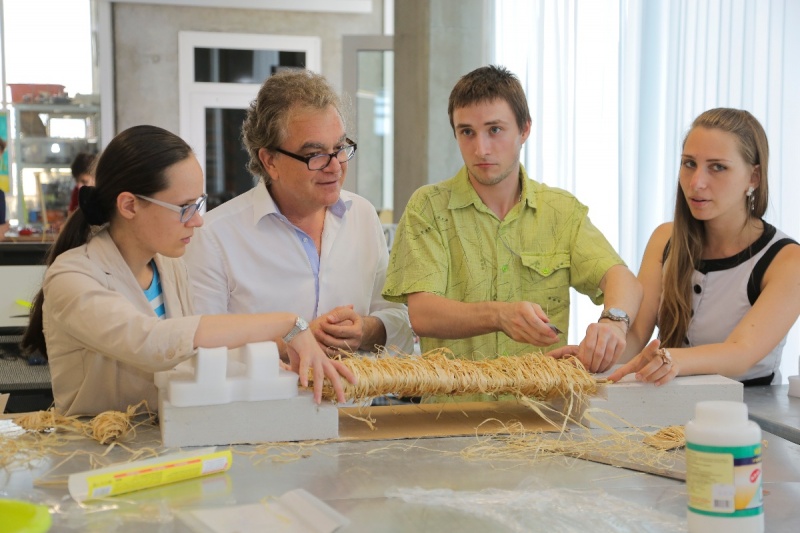 Professor Zafer Gurdal, head of Composites CREI works with students on designing sturdy, smart bridges – made of pasta and starch

And in the end.. Innovation Workshop 2014