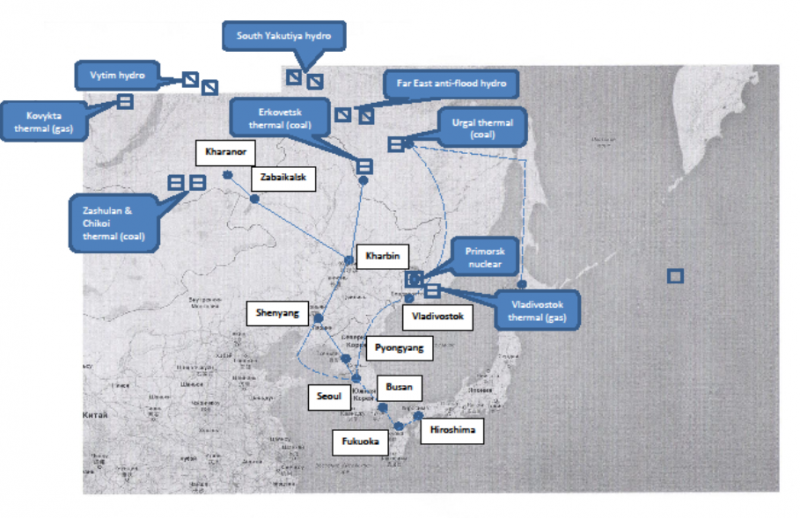 On July 24, 2014 the Skoltech Center for Energy Systems in collaboration with the En+ group of companies and the South Korean KEPCO corporation held an international seminar at the Skolkovo Institute of Science and Technology.  The meeting started with a presentation of results of joint research by the Skoltech Center for Energy Systems and the Korea Energy Economics Institute (KEEI) conducted within a project of the Asian Energy Supergrid. The project considers the connection of unified energy system of Russia with Northeast Asian countries through a flexible connection of eastern Russia with the power systems of China, Korean Peninsula and, in perspective, Japan.

The participation of representatives of the Ministry of Foreign Affairs of Russian Federation put the Supergrid project in a broader international context. Dmitry Kulkin, First Secretary of Korean Division at First Asian Department of the Russian Ministry of Foreign Affairs, emphasized that the project is one of the most desirable areas of cooperation with Korean Peninsula countries.

The practical tone of the discussion was set by representatives of energy companies in Russia and Northeast Asia who are interested in transferring scientific Skoltech research to practice. Support for the project was expressed by the Director of Infrastructure Projects Department at Mitsui and Co. Moscow LLC Mr. Sugi Konosuke, En + Group Project “East” Director Alexander Sergeev, JSC “Evrosibenergo” Project Manager Vladimir Kiselev and by Rosatom Development Director Anna Kudryavtseva.

Suggestions for further project developments were made by the Deputy Director of the Russian Energy Agency under the Ministry of Energy Igor Kozhukhovsky, Deputy Chairman of the Committee for Energy Strategy and Energy Industry Development  Vladimir Dzhangirov,  Center for Strategic Studies President Advisor Dmitry Sanatov and Head of Regional Projects at Skolkovo Fund Ivan Ognev. Particularly, Vladimir Dzhangirov made ​​a proposal to consider the establishment of Asian Energy Charter, which would enable to create the legal framework for international energy cooperation in the Asian region.

The research at Skoltech is carried out within the memorandum signed by Skoltech, En+ Group, and South Korea’s KEPCO during the visit of the Russian President to Korea in November 2013 for the preparation of proposals by oncoming visit of the President of the Republic of Korea.

“The concept of the energy bridge between Korea and Japan is very interesting from Japanese side as well (as from Korean side), and there are two reasons for that. One is practical aspect, which is transmission line system in Japan. Japan consists of four island, and even until now it is not wholly liberalized. There are 9 regional companies that have almost monopolies in each  region. So practically that might not happen that power from the very North can be transmitted and sold to the most Southern part of Japan. And also there is an issue of difference in frequency. East side is working on 50 Hz frequency, while West side is working by 60 Hz frequency.  Therefore while we pay much attention to the energy bridge from Sakhalin island to Hokkaido island, this import of energy from Korea to Japan should also be very beneficial for Japan.
Second aspect is political. Unfortunately the current political relations between Korea and Japan are slowing down, but these two countries are highly dependent on each other in trade and economy. In this regard, the establishment of economic cooperation, including the implementation of such projects, could strengthen political relations between our countries.” Sugi Konosuke, Infrastructure Projects Director at Mitsui and Co. Moscow LLC

The objective of the research is to develop options for electricity export from Russia to the Northeast Asian countries and recommendations for optimal routes of supplies. As possible alternative supplies to South Korea considered were three different options – undersea cable from Dalian (China) and two transit power lines from Russian Siberia and Far East through the territory of North Korea to Seoul (see the map).

Final results of this study will be presented to the Government of the Russian Federation at APEC Summit in November 2014.

*  Skoltech currently operates 6 CREIs – Centers for Research, Innovation and Education – out of 15 that are planned to be established by 2020. These are the major components of the Skoltech concept – and its implementation. The CREIs are the institute’s major scientific growth engines as they pursue leading research in their fields, deliver world-class graduate education programs and generate results that can form the basis for innovation and entrepreneurship activities at Skoltech and in Russian industry. Importantly, CREIs will build capacity of all kinds at Skoltech, and will be designed to have broad impact on Russia. The centers address critical challenges in 5 major “Tracks”the institute focuses on: Information, Biomedicine, Energy, Space and Nuclear Science and Technology (as well as science cutting across these areas.) The establishment of CREIs is done in close cooperation with one (or more) international and Russian academic partner institutions. Skoltech believes this is the most efficient and fastest way to establish a new world-class graduate research university complementing the existing research and educational system in Russia and develop a gateway between Russia and the rest of the world.