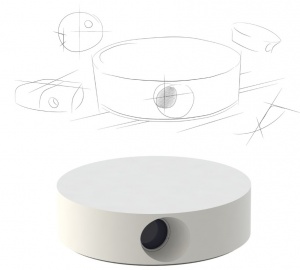 Clay, fire and a soldering iron are not the images young high tech entrepreneurs usually like to conjure up.

But some innovators vow not to follow the heard. Karfidov Lab, co-founded by Skoltech student Dmitry Vasilev, aims to break away from the pack and offer new design and engineering thinking, with a focus on rapid and parallel processes. The company pledges to have a real impact on Russian economy.

Hence the references to the fast fusion of basic elements which create something smart, spectacular – and fast. The end result could be the winter Olympics’ torch (the company provided the mathematical model at the basis of the sleek and somewhat maligned apparatus), a device that provides support for damaged joints or a blast furnace.

Skoltech is launching these days its new MSc program in Product Design and Advanced Manufacturing in collaboration with MIT. A good opportunity to hear the Energy Technology student’s thoughts on how to speed up an idea’s journey to the market.

Karfidov Lab, the company you started with Alexei Karfidov, wants to help launch products faster. Why is it so important?

Vasilev: “Think of a new product developed by a startup. Time-to-market may take years. As a result, when the device is launched it will already have been out-of-date. Bureaucracy, and even the fear of it, kill so many good ideas. There is no way you would ever actually produce something if you need to go through four security guards on your way to a meeting with an investor or government official. We should remove the barriers for innovation. Language barriers also don’t help. We have to re-engineer the production chain, and we need to break stereotypes about Russia. That, in a nutshell is the ‘why’ part. 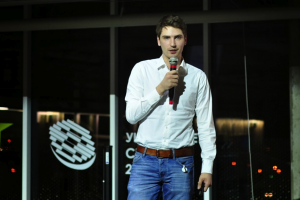 Dmitry Vasilev, Karfdiov Lab co-founder and final year MSc student at Skoltech: “Bureaucracy kills so many good ideas. We take down barriers and speed up processes so products reach the market much faster”.

And the how? Professor Maria Yang of MIT claims that “one of the most important things about design especially at its earliest stages is that it’s iterative.” Do you agree?

Our lab’s goal is to help companies develop everything they need to go out there with a product. We provide engineering analysis of the structural elements of a product, early prototyping, and even rapid manufacturing of the actual product. We have a rapid modeling service which enables customers to have an accurate 3D model in 48 hours. So it will take no more than two days from the moment the sketch appears on a napkin and the time you can hold it in your hands. And when you have a 3D model, manufacturing a first prototype from ABS, or any other plastic – or even metal – is relatively easy.

You can see in our lab someone with a scalpel and clay, absorbed in the ergonomics of a prototype. Next to him an engineering designer fiddles with electronic gadgets and a soldering iron. Teams work simultaneously, concurrently with as many iterations as needed for realization. This is also part of the Skoltech and MIT ethos. This is how we operate at Karfidov Lab.

Sounds like a pretty ambitious and costly venture. A few Skoltech students startups have already landed some funding. How did you raise the money?

We didn’t raise money the usual way. We started with the first customer and then built on this. We’re supported by MISIS (National University of Science and Technology) and the Skolkovo Foundation, so the company is a joint venture. So we have office space, free software and tax exemptions. As for the talent part, we can find it at Skoltech, which is literally just around the corner from us. Moreover, as a Skoltech student I had an opportunity to get acquainted with the operating principles of engineering companies and laboratories on the US East Coast, to gain knowledge of the MIT way of doing things. Americans excel at rapid concurrent design and production even of very small quantities or highly specific components. While you wait for something to be delivered you continue designing and engineering. It’s time we brought such quality to Russia, too. 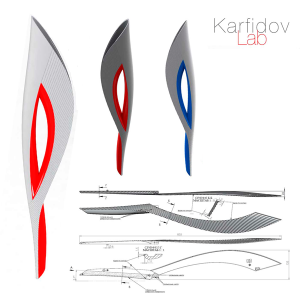 Ok. We must ask this: how come the torch you helped design reportedly went out a few times during its journey to Sochi?

“When we actually designed it, we came up with something as cool as neodymium magnets instead of bolts and nuts to connect the two halves of the torch. In terms of engineering it didn’t perform too badly”, he smiles.