We are pleased to invite you to the Skoltech Seminar. This week Prof. Craig Gotsman of Cornell University and the Jacobs Technion-Cornell Innovation Institute shares his rich experience of establishing a new university – in this case Cornell Tech in New York City. 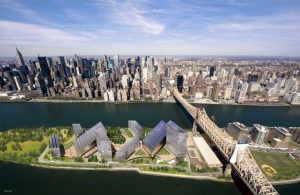 A tech campus should look and function in the 21st century radically different from the way a tech campus looked and functioned in the 20th century. In this talk I will share some thoughts on how this is done, based on my experiences in the recent past at the Technion in Israel, and especially in founding the new Technion-Cornell Institute in New York.

The Institute, part of the broader Cornell Tech campus, combines the cultures and expertise of two world-class universities, adapted to a 21st century campus for Applied Sciences. The new campus bridges traditional gaps between academia and industry, provides an “engaged” learning experience, and is a fertile breeding ground for “entrepreneurial engineers”. The campus is designed to impact not just the academic world, but to significantly contribute to the growth of the hi-tech sector in New York City. 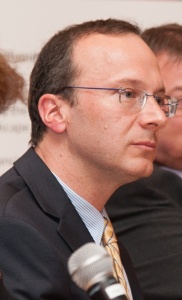 Professor Craig Gotsman was the first and founding director of the Jacobs Technion-Cornell Innovation Institute at Cornell Tech in New York City, and is currently a professor at the Institute.

Prof. Gotsman received his PhD from the Hebrew University of Jerusalem in 1991. He has been a visiting professor at Harvard University, INRIA Sophia Antipolis (France) and ETH Zurich (Switzerland), and a research scientist at MIT. He has published more than 150 papers in the professional literature, won eight best paper awards at leading conferences and mentored more than 50 postgraduate level students (MS, PhD and postdoc).