The Nobel Prize in Physiology or Medicine 2015 has been awarded for the development of new treatments for parasitic diseases, including malaria, as was announced Monday in Stockholm by the Nobel Committee at the Karolinska Medical Institute. William С. Campbell, Satoshi Omura and Youyou Tu have been awarded the prize. Campbell works at Drew University (Madison, USA), Omura at Kitasato University (Japan). They are honored for their discoveries that allowed to treat diseases caused by roundworms and hookworms.

Beijing based Professor Youyou Tu worked for many years in the field of pharmacology and traditional Chinese medicine. According to RIA Novosti, for several years Youyou Tu was leading the group, which managed to supplement the available drugs for the treatment of malaria with another one artemisinin. This medication is recommended today by the World Health Organization to treat malaria. 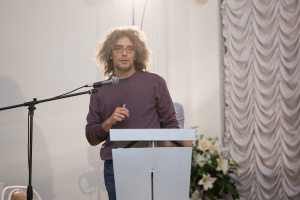 ‘The Nobel Сcommittee has made a remarkable choice’, – says Prof. Konstantin Severinov, Director, Skoltech Center for Data-Intensive Biotechnology and Biomedicine. –  The classical microbiological works’ that led to the discovery of new drugs are awarded the Nobel prize’.

‘Until now, the Nobel Prize in Medicine has been awarded for research, addressed in the future, but in some cases this potential has not been realized. This time the award was given for significant and visible results that help millions of people in countries where parasitic diseases continue to steal a large number of human lives’.

Work by Mr. Campbell and Mr. Omura is carried out in the good old-fashioned way: a huge portion of soil bacteria was screened to find those specimen that produce substances that kill worms. They were characterized and studied.

‘Youyou Tu took a similar way, but as a source of potential antibacterial agents she used plants that have long been used in Chinese folk medicine. Youyou Tu was able to identify a substance that turned out to be a very good agent against malaria. Malaria remains to be the most feared disease for mankind, and until recently the only cure for it was quinine, used for centuries’, – states Professor Severinov.