We are glad to invite you to a seminar by Dr. Yuri Popov, titled “New Experimental Data on Thermal Parameters of Our Planet: Effects for Basic and Applied Science”

The presentation describes the contribution in fundamental and applied geothermics and petrophysics made by Yu. Popov. A qualitatively new technique for measurements of the thermal properties of heterogeneous, anisotropic, fractured and porous mediums and new methodological approaches developed by him allowed to obtain the unique experimental data on the Earth’s thermal regime in Russian and International scientific continental deep drilling programs (1985-2011). It was established that the previous estimates of crustal temperatures, thermal properties, heat flow and geothermal resources differ from the new experimental data essentially. The new data on crustal heat flow density changed the Earth’s thermal regime conception significantly. It has substantial consequences for the basic and applied science as the crustal thermal regime influences on formation of mineral and energy resources and other processes in the Earth’s crust. During the last decades these data, new experimental technologies, and the results of their applications became important for oil-gas and geothermal energy science and industry. Enhancements of theoretical and experimental bases of thermal petrophysics for hydrocarbon field studies (1998-2015) and implementation of the research results in collaboration with Russian and foreign oil/gas companies improved effectiveness of thermal methods of heavy oil recovery, and reliability of basin and petroleum system modeling. The new thermal core logging method was developed that is especially effective for investigations of low permeable hydrocarbon reservoirs. 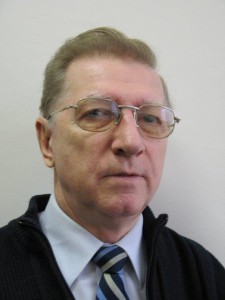 Dr. Yuri Popov is a Principal scientist at the Center for Hydrocarbon Recovery, Skoltech since 2014. He graduated from Moscow Engineering Physics Institute (MIFI) in 1965, defended PhD in 1975 and DrSc in 1987. Yu. Popov began a teaching activity at Russian State Geological Prospecting University (RSGPU) as a senior teacher (1976-1980), then associate professor (1980-1987), professor (1987-1989). In 1987 he was given the title of Professor in Geophysics. In 1989 he established the Department of Technical Physics and Rock Physics in RSGPU and was the head of it in 1989-2010. In 1985-2010 he led geothermal studies in 16 scientific boreholes within Russian and International Programs of Scientific Continental Deep Drilling at the Laboratory of Geothermic Problems. In 2010-2014 Yu. Popov worked as a Scientific Advisor at Schlumberger Moscow Research Center. He collaborated with more than 30 Universities and Research Centers in Russia and other CIS countries, USA, Germany, Japan, Canada, Finland, Czech Republic, Australia. In 2009 Yu. Popov was given a title of Honoured Scientist of Russian Federation. He is a member of Scientific Council on Geothermic problems of RAS, Russian Academy of Earth’s Sciences, RSGPU Scientific Council on doctoral theses defense, and the Advisory Board of E.ON Energy Research Center. In 2011 Yu. Popov was elected as the Chairman of the International Heat Flow Commission of IASPEI. Yu. Popov is an author of more than 200 articles, 45 patents and invention certificates, 21 tutorials, and supervisor of 10 PhD students and number of MS students. He was awarded for successful leading scientific supervision of RSGPU students.