We are glad to invite you to a seminar by Dr. Yuri Nikolsky, titled “OMICs Biomarkers and Drug Repurposing Via Knowledge-based Functional Analysis of Big Data”

Over the last two decades, Bid Data assays became the mainstream experimental technology in life sciences research and biomedicine. From mass market consumer genotyping at 23andme or Atlas, to elaborate multi-OMICs patient testing in clinical trials run by major drug companies, these assays generate multi-factorial “signatures” correlating with disease predisposition and severity, drug sensitivity, survival rates and many other important phenotypes. The main issue in OMICs experimentation is data interpretation: how to select the most relevant DNA variants, overexpressed genes, blood proteins from thousands of data points in sequencing files, microarrays, proteomics and other OMICs profiles?

In general, there are two somewhat complementary approaches to the problem: the “data-driven” and “knowledge-based” ones. The data-driven approach is based purely on statistical analysis and modeling; it selects the most mathematically relevant OMICs signals with complete ignorance of the biological functions of selected genes and variants. The second approach consists of capturing and annotation of  biological data from vast experimental literature, structuring it as protein interactions and pathways and applying this knowledge to the analysis of OMICs assays with help of mathematical algorithms of functional, or systems, analysis.

Over the years, our company GeneGo (acquired by Thomson Reuters) has created “from scratch” one of the most advanced platforms for functional data analysis, with the original semantics, annotation technology and algorithms. They have built a sophisticated database of over 1,000,000 protein-protein and protein-compound interactions, normal and pathological biological pathways, disease- and toxicity-related variants. Dr. Nikolsky will briefly describe the technology and show specific examples of applying this technology for predicting drug response, disease progression and drug repurposing. 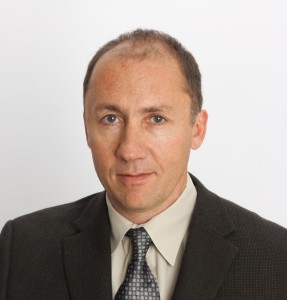 Dr. Yuri Nikolsky is the Director of Science at the BMT cluster at Skolkovo Foundation. He is also an adjunct faculty at George Mason University in Fairfax, VA, USA. Yuri received his MS in genetics from Lomonosov Moscow University and Ph.D. in molecular biology from NII Genetika (Moscow). He also holds an MBA degree in finance from the Booth School of Business at the University of Chicago. Dr. Nikolsky is known internationally both as a scientist and a life sciences entrepreneur. After several years of research in meiosis at the University of Chicago, he co-founded Integrated Genomics (Chicago, IL), a pioneer sequencing and comparative genomics company. Later, he was CEO at two successful startups: ChemDiv (San Diego, CA) and GeneGo (San Diego, CA). After acquisition of GeneGo by a global informatics company Thomson Reuters, Yuri was employed as Vice President, R&D and built a service group focused on scientific consulting to the major pharmaceutical companies. Yuri’s current research interests include analysis of biological pathways activation and mining the data networks of biomedicine and life science finance.