In the end of 2013, it was shown by combination of theory and experiment that at elevated pressure, numerous compounds forbidden by classical chemistry become stable. This was proven for the classical example of a simple and well-understood system: Na-Cl, where such bizarre compounds as Na3Cl and NaCl7 were discovered. Since then, the list of “forbidden” compounds stabilized by pressure rapidly grew.

In their new work, the same team of theorists (Weiwei Zhang, the lead author, formerly a visiting scholar to Prof. Oganov’s laboratory, now Professor at China Agricultural University, and Artem R. Oganov, the project leader and Professor at Skolkovo Institute of Science and Technology (Russia), Stony Brook University (USA)) and MPTI (Russia) and experimentalists (Alex Goncharov, Sergey Lobanov and Elissaios Stavrou from Carnegie Institution of Washington (USA)) took on a related system, K-Cl, and found even greater variety of “forbidden” compounds stabilized by pressure, including K3Cl, K2Cl, K3Cl2, K4Cl3, K5Cl4, K3Cl5, KCl3, KCl7. All of these compounds (except KCl3 phases) are metallic, while classical chemistry predicts that potassium chlorides can only be ionic. These compounds were first predicted using Oganov’s evolutionary algorithm USPEX, and then confirmed in Goncharov’s laboratory using high-pressure experiments in diamond anvil cells.

Two more surprises were uncovered. First, it was predicted and then experimentally proven that previously unknown compound KCl3 can exist at nearly-ambient conditions. Secondly, a whole family of two-dimensional metallic compounds was discovered, with structures similar to normal KCl, but with an extra atomic layer of K atoms, along which electrical current can pass (see Figure below). 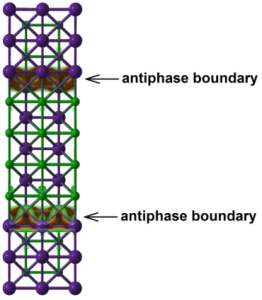 Crystal structure of K5Cl4, along with distribution of mobile electrons shown by “clouds”.

“Working on Na-Cl and K-Cl compounds was very exciting. I knew we are exploring the limits of chemical intuition, but was surprised by how far beyond it the results turned out to be”, says Prof. Zhang.

“If simple systems like Na-Cl or K-Cl show such complex and counterintuitive chemistry, it only means that there is a lot about chemistry that remains to be discovered and understood”, says Prof. Oganov.

“This work shows just how powerful the modern theory is. When we started working together, I was very skeptical about these crazy predictions made by USPEX method, but as we went on, was shocked by just how reliable these predictions are, no matter how crazy they appear at first”, say Dr. Lobanov and Prof. Goncharov.

Results of the study were published in the journal Scientific Reports of Nature Publishing Group.