Pekka Viljakainen, a Finnish advisor to Skolkovo president Viktor Vekselberg, and Edward Crawley, the American founding president of the Skolkovo Institute of Science and Technology (Skoltech), are to get awards for their contribution to the development of economic trade and investment cooperation between Russia and foreign countries, as well their fruitful activities in science and education, according to a presidential decree issued published Wednesday on the government website. 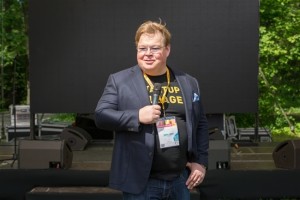 “Making new businesses is all about people, trust and co-operation,” Viljakainen told Sk.ru. “That is why this important recognition is not only for me, but for all great people in Skolkovo, the Russian regions and partners around the world.”

Viljakainen, nicknamed the Bulldozer for his indefatigable efforts to create a culture of entrepreneurship in Russia, is the driving force behind the Startup Tour, a yearly competition to find promising tech startups that is held in cities across Russia. The Finn has personally visited 70 Russian cities in the last few years with the Startup Tour, which culminates in the Startup Village event at Skolkovo. This year’s event, which was held last week, attracted about 20,000 people.

Crawley, a professor of aeronautics and astronautics at Massachusetts Institute of Technology (MIT), was key to the 2011 creation of Skoltech, a graduate research university attached to the Skolkovo Foundation.

He officially handed over his duties as Skoltech president in February to his Russian successor, Alexander Kuleshov, but is expected to remain closely involved with Skoltech through its continuing cooperation with MIT.