We are glad to invite you to a seminar by Dr Jacob Biamonte, titled “Frontiers In Quantum Enhanced Computer Technology”

Quantum computers were long believed to be technologically out of reach for the next several decades.  However, an innovative solution was proposed at the Massachusetts Institute of Technology. This method, known as quantum enhanced annealing, is capable of functioning without quantum effects. However, the method can be improved incrementally with the inclusion of quantum effects, and quantum effects can be increased through precision engineering and control. These effects are predicted to enhance a range of computational tasks such as machine learning and first principles simulation of quantum chemistry. 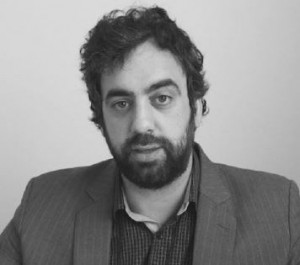 Jacob Biamonte designs software applications for quantum enhanced high-performance computing devices.  He was employed as one of the worlds first quantum programmers at D-Wave Systems Inc. in Vancouver B.C., Canada.  Founded in 1999, this startup company was essentially the first to develop commercial quantum enhanced computer solutions and currently sells quantum annealers with 2000 bits.  The technology has recently been purchased by Google, licensed by NASA as well as by Lockheed Martin.  These companies compete as part of a rapidly growing quantum tech industry—comprised of giants such as IBM, Atos/Bull and Microsoft.  This has nurtured a quantum software startup ecology—including rapid growers such as 1Qbit and Rigetti—which provide software applications for IBM and/or D-Wave produced quantum hardware.

Biamonte earned his PhD from the University of Oxford, conducted Postdoctoral research at Harvard and has received several international awards for his research results, including the Shapiro Fellowship in Mathematical Physics, being an invited member of the Foundational Questions Institute (FQXi) and the European Quantum Software Platform which represents the theory track of the European Quantum Technologies Flagship.  He has advised both government agencies and industry and lead several successful interdisciplinary research teams and projects, comprised of students and research staff with backgrounds spanning physics, mathematics and computer science.  He supervised four exceptional PhD students and five extraordinarily talented postdocs, two of which are now Assistant Professors.   He teaches graduate level courses on high-performance computing, on computational complexity theory, on complex networks and on quantum computing.