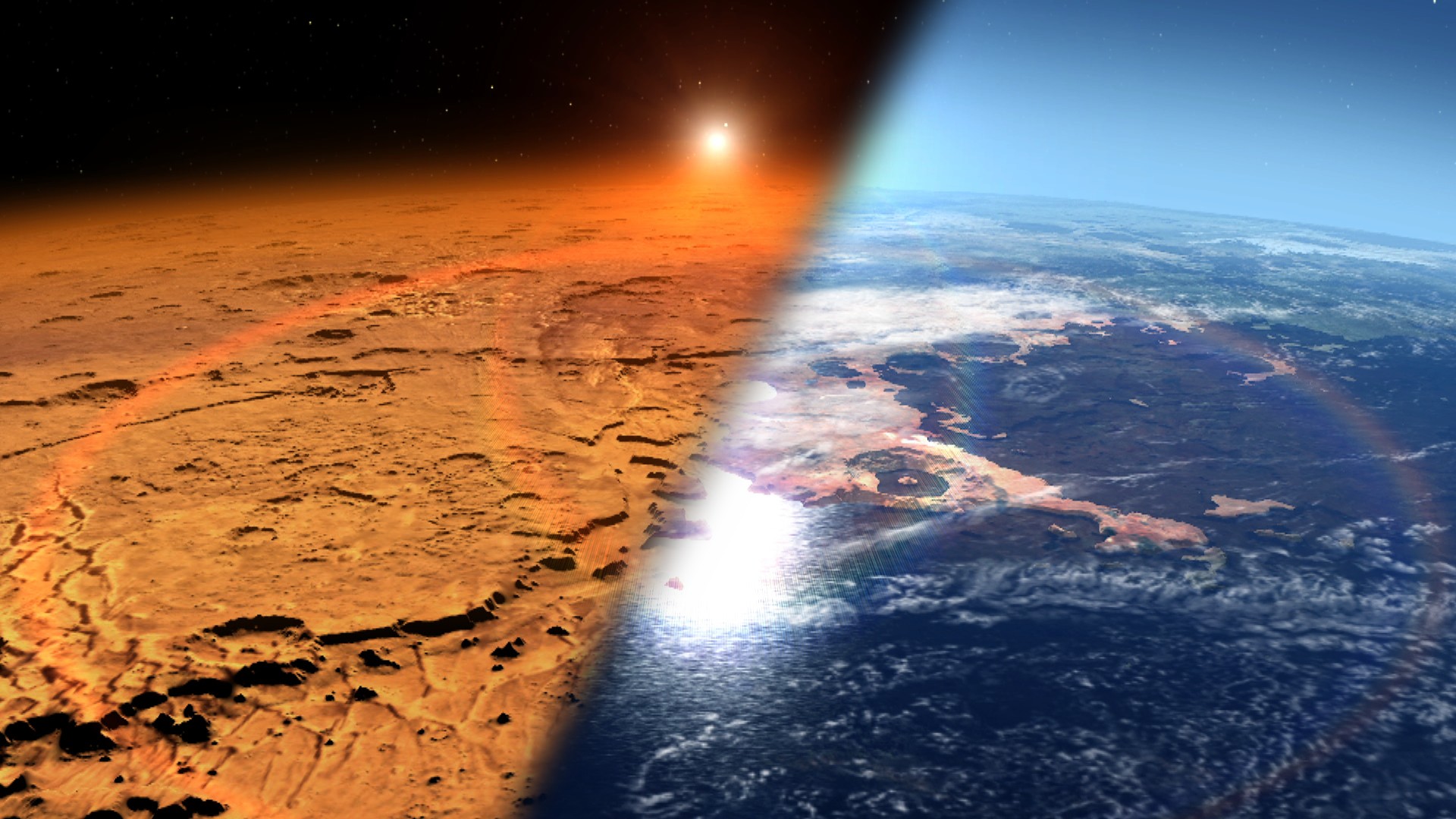 An artistic rendering of what Mars may have looked like billions of years ago. The Red Planet is thought at one point to have been blanketed with oceans and massive lakes. Image: NASA’s Goddard Space Flight Center.

The scientific community remains divided on the issues of whether ancient Mars was warm, wet and potentially conducive to life, or whether it has always been frigid, dry and unhospitable.

No matter which side you take, the Red Planet represents a wealth of scientific discoveries to be made, many of which could have useful applications here on Earth, including the core existential question of how life emerged from inanimate matter.

Many have begun to see Mars as a new horizon for innovation. Toward that end, in September this year, billionaire entrepreneur Elon Mask reaffirmed his plans to colonize Mars. And just this month, Budweiser launched barley into space in a step toward achieving its declared goal of becoming the first brewer to supply a future Martian colony with beer.

But central to all of the above is a determination of whether Mars has any liquid water, or the conditions for fresh water to exist.

If humans are to colonize Mars, they’ll need a consistent water source to survive.

A better understanding of the planet’s water composition – past and present – will shed light on a flurry of scientific questions.

And if each batch of Martian Bud requires a shipment of fresh water from earth, it will easily become the most resource-draining beer in the universe; a water source on Mars would be crucial to the feasibility of this initiative.

To learn more about the quest for water on Mars and its many implications, we caught up with Skoltech Professor Anton Ivanov, whose illustrious scientific career was launched by the singular goal of finding water on the Red Planet.

Water on Mars: what we know so far

Humans have had evidence of water on Mars since the 17th century, when Italian astronomer Giovanni Domenico Cassini observed the planet’s southern polar ice cap through a telescope. 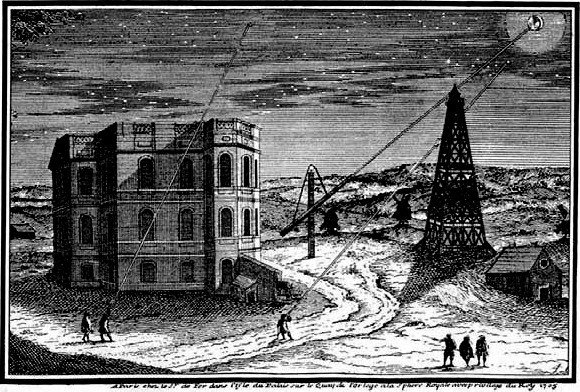 “Cassini’s observation led many to believe that Mars was exactly the same as Earth – that it had four seasons and falling snow just like in Europe,” Ivanov said.

As the centuries ensued, a series of related revelations followed – including the discovery of Mars’ northern polar ice cap and the broadly accepted theory that each year the planet’s ice melted into sizeable canals. But all of these observations were limited by man’s inability to explore space except through the lens of a telescope.

Since spaceflight became a reality, countries around the globe have clamored for details on its water supply.

Early discoveries by NASA’s Mariner 4 spacecraft, and later by the Mariner 9, provided the first compelling indications that the masses observed by Cassini and his counterparts were in fact made of frozen water, albeit in combination with frozen carbon dioxide.

In the ensuing decades, Mariner was followed by a slew of Mars missions launched with varying degrees of success by the US National Aeronautics and Space Administration (NASA), the European Space Agency (ESA) and the Soviet and then Russian space agencies (now Roscosmos), among others.

Ivanov began his career in the mid-1990s – a period rife with Martian water exploration. 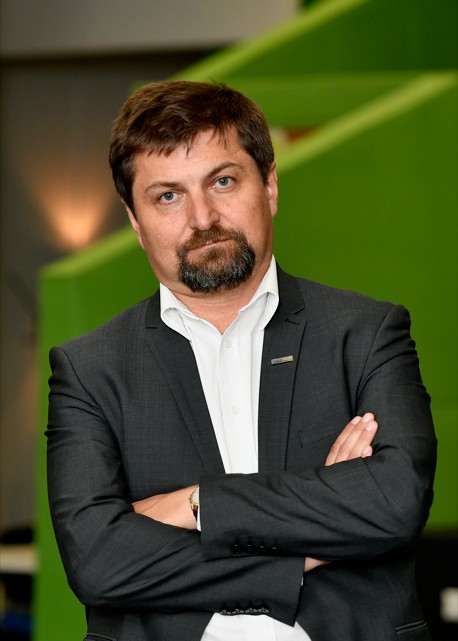 As a PhD student at Caltech, we worked on the Mars Orbital Laser Altimeter (MOLA), an instrument that mapped the surface of the planet in 1998 on NASA’s Mars Global Surveyor.

The MOLA made it possible for the first time to map the surface area of Mars’ two Greenland-sized icecaps. While this in itself was a major feat, scientists remained perplexed about the contents of the icecaps.

A few years later, Ivanov participated in the operations of the MARSIS Subsurface Sounding Radar/Altimeter, part of the European Space Agency’s (ESA) Mars Express program, which was able to penetrate the bases of the ice caps, providing data on their depths and compositions.

“These two instruments – MOLA and MARSIS – helped define the largest reservoirs of water ice on Mars,” he said.

The Mars Express findings in particular revealed much to the surprise of Earth-bound specialists that the water contained in the ice caps was unsullied by the planet’s arid landscape. “We thought it would be quite polluted with dust particles, but it was actually quite clean,” Ivanov said.

Subsequent missions painted portraits of the vast bodies of water Mars once held – prior to losing its magnetic field – and have fleshed out the details of our understanding of the current state of Martian water.

Despite the bounty of discoveries made by decades of Mars missions, Ivanov maintains we have much to learn: “We’ve discovered most of the water on Mars and where it’s located. But there are a lot of things left to ask: How did the water get where it is? Why has it taken its current form? What processes were involved in that, and how can we trace them?”

Key to answering many of these questions, in Ivanov’s view, will be drilling deep beneath the Martian surface in search of subterranean water sources.

“We have plenty of evidence about the water that once flowed on Mars, but the problem is all of this evidence came from the surface. What would be interesting now is to really dig down several meters and see what’s happening well below the surface,” he said.

From Following the Water to Seeking Signs of Life

As explained on the website of NASA’s Mars Exploration Program, “Follow the Water” was the theme that guided early Mars missions. “Progressive discoveries related to evidence of past and present water in the geologic record make it possible to take the next steps toward finding evidence of life itself,” the site explains.

On Earth we have found that in general, where there’s water, there’s life.

“If Mars once had liquid water, or still does today, it’s compelling to ask whether any microscopic life forms could have developed on its surface,” according to NASA.

The landing of the Curiosity rover on Mars in 2012 as part of NASA’s Mars Science Laboratory Mission signaled a new era for Martian exploration, when the guiding principle of “Follow the Water” was replaced by that of “Seek Signs of Life.” 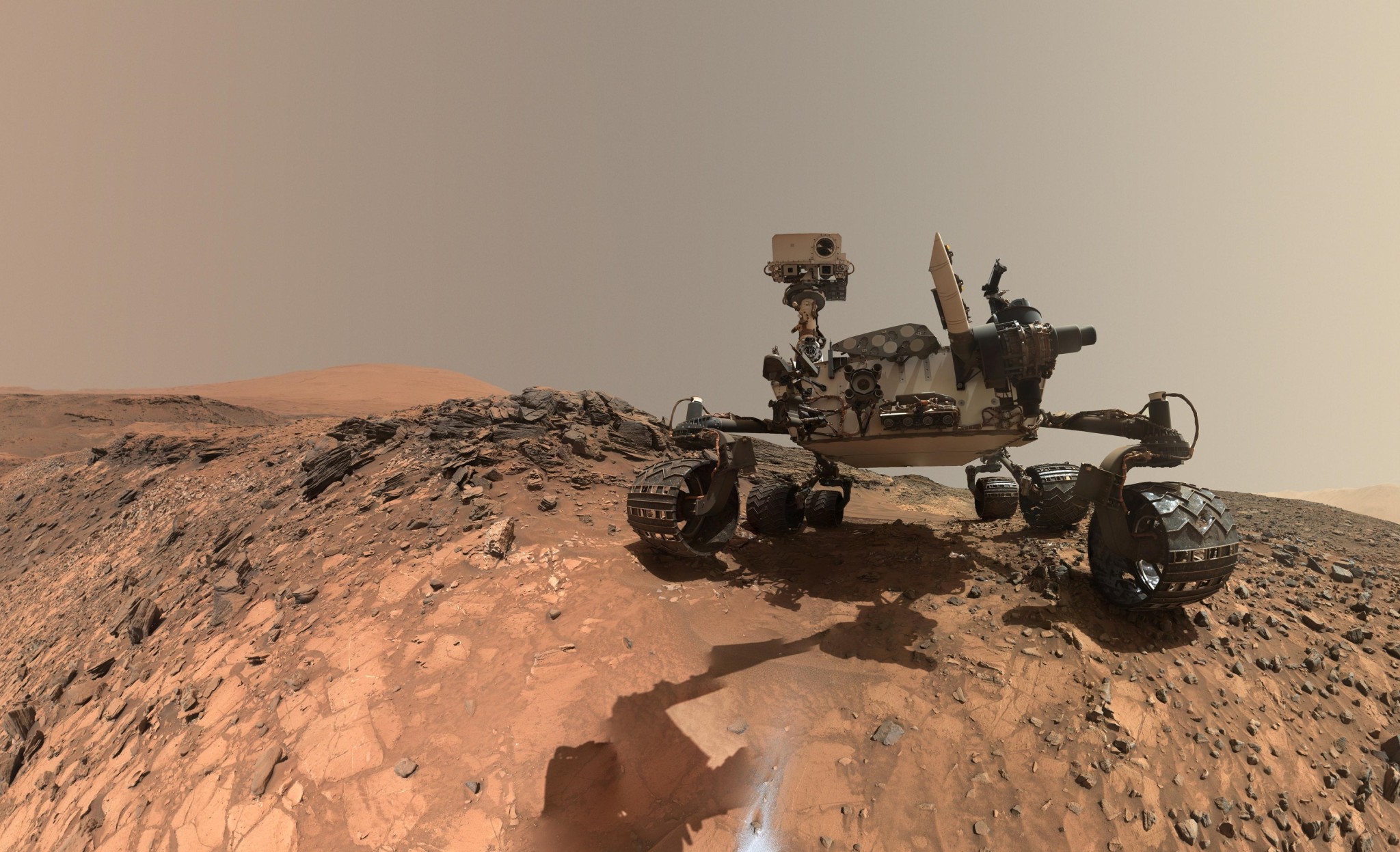 A selfie snapped my NASA’s Curiosity Rover, which is currently wandering the barren planes of Mars. Photo: NASA.

NASA astrobiologist David Des Marais explained in a video published by Quartz that finding signs of life on Mars could be the key to understanding how life on Earth emerged from inanimate matter.

“We’re particularly excited about Mars because if you look at the entire history of Mars and its environment, it’s the most Earth-like of the planets in our Solar System, and obviously Earth is our poster child of a place that’s great for life,” Des Marais said in the video.

“Mars – with maybe an arrested stage of development because of the change in the environment – could be the only place anywhere we could get an insight about how life could begin in an Earth-like environment. You can’t get it on the Earth because life has wiped out all that information because it’s been so successful,” he explained.

He noted that scientists searching for samples of life on Mars will need to be prepared to find populations of cell-like structures that fall into a “grey zone between pre-life and life.”

Are we ready to colonize?

The discovery of microbial life on Mars would raise a plethora of ethical questions about the colonization of the planet by humans.

But in the meantime, for a growing number of space agencies, private companies and scientific researchers, the prospect of putting humans on the Red Planet has become an imminent reality. For its part, NASA has predicted that the first manned crew will fly to Mars in the 2030s, while billionaire entrepreneur Elon Musk’s company SpaceX has set the more ambitious goal of 2022.

At present, scientists around the globe are tackling a vast array of issues specific to human life on Mars – issues ranging from perchlorates to micro-gravity, from life-saving technologies to bio-regeneration and from sleep studies to ascertaining how the human mind will react and adapt to deep space travel and life on another planet. 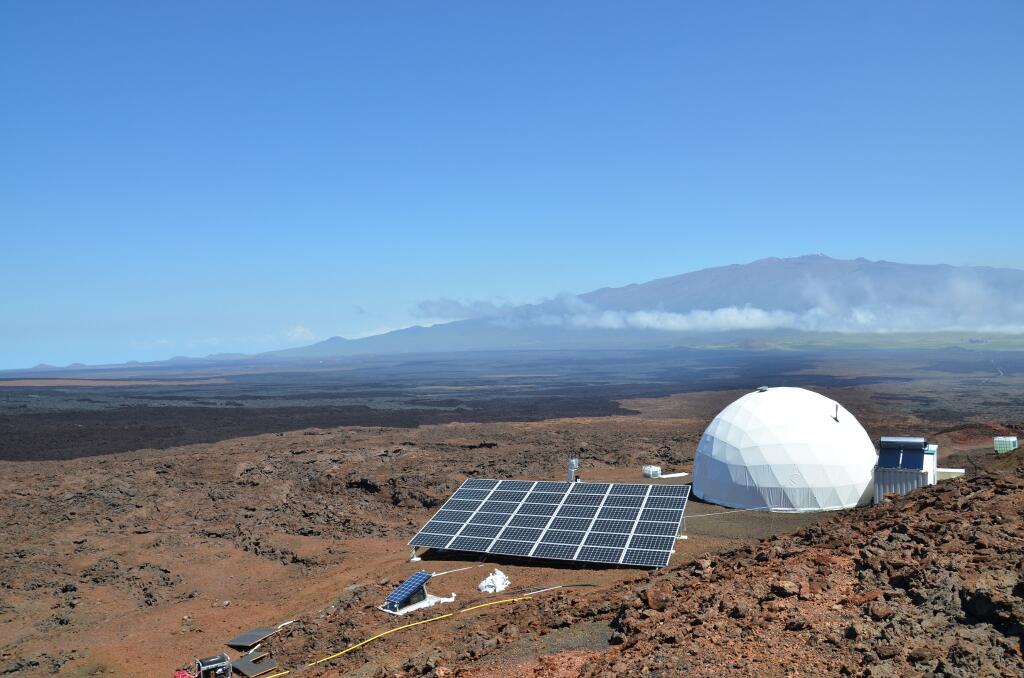 The HI-SEAS habitat, a research station on a Mars-like territory on Hawaii’s Mauna Loa volcano where specialists study the ability of the human brain to adapt to deep space travel and life on Mars. Photo: HI-SEAS.

“From a technological perspective, sending people to Mars is already doable. We can build big rockets, we can build sample return systems, we know – thanks to the International Space System – about the long-term effects of radiation,” said Ivanov, noting however that a few key technologies are still absent, including the development of lighter-weight radiation protection and more efficient food protection systems.

Ultimately, the most significant hurdles Ivanov sees in the way to the first Martian deployment will be that of political will – an issue that tends to be subject to considerable vacillation with the passage of time and the rises and falls of political tenures.

“Questions of if and when we send people to Mars really depend on the philosophical views of the people who have money and power,” he said. “I would obviously like to see it happen, but there are a lot of people who would argue against investing all of this money into going to Mars rather than investing more into creating a sustainable society on Earth. And that’s hard to argue against.”

Raising the next generation of Martian scientists

After more than a decade at NASA, Ivanov moved to Switzerland, where he served as lead scientist at the Space Center of the École polytechnique fédérale de Lausanne for 10 years.

Earlier this year, feeling compelled to focus more closely on space technology rather than space science, as well as to encourage the next generation of space scientists, he accepted a professorship at Skoltech, where he now serves as Director of the institute’s Space Center.

“What we’re doing these days on Mars is essentially pure science, which is fine, but sometimes I feel a bit like I’m working on something that I can’t touch. It’s a lot of fun, but part of me is saying that it’s time to excite others about these programs. And in order to make a human presence happen on Mars, we have to excite the young generation about space technologies in general and about Mars in particular,” said Ivanov.

He added that the space exploration climate is undergoing something of a revolution.

When he was a student in the 1980s and 1990s, federal agencies had a monopoly on space exploration. Now, numerous high-profile companies are changing the game. A few of the most notable among them include SpaceX, Amazon founder and CEO Jeff Bezos’ aerospace manufacturing and spaceflight company Blue Origin, and Virgin Galactic, which touts itself as the world’s first commercial spaceline.

Toward this end, Ivanov hopes to inspire an entrepreneurial spirit in his Skoltech students, encouraging them to consider space businesses rather than relying solely on NASA, Roscosmos, and other major agencies for success. He noted that a focus on private industry could embolden the next generation of space researchers to sidestep issues of political will that have often restricted the budgets of federal agencies.

“Who knows? Maybe we’ll find the next Elon Musk at Skoltech,” he quipped.