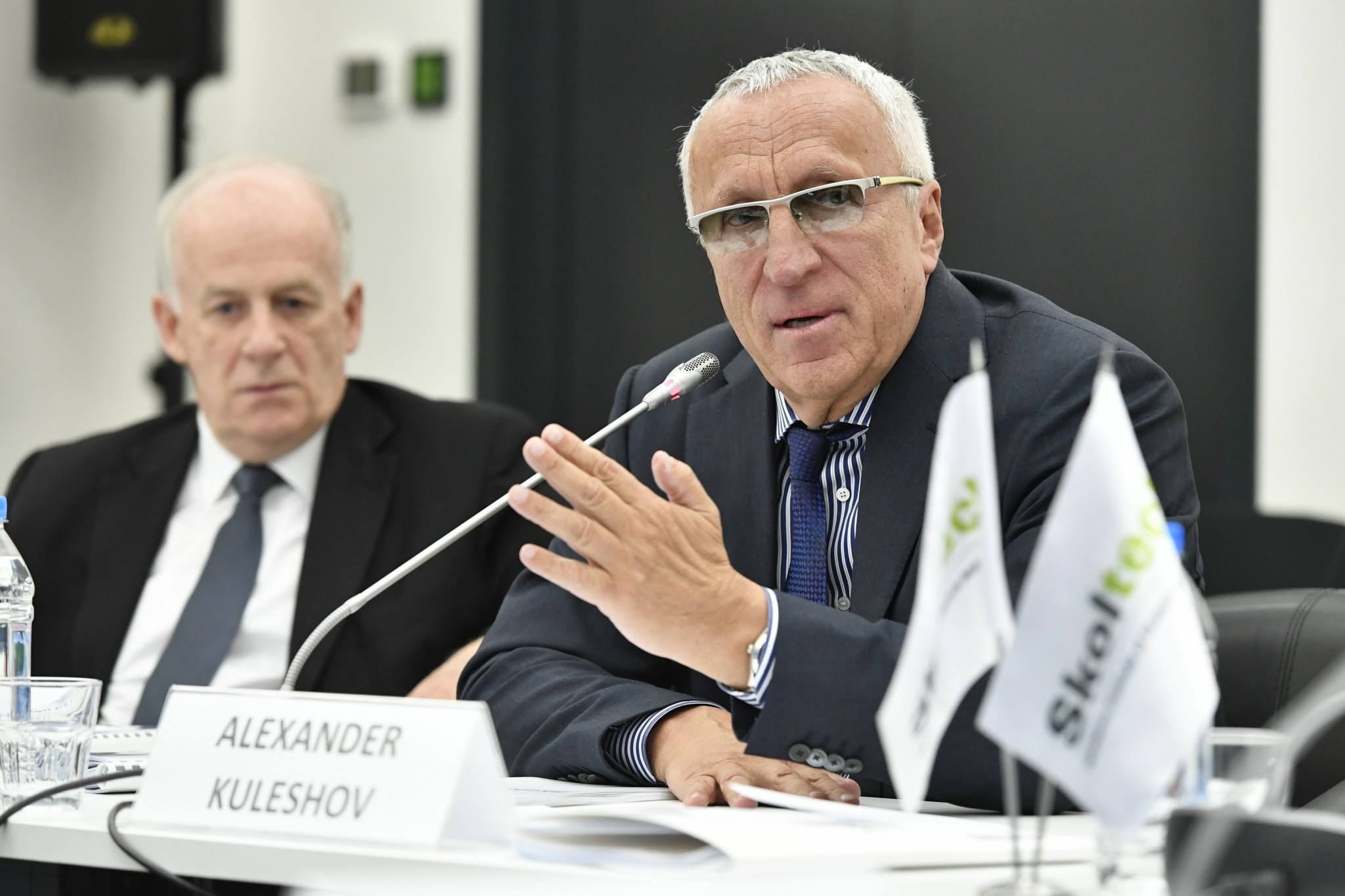 The Council – which comprises several of the institute’s senior faculty members, as well as external experts – voted on the relevant initiatives during a meeting presided over by Skoltech President Alexander Kuleshov.

A key point on the agenda was the establishment of laboratories that are independent of Skoltech’s Centers for Research, Education and Innovation (CREI).

At present, Skoltech’s academic and research activities are divided into a 10-CREI structure. The CREI concept was designed with the aim of spearheading innovative research, delivering scientific growth and generating world-class educational programs. By all accounts, the CREIs have played a critical role in propelling Skoltech to success over the past five years. That said, Kuleshov suggested that the institute could benefit from establishing certain labs that are not anchored to any one CREI.

“The creation of laboratories that are independent of the CREIs will enable them to serve multiple research groups in different CREIs,” Kuleshov said.

He cited as an example the work of Professor Evgeny Nikolaev, an internationally renowned expert in mass spectrometry, a scientific method that can be used to measure the masses of particles and molecules, as well as to identify the contents and chemical structures of molecules.

Following a rousing discussion of the pros and cons of straying from the status quo, the Academic Council overwhelmingly approved the initiative, and agreed to begin work on a pilot project: the Genomics Core Facility, a genome sequencing laboratory.

The lab will be established by faculty members of Skoltech’s two biomedical CREIs: the Center for Data-Intensive Biomedicine and Biotechnology and the Center for Translational Biomedicine, who are expected to attend the next meeting of the Council to outline their plans.

The Council went on to discuss an upcoming self-assessment initiative to be carried out by each of the institute’s CREIs. Each CREI is expected to submit self-assessment materials by the end of May. This process was initiated in order to ensure Skoltech’s continued progress as a burgeoning young institute and to guide its future development.

In addition, the Council approved the establishment of a working group to discuss a potential pilot Bachelor’s program at Skoltech.

Council members largely agreed that creating a Bachelor’s program within the institute would help Skoltech to become more competitive on the global stage, and that in planning the program, the institute should analyze successful programs at other institutes around the world, such as the Massachusetts Institute of Technology and Nanyang Technological University in Singapore. The working group, which will be led by Dean of Education Anna Derevnina, will develop a relevant proposal that it will present at the next Council meeting.

Other topics covered at the meeting included Skoltech’s soon-to-be-release annual report, its Strategic Action Plan 2018-2020 and the accomplishments of the Council’s various committees.

The next Council meeting is expected to take place in late May.