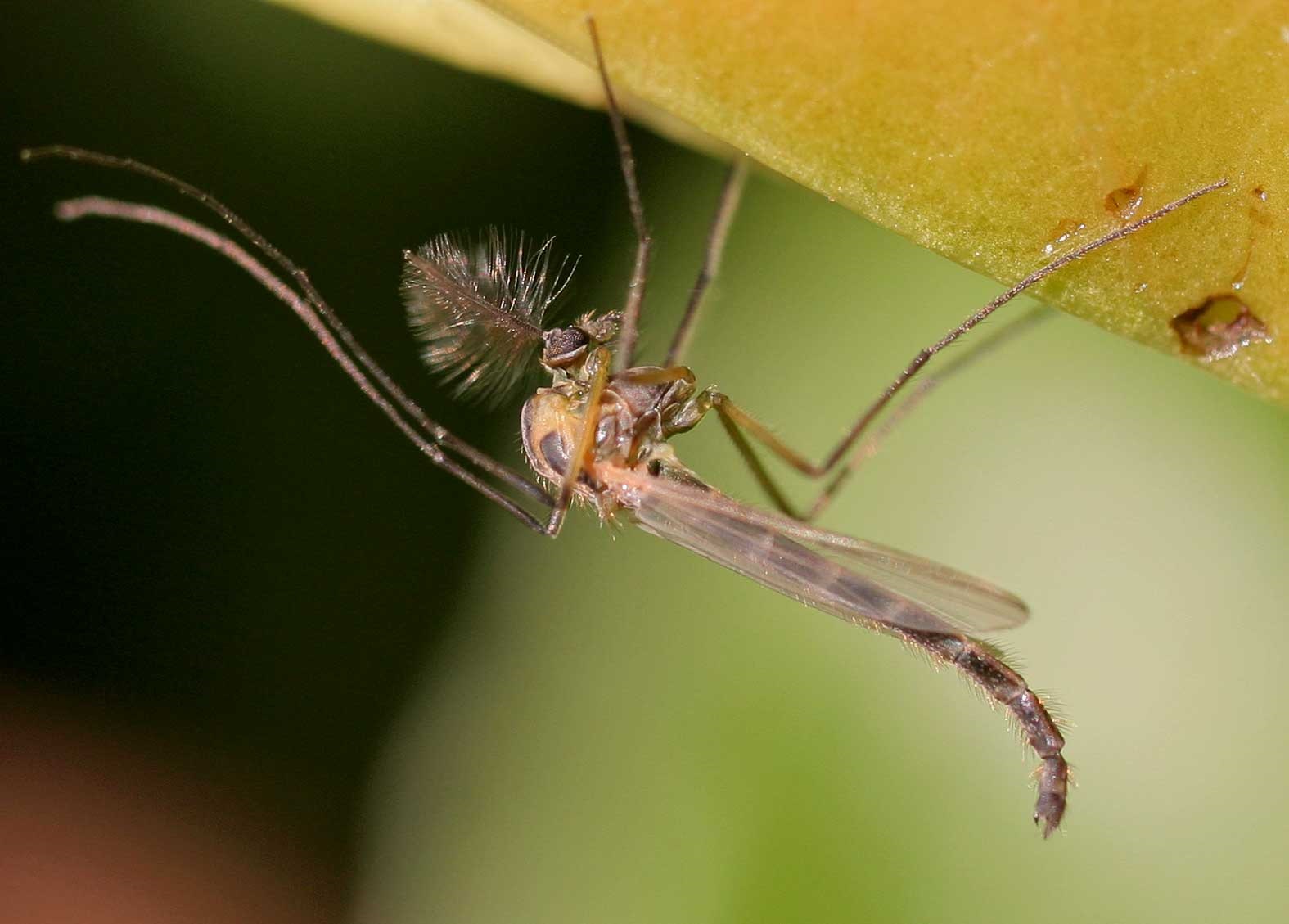 A team of Russian and Japanese scientists led by Skoltech researcher Pavel Mazin have shed light on the evolutionary process by which the Polypedilum vanderplanki, survives periods of drought. The team discovered that the insect has adapted a protein in order to help it survive extremely dry conditions. Their findings elucidate some of the mysteries underpinning the self-drying process, and demonstrate how the conservative protein used therein has gained a new function.

The Polypedilum vanderplanki is a non-biting insect found in sub-arid regions of Africa, such as in northern Nigeria and Uganda. Like the common moth, its larvae live in drying puddles. To survive under such conditions, they are capable of entering a state of anhydrobiosis – a condition whereby an organism dries up nearly completely and ceases physiological and biochemical processes. To enter this state, the larvae replace the water in their bodies with disaccharide trehalose. In this state, the larvae can persist for years and remain resistant to such stresses as the effects of liquid nitrogen and acetone.

However, until now it had remained unclear how the genes responsible for this self-drying process were regulated.

Through their research, the Russian-Japanese team discovered the protein that activates the genes that help Polypedilum vanderplanki larvae enter anhydrobiosis.

They began by using bioinformatics analyses to make predictions, and later confirmed their findings with experimentation.

In particular, they discovered that one of the central players in the process is the heat shock-protein activator, a protein whose functions are well known in many living organisms. Typically, this protein triggers a protective response to stress – a role it performs in a broad range of organisms, from yeast to man.

But Polypedilum vanderplanki have adapted the protein to serve its own survival needs.

According to the study’s lead author Mazin: “The Polypedilum vanderplanki actually took the protein from their own organisms and adapted it for its unique needs. This is an amazing example of the plasticity of regulatory systems – especially such conservative ones. But this is only the first step. The protein found activates about 30% of the genes involved in the drying of the larvae. What activates the rest of the genes and how the reverse process is regulated – i.e., the larvae’s exit from this state – remains to be resolved. “

The results of their study have been published in PNAS.

The Skolkovo Institute of Science and Technology (Skoltech) is a private graduate research university. Established in 2011 in collaboration with the Massachusetts Institute of Technology (MIT), Skoltech offers a world-class graduate education, advances scientific knowledge, and fosters new technologies aimed at addressing critical issues facing Russia and the world. Skoltech conducts its work by integrating the best practices of the leading Russian and international educational and scientific research universities. The university further focuses on entrepreneurship and innovative education. Please visit our website for more information: https://www.skoltech.ru/