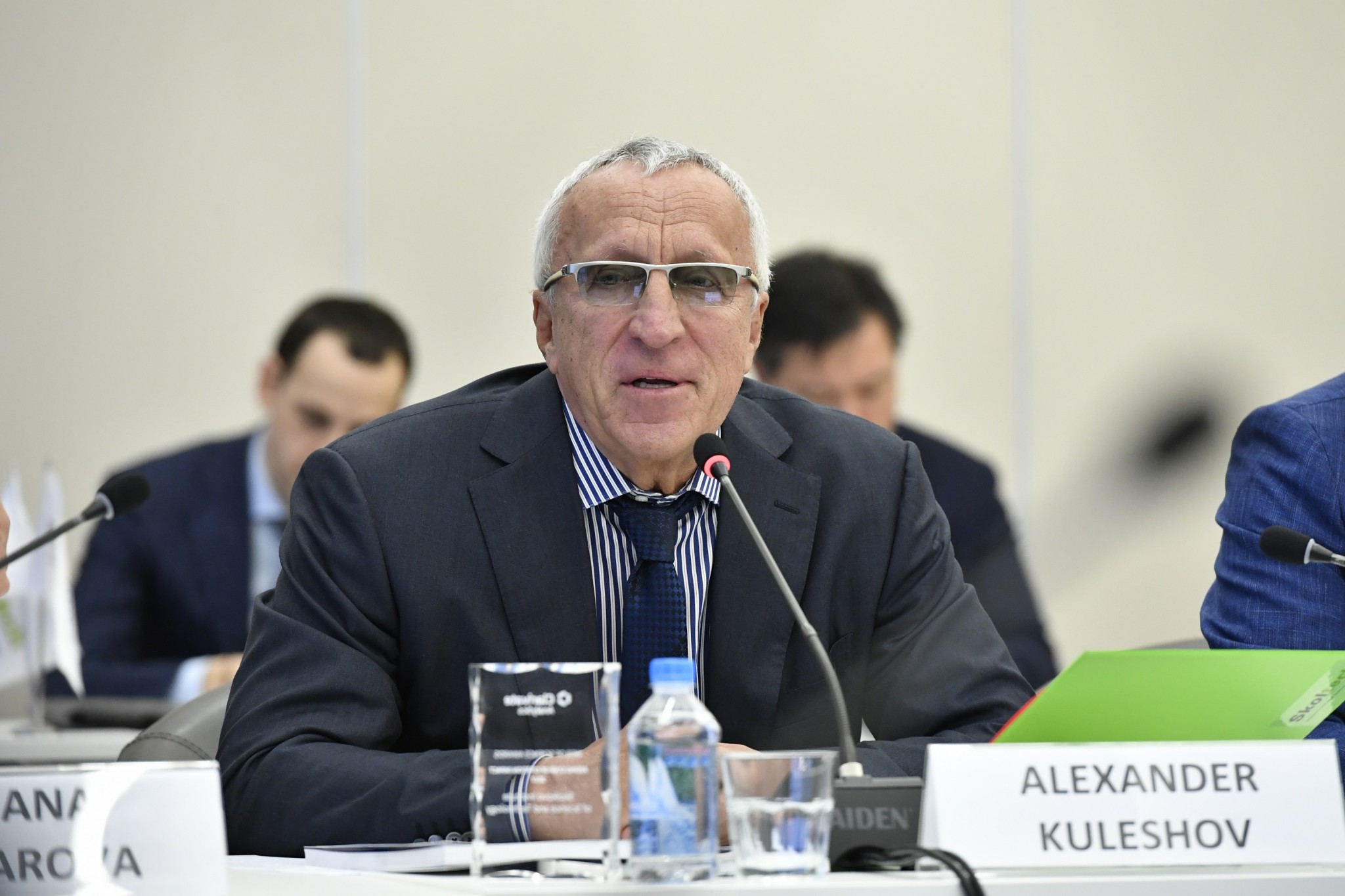 Alexander Kuleshov, pictured at a recent meeting of the Skoltech Board of Trustees. Photo: Skoltech.

Alexander Kuleshov, President of the Skolkovo Institute of Science and Technology (Skoltech) and a Full Member of the Russian Academy of Sciences, has commented on a draft educational system reform developed by the Higher School of Economics (HSE) and the Center for Strategic Research (CSR). In his view, the reform is necessary and timely, since education in Russia is outdated and woefully underfunded.

“Sadly enough, our education is obsolete and desperately underfunded. What we need are a few elite universities that will be provided with enough funds to afford bringing in international experts in ground-breaking areas, such as cutting-edge engineering, biotechnology, and advanced agricultural science, which are virtually non-existent in Russia. What’s even more upsetting is that Russia lacks a global environment that could keep graduates in place after they complete the training,” said Kuleshov.

The Skoltech President explained that the HSE and CSR initiative is a call for the first ever comprehensive educational reform covering all levels from preschool education to researcher training.

“It’s the first time ever that the education issue has been addressed at a highly professional level and, most importantly, in a comprehensive manner. It’s not about higher or preschool education alone, it’s about education as a continuous process. That’s the biggest merit of the draft reform proposal,” claims the Skoltech President.

According to Alexander Kuleshov, education must be reformed to keep pace with the new technologies that have revolutionalized the notion of information. With digital natives, the classical educational methods simply do not work, emphasized Kuleshov.

“In the past, theory came first and was followed by task solving. Now people start by attacking a task and then realize that they lack the knowledge to deal with it properly. Only then do they get motivated to study theory. This is a totally new learning paradigm.  There is no point in discussing whether it’s good or bad. We should make sure that students receive information in the way they are used to receiving it,” concluded Kuleshov.

The joint report “12 Solutions for New Education” was presented by the experts of the Higher School of Economics and Alexey Kudrin’s Center for Strategic Research. The report puts forward a series of measures, including the creation of an early development system for children from zero to three years old, the introduction of AI-based digital training and guidance tools in schools and the construction of 40 gifted education centers in the Russian regions based on Sochi’s Sirius Center model. In the authors’ view, universities should become innovation hubs attracting gifted students and encouraging talented scientists and engineers to stay in Russia. For the initiative to be put into practice according to the best scenario, the education sector will require increased financing from the federal budget amounting to 4.8% of the GDP.

The Skolkovo Institute of Science and Technology (Skoltech) is a private graduate research university based in Skolkovo (Moscow Region, Russia). Established in 2011 in collaboration with MIT, Skoltech cultivates a new generation of researchers and entrepreneurs, promotes advanced scientific knowledge and fosters innovative technology to address critical issues facing Russia and the world. Skoltech applies the best Russian and international research and educational practices, with particular emphasis on entrepreneurship and innovation. Skoltech’s model leverages on the integration of basic and applied research and education. The Institute’s close link with the industrial and business ecosystem fosters frontier research and generates a flow of innovative solutions for the benefit of the Russian economy.

Originally published in Russian by Vesti.