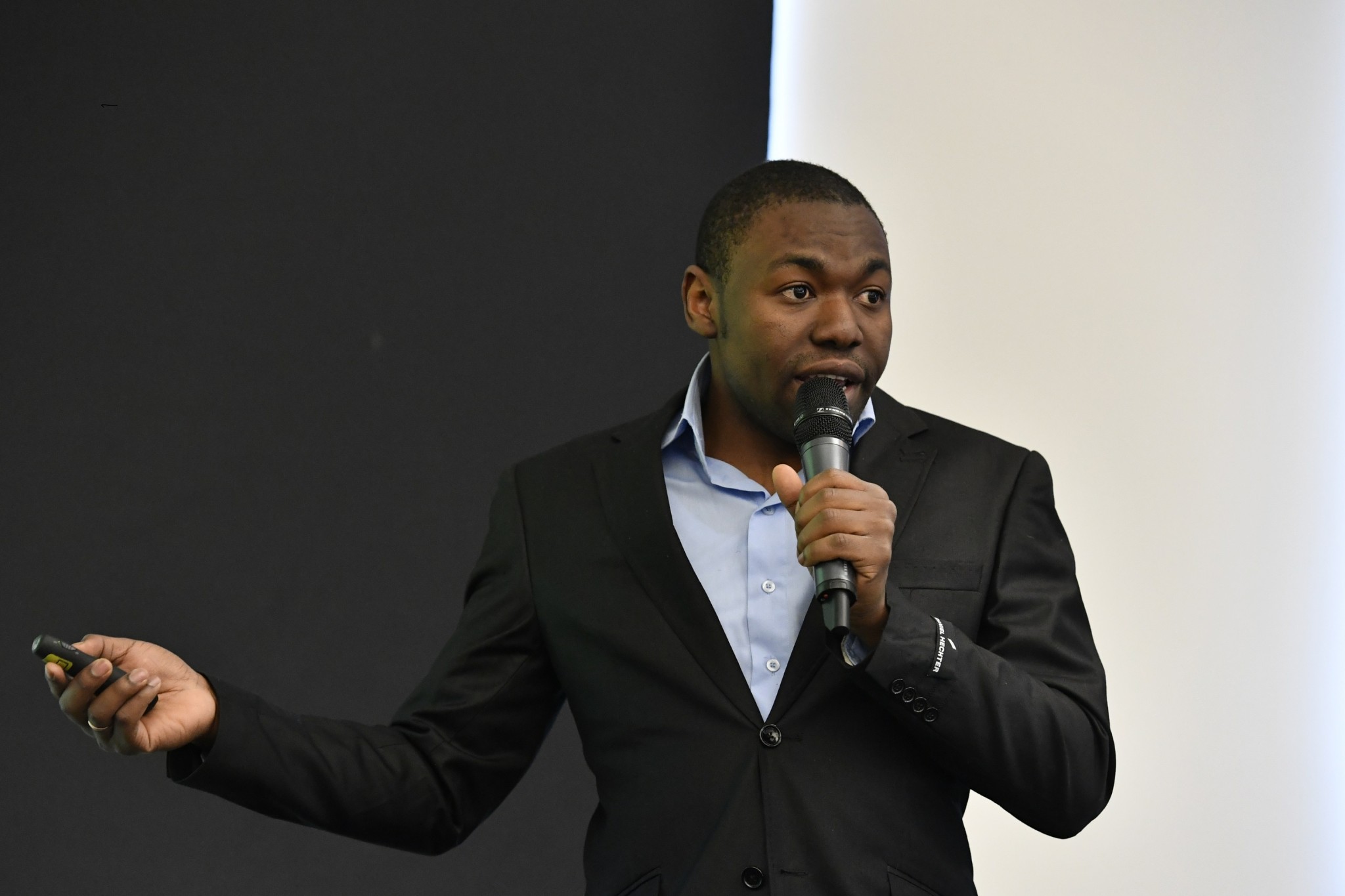 STRIP contender Daniel Kekere, a PhD student with the Center for Design, Manufacturing and Materials, presents his team’s project dedicated to the development of a commercial grade drone traffic management system. Photo: Skoltech.

A technology that can instantaneously diagnose dental maladies with the help of machine learning and data science.

A technology that stands to replace cafeteria cashiers using a combination of video cameras and a state-of-the-art deep learning algorithm.

This may sound like a list of plot devices from a science fiction novel, but in fact, each is a project currently vying for support from the Skoltech Translational Research and Innovation Program (STRIP).

Since its establishment in 2012, STRIP has offered funding and support to Skoltech-led research projects that stand to benefit society at large.

And the most recent iteration of the competition, presently under way, was the biggest yet. The number of applications this year surged to 45 – more than double that of previous iterations.

“In the course of a single year, we’ve had a significant increase in the quality and quantity of STRIP submissions,” said Lawrence Stein, Skoltech’s Vice President for International Business Affairs and Intellectual Property.

“This is key because STRIP is one of the fundamental programs that feed the original mission of Skoltech as an institute that’s engaged in applied research, innovation and commercialization,” added Stein, who – in addition to his vice presidential duties – runs Skoltech’s Center for Entrepreneurship and Innovation. 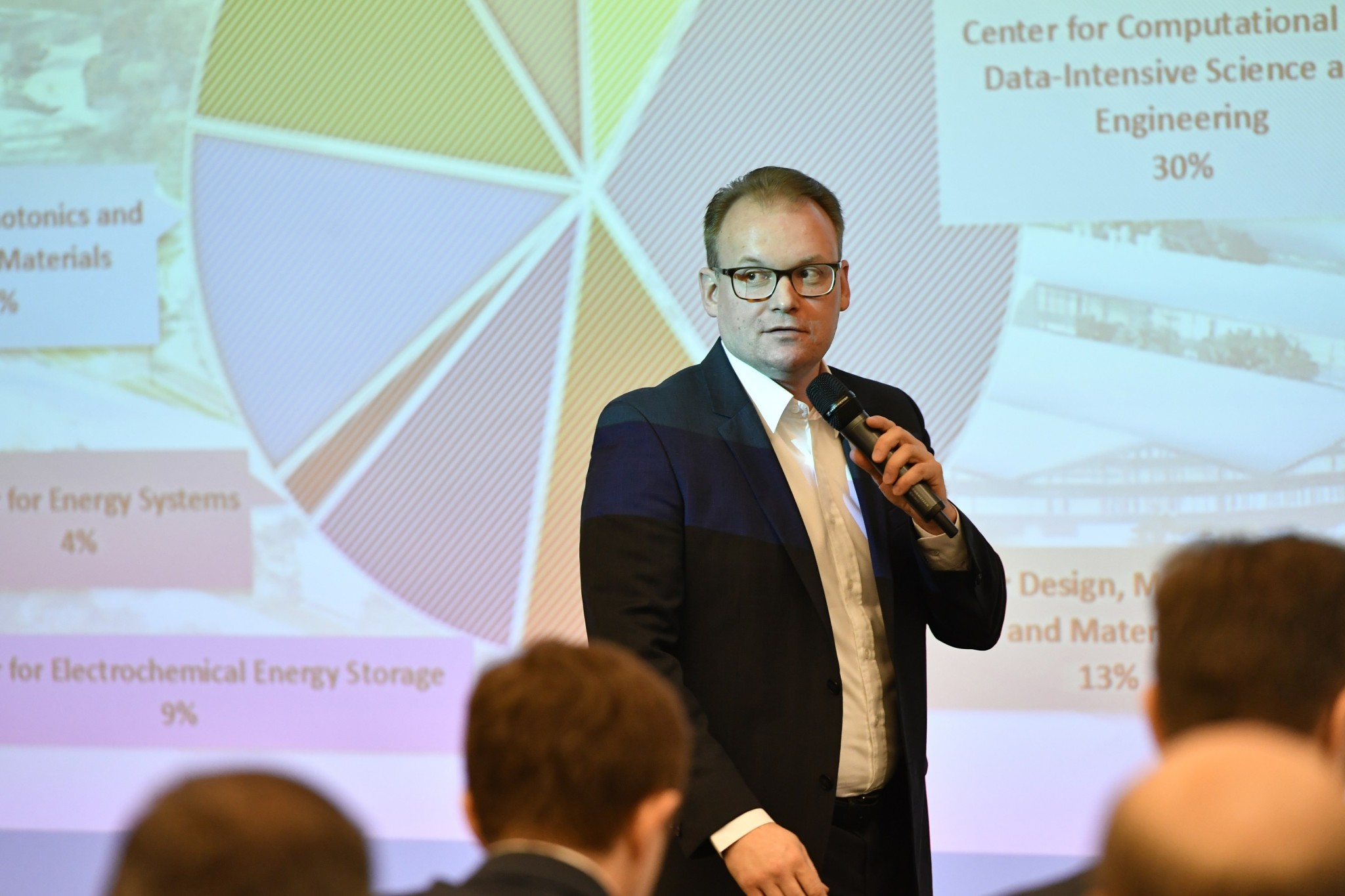 In addition to the examples cited above, projects presented during the latest STRIP panel session ran the gamut from a user-friendly quantum software stack, to the development of a new antibiotic, to a commercial grade drone traffic management system designed to highlight no-fly zones, plan flight routes, and more.

These projects reflect the diversity of Skoltech’s research offerings; teams from across Skoltech’s CREIs are welcome to apply so long as their projects advance the institute’s aim of transferring the results of scientific research into products and processes developed for the good of the general public.

Of the 45 submissions, 22 finalists were selected to present their projects to an expert panel comprising respected scientists, innovators, investors and members of industry – a process that took place last week.

STRIP Manager Rustam Kagirov noted that this year’s experts brought a wealth of practical experience to the competition: “A lot of experts from the Skolkovo Foundation were involved during this selection round. They were very interested in the Skoltech projects and actively shared their expertise. This demonstrates the power of STRIP to pave the way for early-stage, high-risk projects to eventually become startups, such as those supported by the Skolkovo Foundation.”

Among the panelists present at last week’s selection event was Kendrick White, CEO of the Nizhny Novgorod-based Marchmont Capital Partners and an American investor who has spent the past 25 years in Russia funding technology-driven projects and mentoring young entrepreneurs. 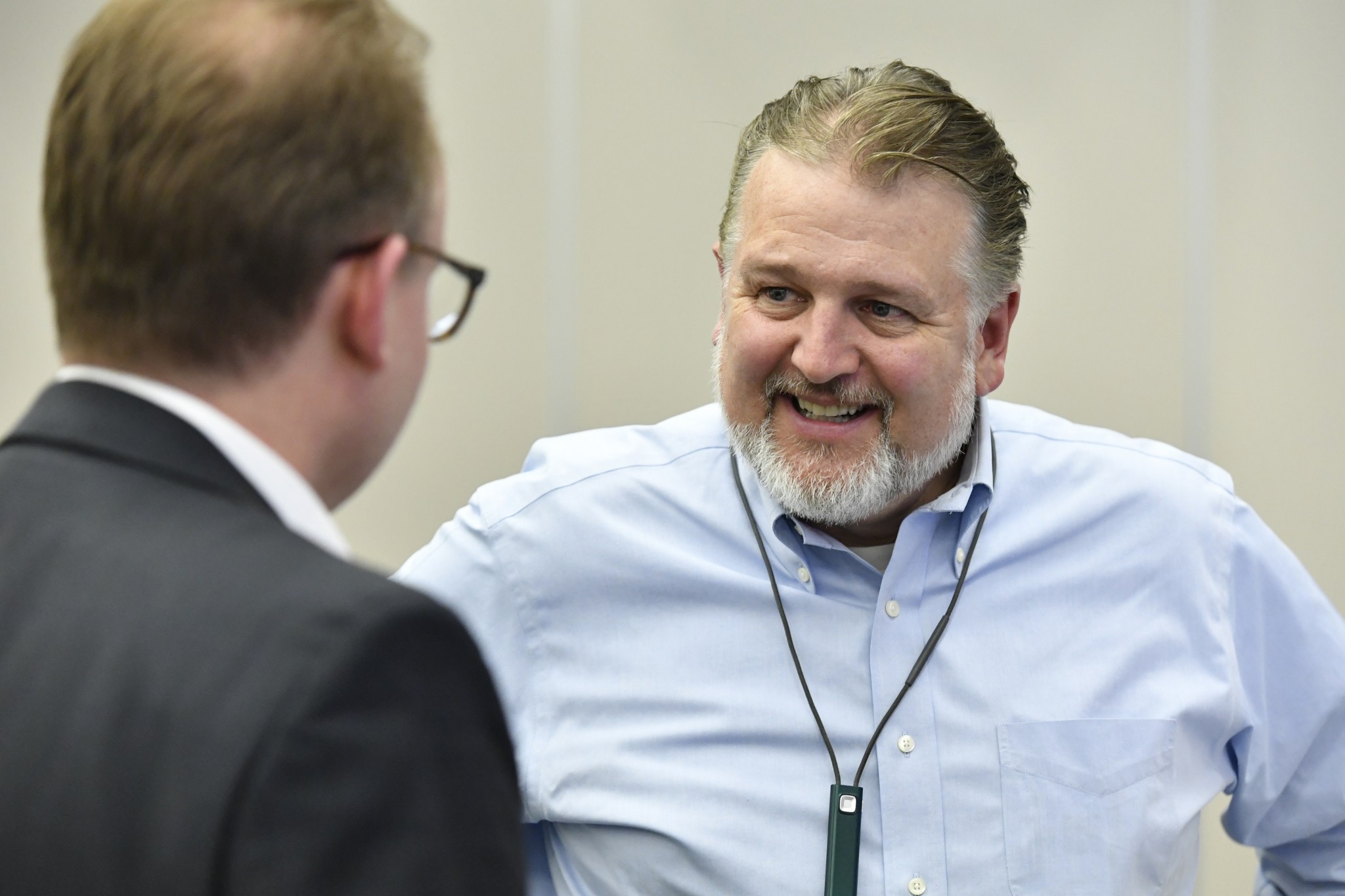 When looking for a project to invest in, White said that he focuses on several key points:

“I look at factors like psychology, team composition, what kind of market research they have done, what kind of positioning they have, what their goals are and budgeting,” he said, noting that his expertise is in finance and marketing, so he typically entrusts consideration of the tech side of each project to his team of scientific consultants.

With respect to team psychology, he noted that he’s always wary of a project that seems to be centered on one leader. “I would rather put my money on a team of strong people with different characteristics that have a lesser second-tier technology, but they have a really good team. And if that team is going to listen to me as a business advisor, that’s also critical,” he said.

Over the next few weeks, the panelists will select the projects that will receive STRIP’s comprehensive support. This includes financing of three to five million rubles to be used during the course of an 18-month period. In addition, each winning team will receive support in the form of two mentors with proven track records in the commercialization of R&D. Once a project has been developed, STRIP connects its team members with potential end-users who may have an interest in investing in their projects.

Skoltech developed STRIP on the basis of the translational research methodology, which was developed by the Massachusetts Institute of Technology’s (MIT) Deshpande Center for Technological Innovation. This methodology aims to provide all necessary resources to pave the road for socially valuable projects from conception to market.

The room was packed during the STRIP panel presentations. Photo: Skoltech.