In a scientific achievement recently featured on the front cover of Nature Photonics [1], the leading journal in the field, researchers from Skoltech and collaborators from IBM Research in Zurich, Switzerland, and from Wuppertal University, Germany, reported a novel type of all-optical transistor based on organic polaritonics technology. The conclusion of more than two years of close partnership between IBM Research – Zurich and the Skoltech polariton foundry led by Prof. Pavlos Lagoudakis, this seminal article presents for the first time a room temperature all-optical polariton transistor offering a record amplification coefficient. This is believed to be a crucial step in the development of all optical logic circuits, bringing optical computers much closer to reality [2]. 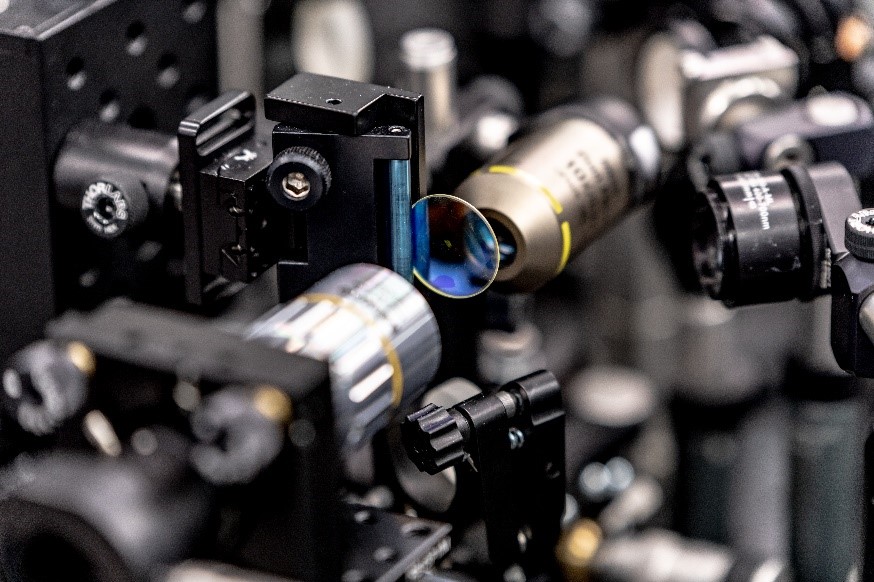 Conventional computing systems, such as the laptop on your desk or the smartphone in your pocket, all rely on electrical transistors, perhaps the most significant invention of the 20th century. Such transistors use electrical currents (a flow of electrons) to perform the fundamental logic operations required for the binary processing of our everyday devices. As they move around integrated circuits, electrons bump into one another and release waste energy in the form of heat (that you can feel right now if you’re holding your phone). While the amount of energy wasted in a smartphone is negligible, billions of devices and thousands of data centers add up. It is estimated that the global information and communication technologies (ICT) sector currently consumes about twice as much electricity as the whole of Russia and could grow to consume 1/5 of the world’s electricity by 2025. By replacing electrons with photons (the fundamental component of light), an optical computer could bypass this fundamental issue and offer processing at the speed light using much less energy. This breakthrough provides a new exciting way to build the fundamental building block of this holy grail of computing: an all-optical transistor.

While photons may seem a perfect substitution for electrons, their very weak interaction strength (or capacity to “talk” to each other) have so far made logic operations elusive: having perfect signals on a chip is useless if you cannot sum or subtract them. To surmount this problem, researchers from Skoltech and collaborators from IBM Research – Zurich developed a novel organic semiconductor structure capable of “mixing” light and matter. Light entering this structure remains confined within it, which allows it to interact with matter. In this process, light is turned into a hybrid form of light (photon) and matter (electron) by forming so-called polaritons. Effectively giving photons a mass, polaritons are able to interact: an optical transistor can be built and logic operations are now possible! Offering state of the art performance, the novel all optical polariton transistor introduced by the researchers leverages the strong polariton interactions to enable ultra-fast operation. The team demonstrated potential speeds of up to 2 THz, about 1000 times faster than standard processor clock speeds. While similar work was previously limited to ultra-low temperatures, the use of organic semiconductors allowed the researchers for the first time to push operation to room temperature, a quantum leap towards integration in real world devices. 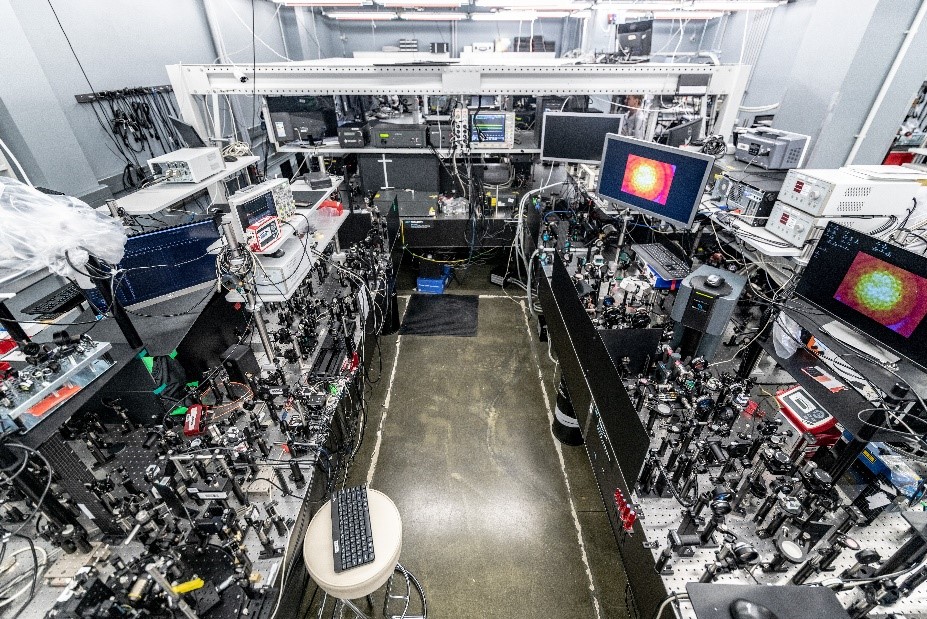 Image: Skoltech Hybrid Photonics Lab (zoom in to the bottom left of the photo to see the organic polariton setup!)

While creating a single optical transistor is in itself a significant achievement, logic operations require multiples transistors to be connected to one another, in other words demonstrate cascadability. While several concurrent optical transistor technologies currently exist, cascadability have proven so far very difficult or even fundamentally impossible to obtain, thus strongly limiting practical applications. In contrast, by “daisy chaining” up to 3 transistors to create fully functional AND and OR logic gates, researchers offered a clear demonstration of the scalability of their technology. The basis of digital circuits, a logic gate takes 0 or 1 on its two inputs and outputs 0 or 1 based on predefined rules. The AND gate demonstrated in this work for example only returns 1 if its two inputs are 1, while the OR gate returns 1 if either one of its two inputs is 1. Scalability effectively requires the connection of the output of one transistor to the input of several others, typically a lossy process. It is then critical for a transistor to overcome interconnection losses by amplifying its input signal into a much stronger output signal. The team demonstrated that they could amplify the input optical signal by as much as 6500 times and obtained record microscale amplification coefficients, with values up to 10 dB/micrometer. In the coming years, the research team plans to expand this work to create full logic circuits based on polariton technology and to develop a more complex so-called “universal logic gate” from which all other logic operations can be built. 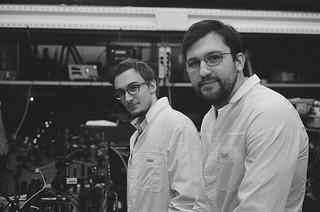 Established less than three years ago, the team of young researchers led by Professor Pavlos Lagoudakis has shown rapid growth in developing and establishing complex photonics capabilities. Anton Baranikov, a Skoltech PhD student and article co-author, declared that, “A very complex optical set-up had to be built to obtain these results, which really required countless sleepless nights for me and the other members of the team.” Anton Zasedatelev, Skoltech researcher and lead author on the article, added that, “The Skoltech Hybrid Photonics Lab uniquely combines cutting edge equipment with a team of talented and motivated young researchers. This was really the key to getting such exciting results! I believe that one day photonic CPUs operating at the speed of light will become an industrial standard like optical communications technologies nowadays.”

The groundbreaking results published in Nature Photonics are a great example of the exciting collaborative projects developed between Skoltech and its industrial partners. Leveraging the talent and know-how of the Hybrid Photonics Labs and the expertise of IBM Research – Zurich, scientists managed to demonstrate a novel all optical transistor and to even integrate it into logic gates. This patent pending technology could potentially be one of the fundamental building blocks of tomorrow’s high efficiency and high power computing platforms.