The Skolkovo Institute of Science and Technology (Skoltech) and its partner, Paulsen Publishers, presented the book, “Mathematical Walks. A Collection of Interviews,” at the Red Square Book Festival held in Moscow on June 1-6, 2019. As part of the program, the authors and characters of Skoltech’s sci-comic book, “That’s True,” took part in the discussion, “What are sci-comics and why read them?” 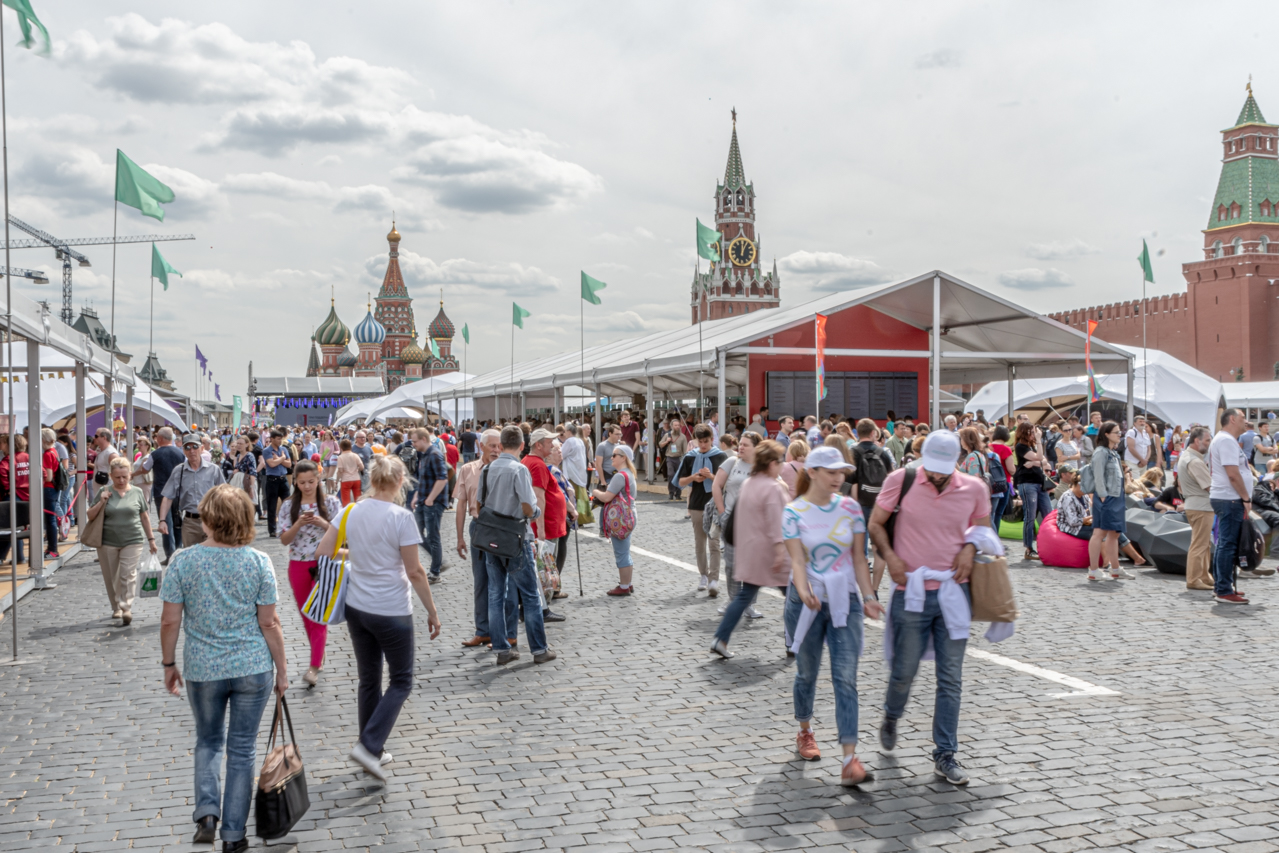 It is for the third year in a row that the Red Square Book Festival has featured “Mathematical Walks,” which, according to Paulsen, confirms the reader audience’s unfailing interest in science education literature. 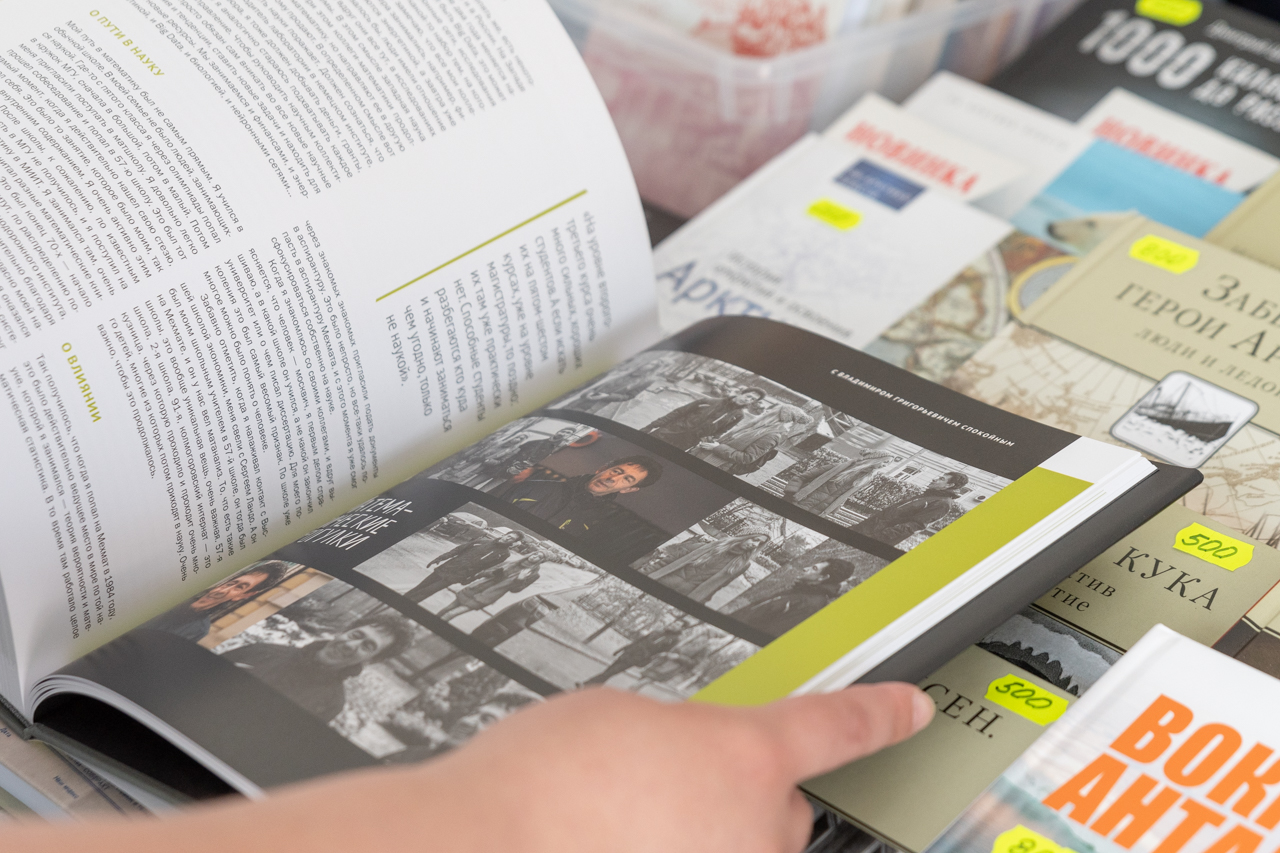 Earlier, Skoltech presented upwards of 300 copies of “Mathematical Walks” as a gift to the winners of the Moscow Mathematical Olympiad for School Students and the International Mathematical Tournament of the Towns.

On Saturday, the characters of “That’s True,” Skoltech professors Mikhail Gelfand and Tatyana Podladchikova, PhD student Dmitry Sutormin, the comics writers and artists, and Denis Stolyarov, the project producer and Head of the Student Outreach and Recruitment Office at Skoltech, took part in the discussion, “What are sci-comics and why read them?” 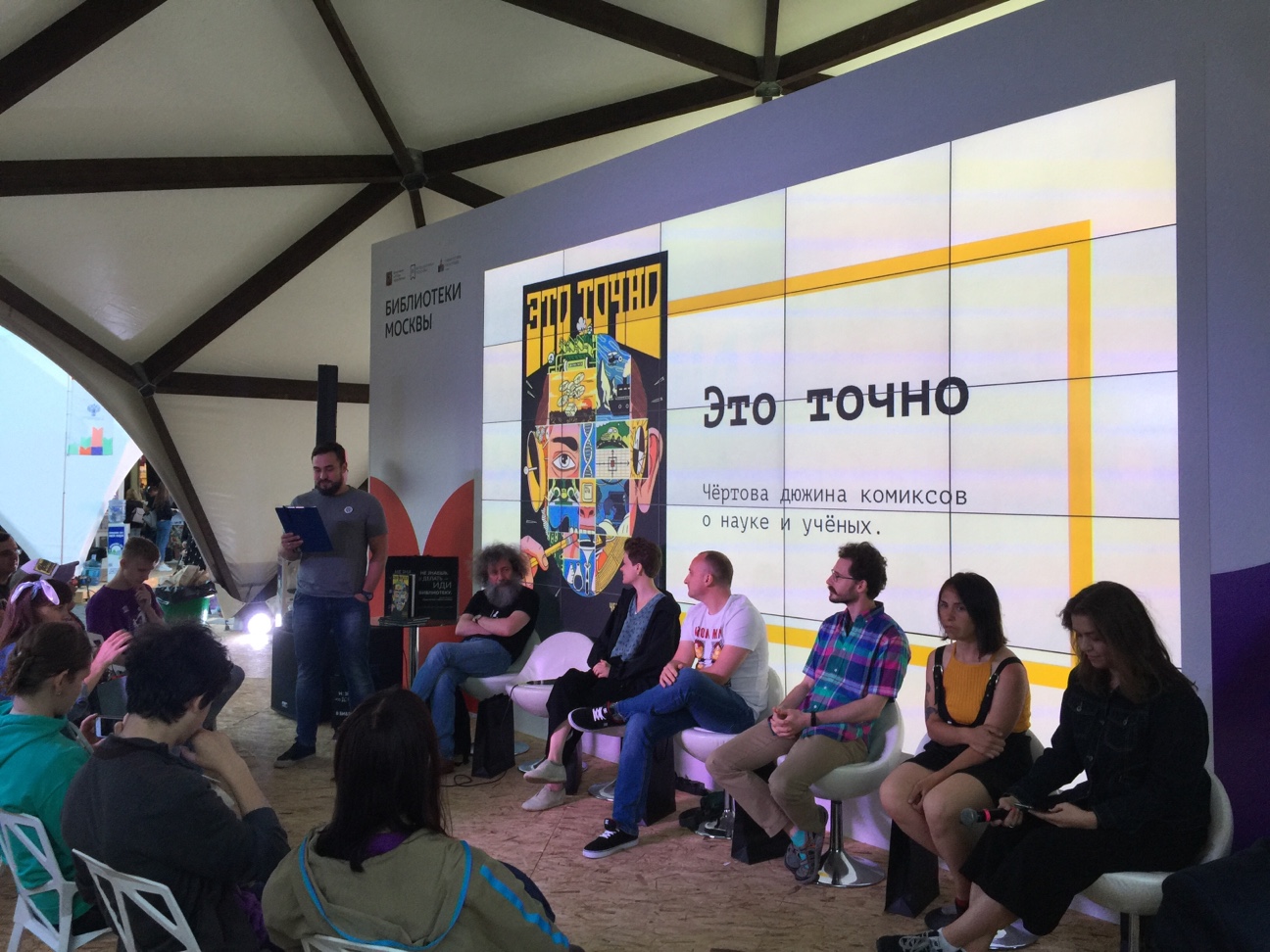 “I can say with confidence that in the several months since “That’s True” came off the press, Russian readers have gotten to know and like the sci-comic format ‒ it’s very rewarding to watch school and university students alike take genuine interest in the book, and artists team up with scientific journalists to create new sci-comics,” says Stolyarov.

Published by Paulsen 2017, “Mathematical walks. A Collection of Interviews” marks the culmination of the larger eponymous scientific and educational media project initiated by Skoltech and the Institute of Information Transmission Problems (IITP RAS), featuring a year-long series of interviews with renowned scientists and mathematicians published in Ogonyok, Schrödinger’s Cat, Postnauka, INDICATOR.RU, and Troitsky Variant. The project won a flurry of Communication Laboratory Awards from the Russian Venture Company (RVC) and the Educator Award in the Neformat category in 2017. The full collection of interviews can be found on https://www.skoltech.ru/mathwalks.

Eksmo published a joint creation of Skoltech and Schrödinger’s Cat, the sci-comic book, “That’s True,” at the end of 2018 in an edition of 5,000 copies. The book features 13 picture stories, each based on a real piece of research that was or will be published in a leading scientific journal. The comic describes the work of the Skoltech scientists and their colleagues from leading Russian and foreign universities in a simple and funny way, focusing on the research areas that gain world attention.  The book was awarded the 2nd Degree Diploma of the 5th All-Russian Award, “For Fidelity to Science,” in the “Breakthrough of the Year” category.

Held under the banner of the Year of the Theater and the International Year of Indigenous Languages, the fifth Red Square Book Festival will culminate in the celebration of Alexander Pushkin’s 220th anniversary on June 6. As the country’s major book event, the festival boasts an enormous book display stretching across Red Square from St. Basil’s Cathedral to the History Museum and runs over 700 events on a dozen sites. Entrance is free.