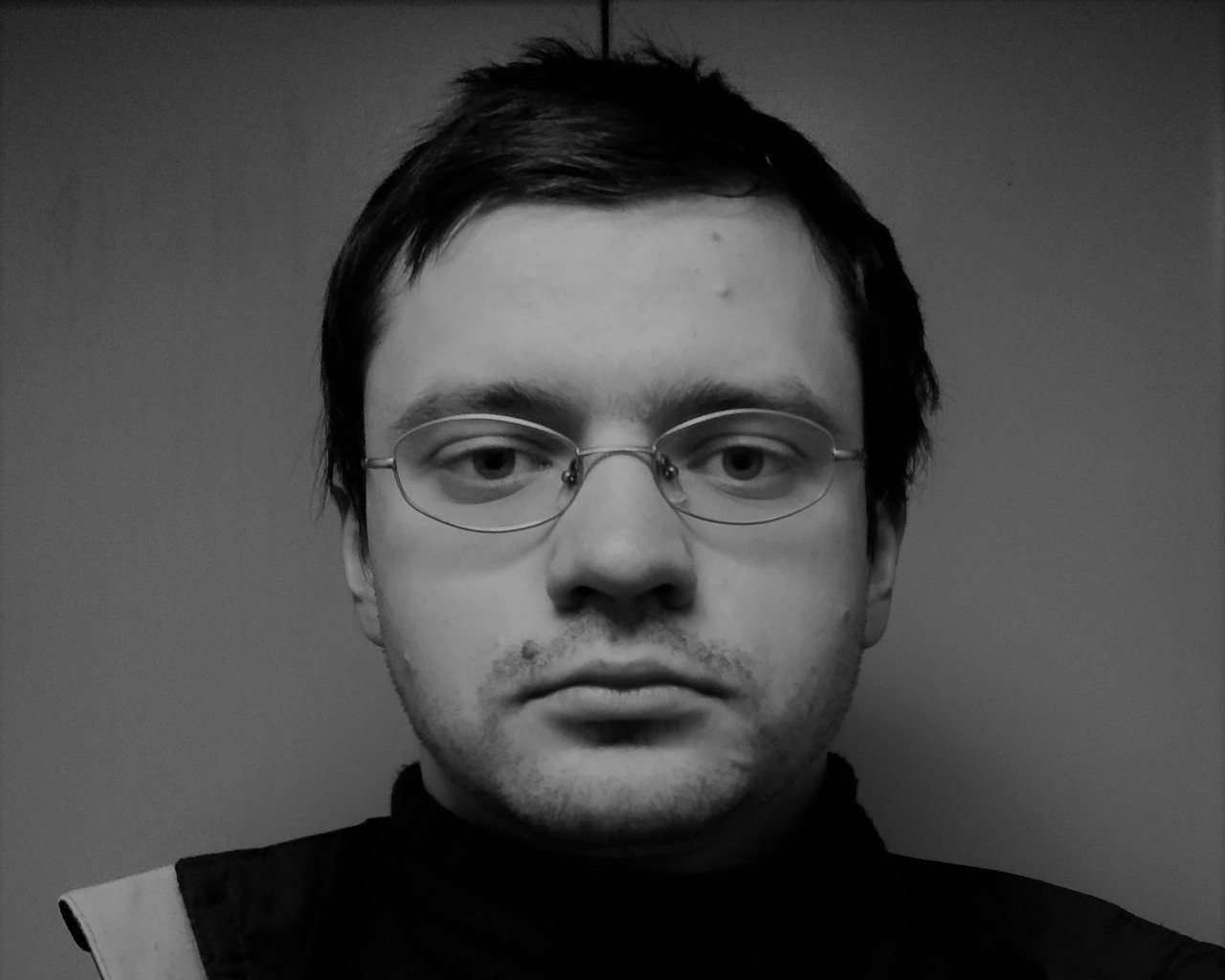 Alexey Tsapenko is among the first PhD graduates of Skoltech’s Center for Photonics and Quantum Materials. His thesis, “Enhancing Optoelectronic Performance of Randomly Oriented Single-Walled Carbon Nanotube Films”, focuses on carbon nanotubes, a field of technology that could be a benefit to many industrial sectors, particularly cars, aircraft, wearables, and touchscreen technology.

The carbon nanotube is a material that is as useful but cheaper than rare earth materials (elements that are essential for manufacturing touch technologies), is better for the environment, and which can be produced pretty much anywhere with the appropriate equipment. Over the course of a half hour, Alexey talked about some of the ins and outs of his thesis, giving an outline on the potential role carbon nanotubes could have as a green alternative to the current materials that are still in mainstream use for conductive materials. He also talked about his experience as a PhD student at Skoltech and what he would like to pursue now that he has graduated.

1. What was your educational background prior to becoming a PhD student at Skoltech?

Prior to joining Skoltech, I successfully completed my studies at Bauman Moscow State Technical University (BMSTU) where my major was optoelectronic systems and devices for scientific research. While studying there I also began to work together with researchers from both BMSTU and several institutes of the Russian Academy of Sciences. This all expanded my competencies in material characterization and experimental optics to the required level for a position at Skoltech back then.

2. When did you join Skoltech and why?

I started my journey at the end of 2014 after a set of interviews. My main reasons for joining were to work at the forefront of industry-related research as well as be surrounded by people with the same passion and commitment towards science, technology, and innovation. I realized that this was the right moment to be part of a newly created institute in my home country, one with possible complications and difficulties at its very beginning but with great potential.

Let’s start with the basics. We’re all familiar with graphite, correct? It is a common choice in school as a tool for writing or drawing, it being the main component in pencils. However, graphite is not the only form of carbon atom arrangement that exists in nature. There are many others such as diamonds, buckyballs (ball-shaped structures), graphene (a single layer of graphite), etc.; and then there are nanotubes.

What do we mean by a carbon nanotube? Typically, we mean a tiny tube that is composed only of carbon atoms with a nanometer (nm) – one-billionth of a meter – diameter scale. The atoms forming a single wall of this nanotube can be ordered in a particular way along the tube axes (nanotube chirality). This gives unique features of so-called 1D nanostructures and materials made out of them, including thin films. If we place nanotubes chaotically one on top of another during the production stage, we end up with a nm- or µm-thick film that will consist of randomly oriented single-walled carbon nanotubes.

4. In what ways are they a promising material?

To start with, this film could be a thousand times more conductive than copper; it can also act as a semiconductor for semiconducting devices (transistors, diodes, etc.), and have a high transparency while remaining non-reflective (contrary to our glossy smartphone screens today). Moreover, this is an extremely simple material to prepare and one of high value; a single-walled carbon nanotube film is ready to be used for a particular task right after the synthesis stage. We use carbon gases (such as carbon monoxide) taken from the atmosphere to produce it; bringing those gases into an aerosol reactor, we synthesize the material and deposit it onto a surface the industry requires. To make it even simpler, we take gas and turn it into printable electronics without environmental issues.

Going back to the random orientation that I mentioned earlier, this gives the nanotube film an additional, unprecedented if not extreme flexibility and stretchability, which you can find in no other material at the moment. The future is all about making things flexible, moldable, foldable, and to be interactive on any surface.

5. Your thesis mentions Huawei and Samsung releasing foldable touch screen phones that employ SWCNTs. What do such SWCNTs/conductive polymers contain? The reason I ask is because my understanding of touch screen technology is that it utilizes rare earth minerals.

Indeed, most of the devices that we use require both high conductivity and transparency features (so-called transparent electrode features). These include the screens for our smartphones or wearable devices, heated windows in cars or the cockpits of aircraft, and Indium Tin Oxide (ITO) as well as other metal oxide films are the most common choice for this. To produce these metal oxide films incorporated into our screens, we use rare earth elements such as indium.

This brings us to the broad and quite serious problem with rare earth materials. The problem relates to the fact that they are  not environmentally friendly, are expensive to produce and recycle, and the limited raw material resources are mainly concentrated in China. Another issue is that the devices that utilize ITO-based films cannot be easily bent, shaped or folded, because they are rigid and flat, which can cause cracks and so on.

There are materials other than metal oxides that are used in the screens of foldable products that have been released recently. I can only speculate on the possible materials and technologies used to produce them; that is company knowledge. The other possible variants that are known in the literature are transparent and conductive, flexible and heat resistant synthetic polymers (polyimides, PEDOT:PSS, etc.), composite materials made of a thin layer of noble metals encapsulated between thin metal oxide plates, and novel types of glass. Then, of course, there is the single-walled carbon nanotube and related carbon films.

In this sense, my thesis focuses on the market for ITO replacement. The industry is looking for a replacement for this old technology, and my thesis aims to provide a green solution to the current use of brittle materials with which we can only make flat surfaces with little or no design freedom.

In finding and creating the right material solution, the randomly oriented single-walled carbon nanotube films were characterized by optical and electrical points of view. It was proposed that the low conductivity issue of the randomly oriented nanotube films could be overcome with a modified version of the well-known absorption doping approach. This approach allows us to keep the excellent mechanical and optical properties of the nanotube-based films while drastically increasing the overall film conductivity to the same level of ITO or even more.

6. Can you give some examples of everyday technologies in which carbon nanotubes are used?

It is still a growing and evolving market, but one with the potential to reach a value in the billions or maybe even the trillions of dollars. An example is the Finnish company, Canatu, which focuses on complex 3D touch surfaces and displays, including control panels for cars. The OCSiAl company portfolio includes solutions for the following industries: energy storage and batteries, elastomers, composites, paints, coatings, resins, and there are many other companies focusing on electronics and photonics applications. There are many areas and technological processes in our everyday life that can be improved with the use of nanotubes.

7. What were the main challenges that you encountered during your PhD and thesis defense?

I would not call them challenges, but complex problems that I faced and overcame. This is similar to the idea behind the famous quote: “The future is not a gift. It is an achievement.”

At the very beginning of my studies, we only had tables and chairs and not a single instrument or special equipment with which to conduct our experiments. How in the world could we decide to join Skoltech? There were many reasons, but the main one is to do with the people — individuals who initiated and supported this project, who joined the lab, and who understood the challenges but had a specific goal in mind, that being to create a place to work without national boundaries for research.

Throughout my work, I met many professionals, in particular both of my supervisors Prof. Albert G. Nasibulin (Skoltech) and Prof. Esko I. Kauppinen (Aalto University), who were ready to help and assist me with knowledge and skills in this field, which was quite new to me. The double degree gave me the possibility to use the advantages of both universities. For that reason and by doing research in such an environment where everything has a mutual purpose, it really boosted our evolution as a team into a multinational lab capable of solving forefront problems. In my opinion, it is mainly all about the right people who make things work properly.

Concerning my own research, we tried to develop a variety of new approaches for enhancing the optoelectronic performance of the nanotube films and tried to do this in a completely different and better way. This, of course, did not work from the very first attempt or from the second or even the third time. However, failure is a wonderful starting point because sometimes something might be done wrong and through proper thinking and additional experiments, it can be overcome. The feeling that there is something novel drives me and helped me in my studies and thesis defense.

8. What are your next steps now? Would you like to pursue your research further or perhaps enter the commercial sector?

Being an experimentalist, my motivator is the discovery of new things, but it is still breathtaking when your peers and colleagues recognize your work as something that could eventually evolve and be incorporated into real products. As a result, I’m now applying for several positions in both academia and industry; these are for the most part with a scientific leaning.

What I would also like to mention about research at Skoltech is the assessment criteria used for our work. The work should have logical rigor, novelty, and the relevancy should be obvious. This creative approach allows for the discovery of the frontier of science that everyone is looking for.