Skoltech researchers have leveraged their unique experimental data and expertise in rock modeling to test a theoretical model of rock thermal conductivity commonly used for the search, exploration, and development of oil, gas, and geothermal fields and in radioactive waste disposal. The study, published in the journal Geothermics, describes a way to significantly improve the model. It is carried within the world level scientific center “Rational development of liquid hydrocarbon resources of the planet”. 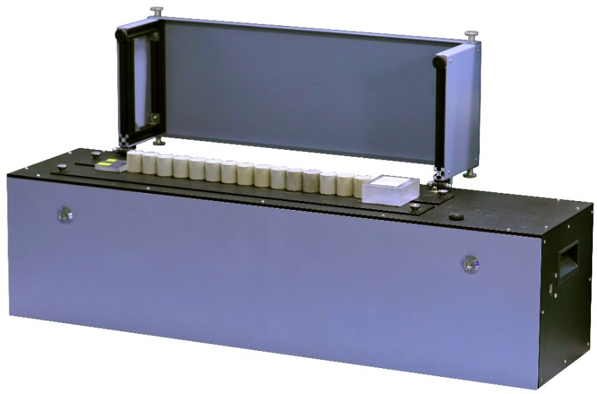 Rocks are difficult to study and model due to their diverse compositions and fabric (structural features), which reflect their formation conditions over millions of years. Their properties are much harder to study compared with those of industrial materials, since rocks are heterogeneous and uniquely structured by nature. The situation is further complicated by the shortage of rock samples for lab experiments, so it is unsurprising that scientists have to make do with theoretical modeling using approximations that largely oversimplify both the structure and the properties of rocks. This results in poor quality of input data and low reliability of the modeling tools used in the oil and gas and geothermal power industries, radioactive waste disposal, and by other professionals who rely on insights about the underground thermal regime.

“We tested the performance of the most popular theoretical model of rock thermal conductivity and found major errors in its outputs, which led us to describe a way to improve thermal conductivity modeling,” paper co-author and Skoltech Professor Yuri Popov says. “Our study relied on Skoltech’s extensive theoretical expertise and a large-scale experiment, which involved nondestructive high-precision measurements of the thermophysical properties of rocks. We used our unique in-house equipment on a vast array of samples, studying as many as 1,750 rocks from different regions — a most valuable collection of natural material that we received from Skoltech’s industrial partners owing to our close collaboration.”

“The reliability of thermal conductivity data is often neglected in practice: Some believe that an error in these values has little effect on the calculation results, while others argue that they know everything about the thermal conductivity of rocks and can easily calculate it. Still others resort to the default values ​​in their simulators. Previously, we showed that a lack of up-to-date thermophysical properties could lead to major errors of several dozen percent, for example, in heavy oil production forecasts — a nasty surprise for many experts. If, however, the improvements we propose are implemented in thermal conductivity modeling in simulators, the reliability of the production forecasts will substantially increase,” Skoltech Leading Research Scientist Evgeny Chekhonin notes.

“While our suggestions for improving the quality of thermal conductivity modeling make that process more complicated, this nevertheless demonstrably leads to significantly more reliable estimates of the target parameter. When it comes to porous and fractured reservoir rocks, such predictions are important not just for hydrocarbon extraction, but also for geothermal energy. Beyond that, reliable thermal conductivity estimates are crucial for underground radioactive waste storage, because this minimizes the risk of rock overheating, which might lead to further fracturing and hazardous fluid leakage toward the land surface,” professor Popov adds.