A walk with Alexander Bernshteyn 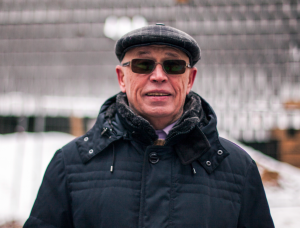 Alexander Bernshteyn, leading research scientist of Skoltech and IITP RAS, accepted the invitation of PostNauka editors to participate in the ‘Mathematical walks’. After the voyage, Professor Bernshteyn noted: ‘When I was offered to take part in Mathematical walks, I was really doubting, as I don’t consider myself to be significant in the actual mathematical world. But then I thought – my life story would be an example of the fact that the big desire to do math is possible to realize, and in application-oriented activities the success is usually achieved in real issues where ‘the mathematical essence’ is revealed, and the new look at this essence has often been a way to success”.