Scientists from the Skolkovo Institute of Science and Technology (Skoltech; Russia) and Yerevan State University (Armenia) have predicted a new surface reconstruction of RuO2, which explains the origin of charge storage in supercapacitors 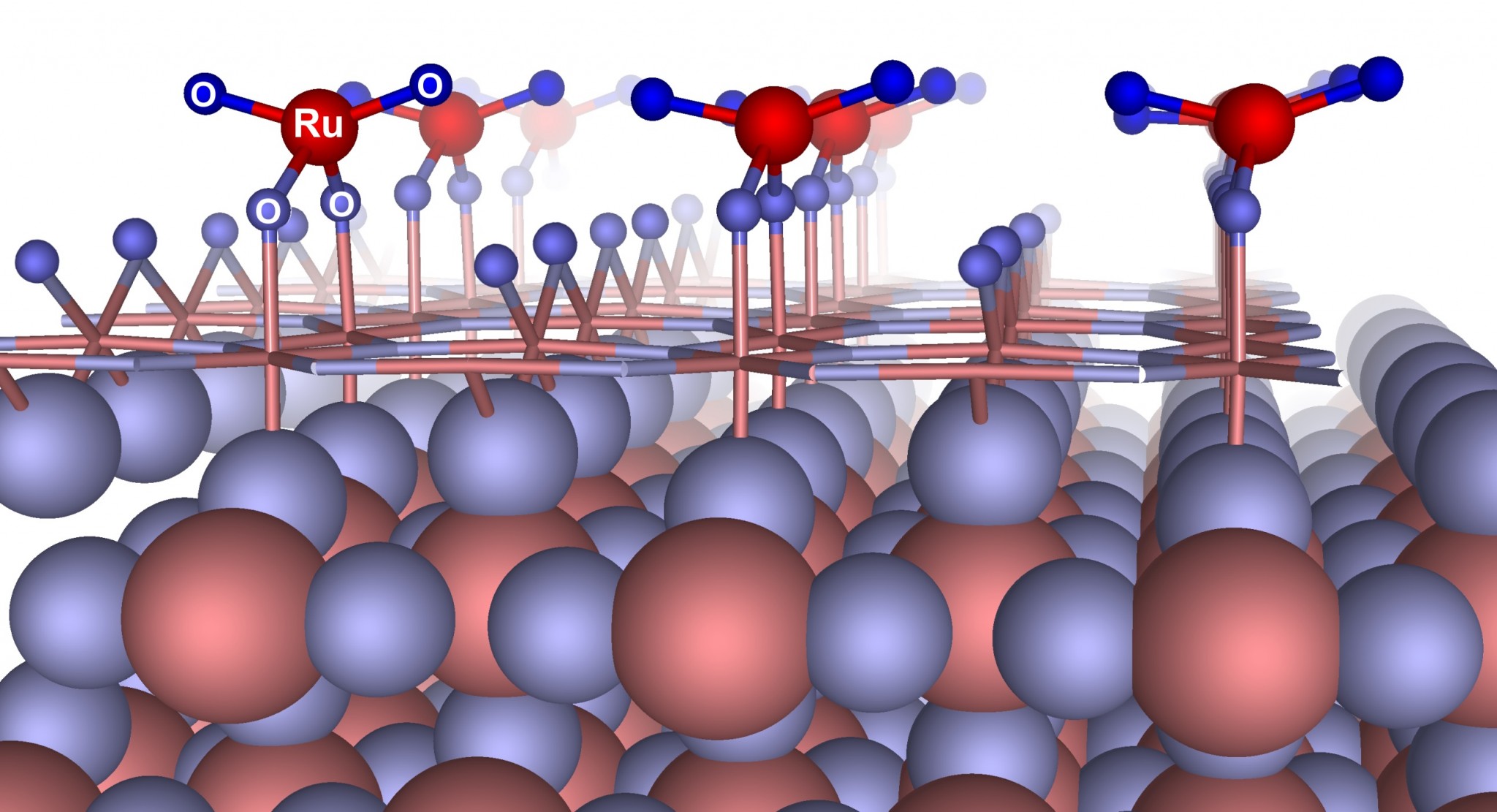 In the era of nanotechnology, the miniaturization of electronic devices to the nanometer scale will increase the role of surface and quantum effects in terms of the properties and stability of the whole device. Surface science has therefore become crucial for future technological advances.

At present, RuO2 is the most studied and used material for electronic applications such as sensing, catalysis etc. This material is widely used in supercapacitors as a cathode material.

However, RuO2 has puzzled researchers with respect to its application to supercapacitors.

Usually, supercapacitive behavior occurs as a result of the proton-electron double insertion process. Thus each adsorbed or intercalated hydrogen atom (proton) will induce pseudocapacitance in the cathode material. Experimental results observe the pseudocapacitance in the RuO2 cathodes, but cannot explain the origin, because this is an atomic-scale process, which cannot be examined using available experimental techniques. A great deal of theoretical research has been devoted to studying the surface of RuO2 with (110) crystallographic orientation, which is most stable at ambient conditions. Still, the pseudocapacitance effect remains unexplained.

“We predicted the new thermodynamically stable reconstruction of the RuO2 surface with (110) crystallographic orientation, namely RuO4–(2×1). This reconstruction has one four-coordinate Ru atom and four oxygen atoms, two of which are two-coordinate and the other two of which are one-coordinate. A detailed investigation of the stability shows that a newly predicted reconstruction has lower surface energy compared to previously studied surfaces and terminations of surface with (110) crystallographic orientation and should form even at ambient conditions, which does not contradict experimental data,“ said Alexander Kvashnin, a researcher with the Skoltech Center for Electrochemical Energy Storage and one of the study’s authors.

To discriminate between structural models, scientists used the results of experiments carried out using Scanning Transmission Microscopy (STM). They simulated the STM images of RuO4–(2×1) reconstruction along with a number of previously proposed surfaces and reconstructions and compared the simulations with experimentally available STM images. To their surprise, they did not find any differences between the images, which made them difficult to distinguish from each other in experiments. While equally consistent with experimental STM images, predicted reconstruction is lower in energy and is therefore preferable.

A further investigation of electrochemical properties shows that hydrogen adsorption with respect to the predicted reconstruction is energetically favorable, and one observes a predominant influence of hydrogen intercalation into the cathode surface, which would contribute to pseudocapacitance. These results are in stark contrast to the obtained results with other surface reconstructions and terminations, where hydrogen intercalation is unfavorable.

“Combining the data on the lowest surface energy of the newly predicted RuO4–(2×1) surface reconstruction of (110) surface of RuO2, the perfect match of simulated STM image with experimental data and studied electrochemical properties, we can state that we explained the contribution of the surface redox reaction to the pseudocapacitance of RuO2 cathodes, which is due to the special atomic structure of the surface reconstruction of (110) surface,” said Kvashnin

The results of their study was recently published in the prestigious scientific journal Scientific Reports.