Russian scientists have discovered a previously unknown mechanism of influence of salts migration on the degradation of gigantic intra permafrost gas (methane) hydrate reserves in the Arctic Shelf. The results of their study were published in Geosciences journal. 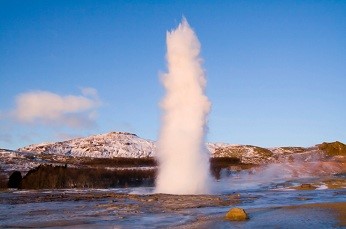 Methane is a powerful greenhouse gas and one of the major global climate change drivers. Following many years of observation in the Arctic region, Russian scientists eventually found that the East Siberian Arctic Shelf is one of the largest sources of methane emissions, which not only expedite global warming and upset the Earth’s carbon balance, but also cause accidents hindering economic activity in the Arctic, which is one of the most promising hydrocarbon production regions. So it comes as no surprise that RAS President, Alexander Sergeyev, has placed high priority on exploring the reasons for methane emissions from the East Siberian Arctic Shelf.

A large part of methane escapes into the atmosphere due to the decomposition of gas hydrates ‒ crystalline compounds formed from gas and water at low temperature and high pressure.  Clusters of gas hydrate crystals resemble an ice mass that can just about be considered a gas in solid state, with a unit volume of gas hydrate containing up to 160-180 volumes of pure gas. Gas hydrates that formed thousands of years ago under favorable natural conditions may start dissociating into gas and water (in other words, “thawing”) if the natural environment is no longer conducive to their sustainable existence.

Scientists from Skoltech, Tomsk Polytechnic University, and the Pacific Oceanological Institute of the Far Eastern Branch of the Russian Academy of Sciences (RAS) found that one of the reasons for extensive methane release from the bottom sediments of the East Siberian Arctic Shelf is the destabilization of underwater permafrost gas hydrates. These interact with the salt solutions (seawater) migrating into the thawing submarine permafrost.

The authors of the paper were the first to prove experimentally that gas hydrates become unstable and start to decompose when interacting with salts even under permafrost conditions.

“We conducted experiments focusing on the interaction between frozen rocks containing relict methane hydrates and salt solutions at different negative temperatures. We found that salt migration to the frozen hydrate-containing rocks intensifies the pore gas hydrates dissociation and accelerates their thawing,” says the Leading Research Scientist at the Skoltech Center for Hydrocarbon Recovery, Evgeny Chuvilin. “Since these processes intensify the release of methane from frozen hydrate-containing rocks, which is important for understanding the mechanism of massive methane discharge from bottom sediments, we used the results of the experiments to build a model of the interaction of the hydrate-saturated permafrost with sea water on the Arctic Shelf.”

These findings explain the reason for the upward movement of the methane front that the authors discovered on the East Siberian Arctic Shelf based on a suite of geophysical and biogeochemical studies. (Shakhova et al., Nature Communications, 2017; https://www.nature.com/articles/ncomms15872)