Skoltech scientists and their colleagues have studied more than 30 thousand variants of genetic sequences encoding two fluorescent proteins in order to determine which characteristics of mRNA and of the first dozen or so codons in it can increase the efficiency of translation. Among other things, they found that rare codons at the beginning of the sequence do not seem to enhance translation, contrary to some hypotheses. The paper was published in the journal Nucleic Acids Research. 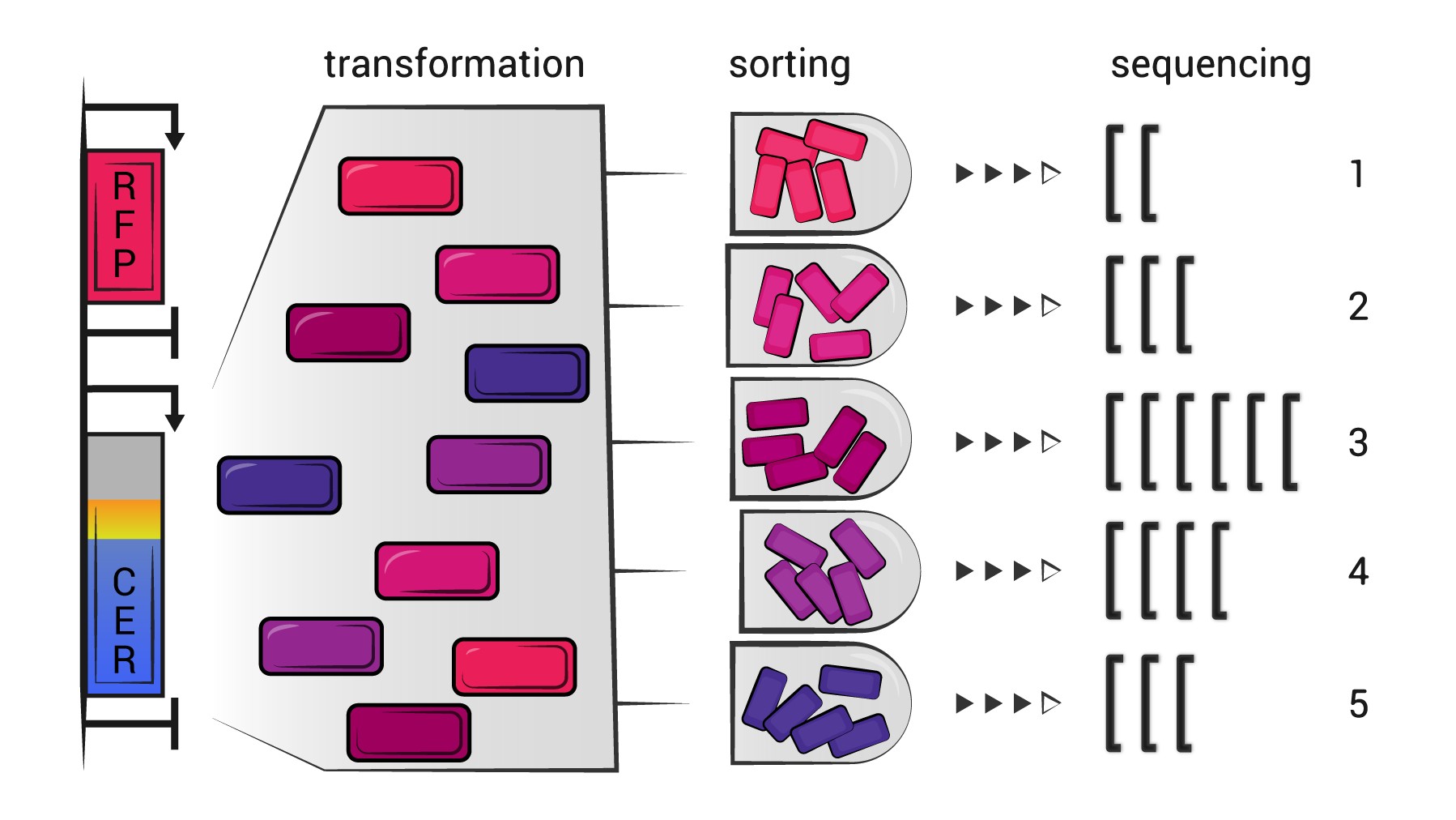 Translation is one of the fundamental processes in any cell: decoding a newly minted messenger RNA (produced from DNA during transcription), a ribosome builds an amino acid chain that then folds into a protein, which goes on to perform various vital functions in the cell. Each amino acid is represented by a codon, a triplet of nucleotides in the mRNA chain. There are 61 codons for amino acids but only 20 amino acids that a ribosome can make, which means that some codons are, in effect, synonymous — they encode the same amino acid.

After decades of research, scientists still aren’t sure what makes the work of a cellular “protein plant” more or less efficient. For instance, there is evidence suggesting that some particular secondary structures of mRNA, i.e. how the coding sequence is folded spatially at its start, can prevent the ribosome from binding to the mRNA and doing its job. Another factor might have to do with those synonymous codons: earlier research hinted at the possibility that codons that are statistically used more rarely can enhance the efficiency of translation if placed at the beginning of an open reading frame. These codons make the ribosome move slower along the mRNA at its beginning so that ribosome queues do not form downstream.

This is not an idle line of inquiry. Studying the efficiency of translation will help us understand gene expression better and aid biotechnology by making sure our protein-producing workhorses are at their best. That is why Ilya Osterman and Zoe Chervontseva of Petr Sergiev, Olga Dontsova and Mikhail Gelfand groups at Skoltech and Lomonosov MSU and their colleagues decided to run a competition of sorts: they tested more than 30,000 variants of mRNA encoding the same protein to see which ones will lead to a more efficient translation. The researchers were interested in the role of codons number 2 to 11 (the first codon is always the ATG start codon, much like the first line of code in some programming languages that tells the computer that a program will follow).

They used Escherichia coli and plasmids — rings of DNA encoding what’s called a dual fluorescent protein reporter (the “duo” are RFP and CER, two fluorescent proteins). The randomized 30-nucleotide sequences were inserted right after the start codon so that they would become codons number 2 to 11 in an mRNA. After growing the modified E. coli to make the CER and RFP proteins and sorting the cells by how efficient they were at it, scientists used the so-called flowseq method to determine which coding sequences turned out to be better for efficient protein production.

“Flowseq is a combination of flow cytometry, a technique where physical and chemical characteristics of cells are measured via the scattering of light from a laser beam, with sequencing of the separated fractions. This method allows to assess the efficiency of protein synthesis in a massively parallel setup, analyzing thousands of variants at a time,” Ilya Osterman, principal research scientist at Skoltech, comments.

While the secondary structure of mRNA did indeed inhibit translation, the researchers were unable to show that rare codons at the beginning of a coding sequence affected it in a positive way. However, they found that additional start codons are beneficial for translation, while additional Shine-Dalgarno boxes —sequences that help recruit the ribosome to the mRNA — are inhibitory.

Among other things, researchers believe their results will help design more efficient artificial gene constructs that can be used to turn common bacteria such as E. coli into potent biotechnological instruments.

Other organizations involved in this research include the Shemyakin-Ovchinnikov Institute of Bioorganic Chemistry, Institute of Chemical Biology and Fundamental Medicine of the Siberian Branch of the Russian Academy of Sciences, and A. A. Kharkevich Institute for Information Transmission Problems.