A group of scientists from Russia, Germany and the United States, led by Skoltech scientists Ilya Osterman, Petr Sergiev, Olga Dontsova and Daniel Wilson from Hamburg University, studied the mechanism by which tetracenomycin X works, blocking the process of protein synthesis in bacteria. It turned out that it acts differently from the well-known antibiotic tetracycline, which gives good prospects for overcoming antibiotic resistance in bacteria. Research results published in the Nature Chemical Biology. 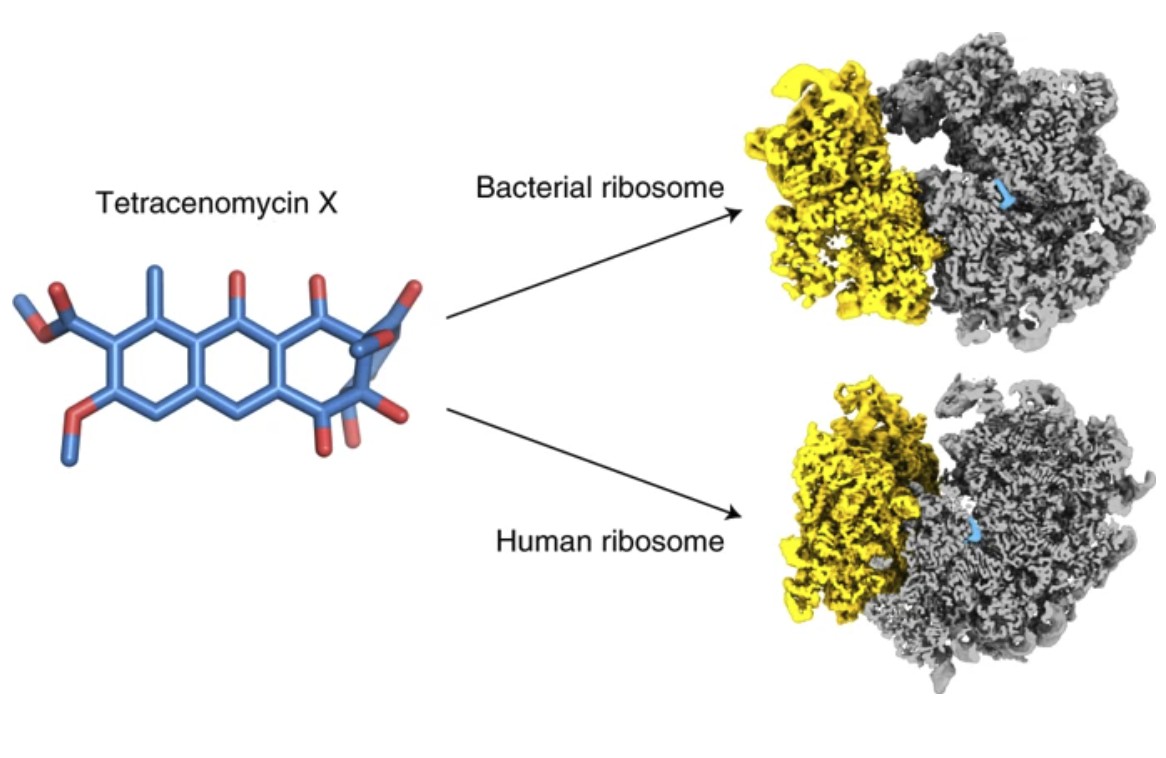 Resistance of bacteria to antibiotics is one of the main problems of modern medicine and healthcare aggravated from year to year. The confrontation between bacteria and antibiotic developers is like an arms race, where people barely keep pace with microscopic parasites. Many traditional antibiotics are already ineffective against new bacterial strains, so scientists have to come up with something new. The action of antibiotics is usually aimed at blocking the most important processes of bacterial activity: the synthesis of nucleic acids, proteins and cell walls. New antibiotics are usually similar to their predecessors, so sooner or later, bacteria find weapons against them.

Aromatic polyketides are one of the most famous groups of antibiotics, which include tetracyclines, discovered in the mid-20th century, and, along with penicillins, widely used in medicine.

Tetracenomycin is a member of relatively new group of aromatic polyketides. Previously, it was believed that they penetrate into bacterial DNA and cause disturbances in replication (doubling of DNA during cell division), however, researchers from the Skoltech Center for Life Sciences, together with colleagues from Moscow State University and the University of Hamburg, have found out that one of the representatives of this family, tetracenomycin X, blocks protein synthesis; moreover, it attaches not to the small subunit of the ribosome, like tetracycline, but to the large one.

“Using cryo electron microscopy, it was possible to determine the binding site of tetracycinomycin X to the ribosome, it is located in the tunnel through which the synthesized peptide leaves the ribosome, opposite the site in which the well-known protein synthesis inhibitors — macrolides and steptogramins B — bind,” says Skoltech principal researcher Ilya Osterman.

The results indicate that tetracenomycin X does not have cross-resistance with already known inhibitors of protein synthesis, that is, bacterial strains will not be resistant to it.

The discovered new structural motif of the protein synthesis inhibitor and the new antibiotic binding site on the ribosome may be useful for the development of new antibacterial drugs.