Scientists had long tried to come up with a system for predicting the properties of materials based on their chemical composition until they set sights on the concept of a chemical space which places materials in a reference frame such that neighboring chemical elements and compounds plotted along its axes have similar properties. This idea was first proposed in 1984 by the British physicist, David G. Pettifor, who assigned a Mendeleev number (MN) to each element. Yet the meaning and origin of MNs were unclear. Scientists from the Skolkovo Institute of Science and Technology (Skoltech) puzzled out the physical meaning of the mysterious MNs and suggested calculating them based on the fundamental properties of atoms. They showed that both MNs and the chemical space built around them were more effective than empirical solutions proposed until then. Their research supported by a grant from the Russian Science Foundation’s (RSF) World-class Lab Research Presidential Program  was presented in The Journal of Physical Chemistry C. 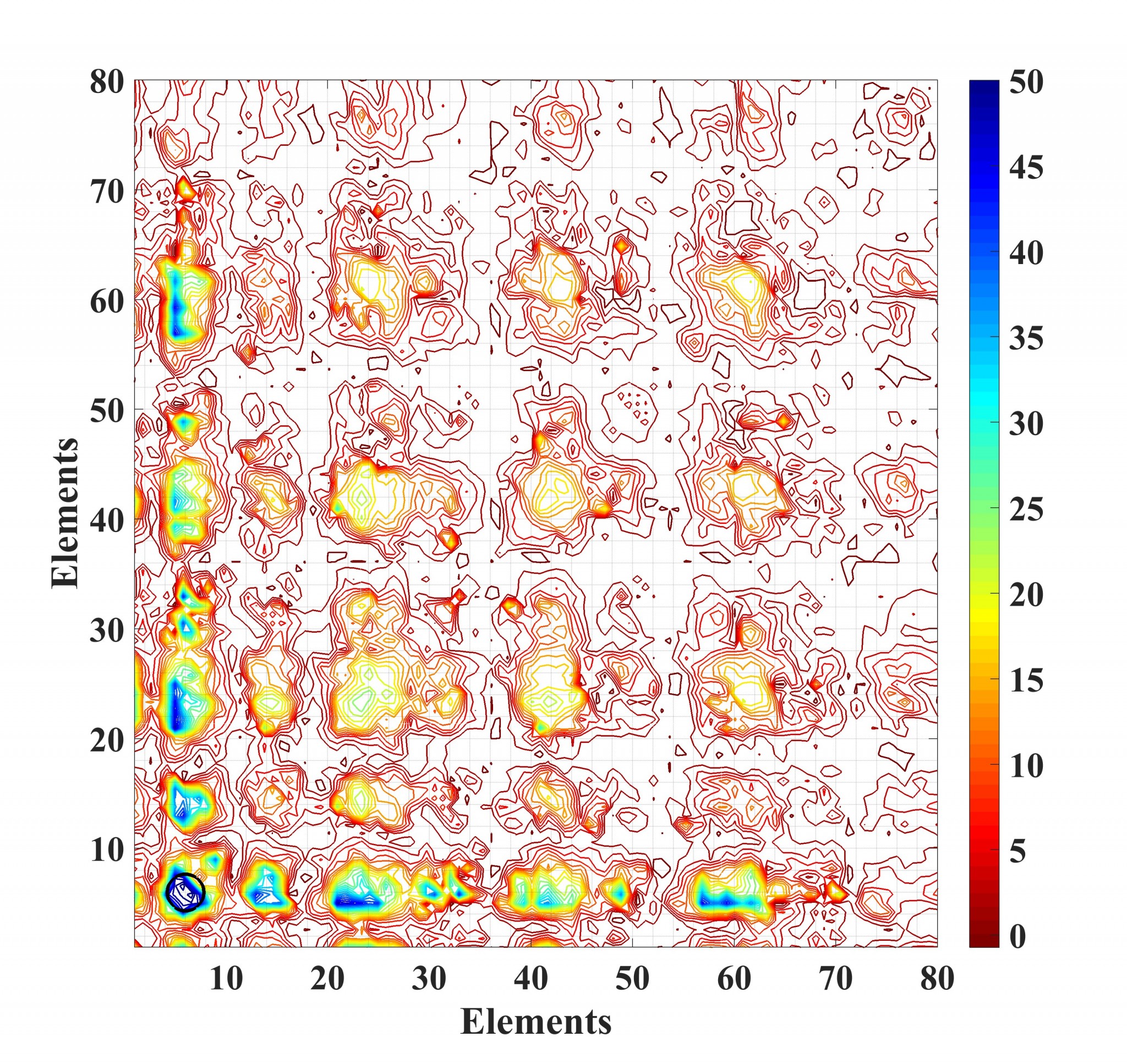 Systematizing the enormous variety of chemical compounds, both known and hypothetical, and pinpointing those with a particularly interesting property is a tall order. Measuring the properties of all imaginable compounds in experiment or calculating them theoretically is downright impossible, which suggests that the search should be narrowed down to a smaller space.

David G. Pettifor put forward the idea of ​​a chemical space in the attempt to somehow organize the knowledge about material properties. The chemical space is basically a reference frame where elements are plotted along the axes in a certain sequence such that the neighboring elements, for instance Na and K, have similar properties. The points within the space represent compounds, so that the neighbors, for example NaCl and KCl, have similar properties, too. In this setting, one area is occupied by superhard materials and another by ultrasoft ones. Having the chemical space at hand, one could create an algorithm for finding the best material among all possible compounds of all elements. To build their “smart” map, Skoltech scientists, Artem R. Oganov and Zahed Allahyari, came up with their own universal approach that boasts the highest predictive power as compared to the best known methods.

For many years scientists were clueless as to how Pettifor derived his MNs (if not empirically), while their physical meaning remained a nearly “esoteric” mystery for years.

“I had been wondering about what these MNs are for 15 years until I realized that they are most likely rooted in the atom’s fundamental properties, such as radius, electronegativity, polarizability, and valence. While valence is variable for many elements, polarizability is strongly correlated with electronegativity. This leaves us with radius and electronegativity which can be reduced to one property through a simple mathematical transformation. And here we go: we obtain an MN that turns out to be the best way to describe all the properties of an atom, and by a single number at that,” explains Artem R. Oganov, RSF grant project lead, a professor at Skoltech and MISiS, a Member of the Academia Europaea, a Fellow of the Royal Society of Chemistry (FRSC) and a Fellow of the American Physical Society (APS).

The scientists used the calculated MNs to arrange all the elements in a sequence that posed as the abscissa and ordinate axes at the same time. Each point in space In corresponds to all compounds of the corresponding elements. In this space, using measured or predicted properties of compounds, one can map any specific characteristic, for example, hardness, magnetization, enthalpy of formation, etc. A property map thus produced clearly showed the areas containing the most promising compounds, such as superhard or magnetic materials.