An international team led by Artem R. Oganov, a Professor at Skoltech and MISIS, and Dr. Ivan Troyan from the Institute of Crystallography of RAS performed theoretical and experimental research on a new high-temperature superconductor, yttrium hydride (YH6). Their findings were published in the journal Advanced Materials. 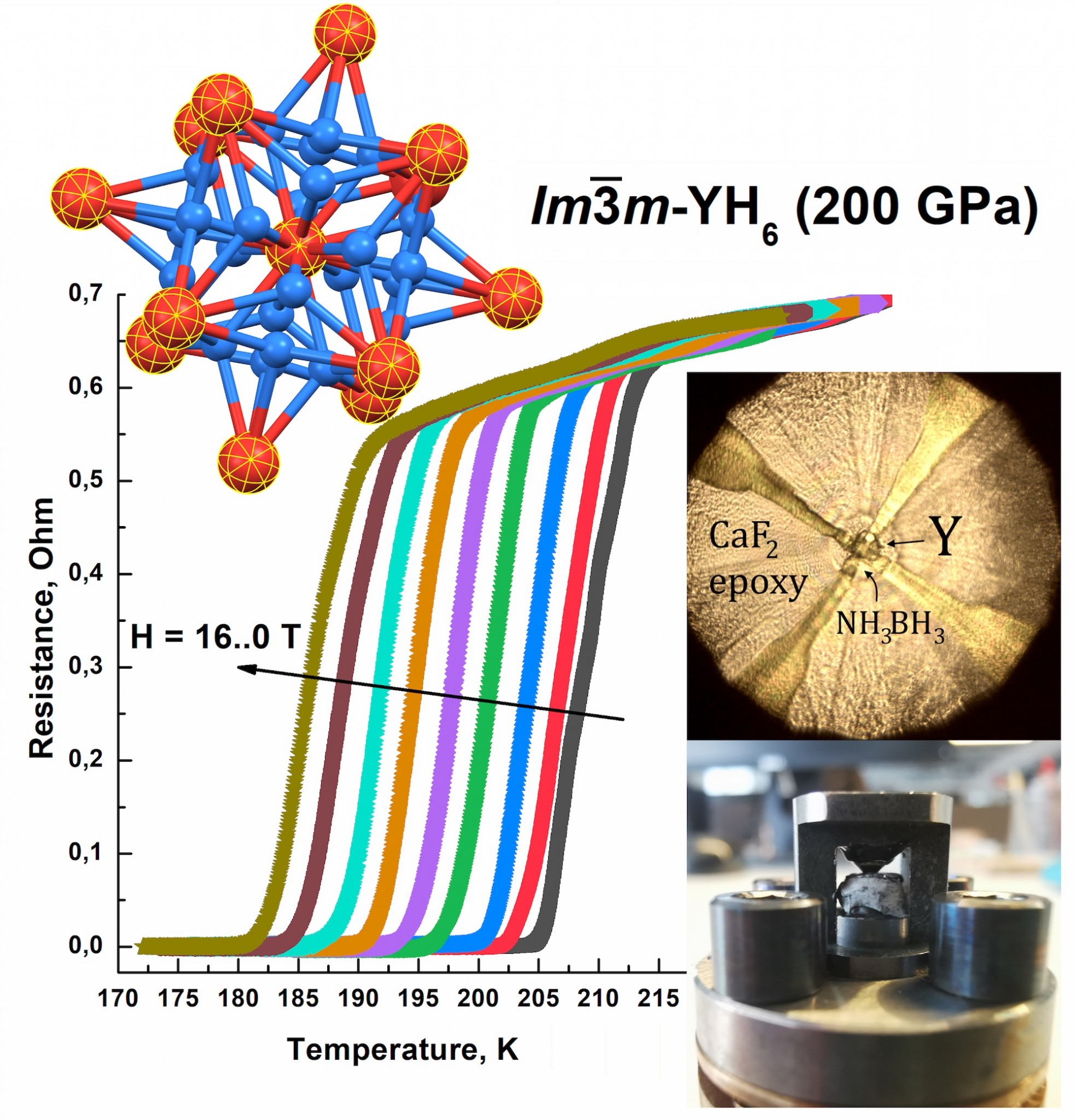 The highest-temperature superconductors were first predicted in theory and then created and investigated experimentally. When studying new materials, chemists start by making theoretical predictions and then proceed to testing a new material in practice.

“First, we look at the bigger picture and study a multitude of different materials on the computer. This makes things much faster. The initial screening is followed by more detailed calculations. Sorting through fifty or a hundred materials takes about a year, while an experiment with a single material of particular interest may last a year or two,” Oganov comments.

Typically, critical superconductivity temperatures are predicted by theory with an error of about 10-15%. Similar accuracy is achieved in critical magnetic field predictions. In the case of YH6, the agreement between theory and experiment is rather poor. For example, the critical magnetic field observed in experiment is 2 to 2.5 times greater as compared to theoretical predictions. This is the first time scientists encounter such discrepancy which is yet to be explained. Perhaps, there are some additional physical effects which contribute to superconductivity of this material and were not accounted for in theoretical calculations.