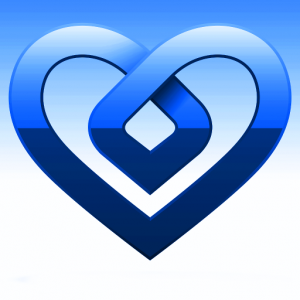 Andrii Omelianovych and his Skoltech classmate Muhammad Saad had a choice between spending their last 24 hours of summer vacation on the beach – or on the couch. Then the graduate students opted for not-so-obvious solution: they created a new mobile application. Called “LikeIt!“, this app aims to revolutionize the shopping experience by making it more social than ever before. We caught up with the 25-year-old masters student and entrepreneur for a short chat about bridging the gap between tech dreams and reality.

LikeIt! is a mobile chat application which helps shoppers with shared interests to exchange on-the-spot, genuine impressions and information about products and services. Users scan barcodes, hashtags or QR codes on packages, write comments, opinions or even warnings. The next potential customer can tap into this pool of authentic knowledge – or add to it.  The demo version brings to mind a hybrid between WhatsApp and Foursquare. The road ahead is long and complex, and the team members are well aware of the problems that plague many young companies. And still, they are undeterred.

“It occurred to us that when people consider buying a product in a shop they usually do not have access to immediate feedback and independent opinions about the services and goods that are around them,” says Omelianovych who founded the project with three fellow students willing to contribute their last 24 hours of summer break to pursue a startup dream. “We decided to connect potential customers to a pool of knowledge. That way they can make better choices. This can have immense value.”

Muhammad Saad, a second year IT master’s student at Skoltech, is one of the initial team who dreamed up and executed the plan to create Likeit! Originally from Pakistan, Saad decided the young, Moscow based tech university is a good bet. “I felt that Skoltech’s focus on developing a collaborative and innovative environment was right for me. Here we get a chance to take a huge variety of courses, from Machine Learning to Venture Financing. When Andrii approached me with the idea for this app, I didn’t hesitate for long”, says the bleary-eyed student after toiling overnight on finalizing the app’s web version.

“What I like about students here is that they don’t immediately run to register their startups and start employing people, but concentrate on their product first”, says Ilia Dubinsky, the director of Skoltech’s Center for Entrepreneurship and Innovation (CEI), which supports student’s startup projects, “projects with such a mature approach have a better chance to succeed”.

It is not the first time that MS student Omelianovych forayed into fields that could be considered far from energy technology, which he studies. He has been one of the founders of another social app, called “imeetu” which aimed to match meeting place with users’ location and personal preferences. In his role with the LikeIt! team focuses on product development and promotion.

Did you really create the whole thing in one last day of summer?

“Almost”, he smiles, “Skoltech has developed an interesting and unique culture of solving complex problems in intensive and relatively short sessions. This is in line with student culture here. Everybody is able and creative. We just need a little push.

“Since joining Skoltech I have always wanted to do a project that would push me towards cooperation with students from various disciplines. Because the university focuses on crosscutting and interdisciplinary impactful research so it jets made sense to me.”

“We are hoping to get some traction, test the application and then launch an official version which would include expended functionalities and gather some real customers’ data. We are aiming for product specific information which we could offer to big companies to improve their products and better serve their customers.” 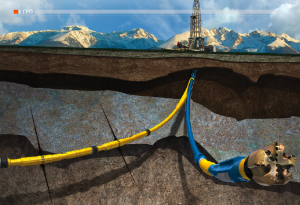 For the first time in our brief history, Skoltech will be offering and hosting a training on “Best Practices of Successful Sandstone and Carbonate Acidizing”. The training is scheduled to be hosted at Skoltech, on September 15-26, 2014. Organizers include the Skoltech Center for Hydrocarbon Recovery (aka Hydrocarbon Recovery CREI), and the Skoltech Center for Entrepreneurship and Innovation (CEI) in collaboration with TRIAS – an energy consulting company.

The agenda includes two education modules: both are focused on the basics of acid impact on various seams, matrix acidizing design, best world practices and pioneering technical solutions in the field. Participants will  analyze the main difficulties of using acid compositions. This will be the first time that Skoltech hosts a training on this subject which will bring together established Russian oil&gas companies and internationally renowned experts from Texas A&M University. Professors Hisham Nasr-El-Din and A. Daniel Hill will coach the training, which will be delivered in English.

Anyone interested is welcome to join, as long as a registration request will be sent by September 1, 2014. For furtherinformation please email at: .