Researchers from Skoltech’s Space Center are slated to take part in the 40th Scientific Assembly of the Committee on Space Research (COSPAR). On the agenda are sessions, panels, poster presentations and interdisciplinary lectures (with some hectic and valuable networking on the sidelines).

Skoltech researcher Tatiana  Podladchikova will present her and Professor Yuri Shprit’s recent findings on space weather, solar activity forecasting and magnetospheric reconstruction, as reported in the Journal of Geophysical Research (JGR), Space Physics.  Podlachikova: “Our hope is to contribute to improving space weather forecasting as a way to mitigate the hazards of space accidents
– and their consequences. Space weather can specifically cause damage to spacecraft through active events on the Sun. It can also put astronauts and pilots at high altitudes in danger of beign exposed to high levels of radiation. There are also infrastructure concerns especially during solar storms which might damage power systems and radio communications.”

Mikhail Dobynde, a Ph.D. Space student will participate in two poster presentations. One will deal with astronauts protection from cosmic radiation during long term interplanetary flights. “My research is focused on minimising biological damage during long term interplanetary flights”, he explains. The second presentation focuses on measurements of electron spectra inside the magnetosphere. It is the result of collaboration with a group of researchers at the Max Plank Institute for Solar System Research, Germany.

All in all Skoltech Space scientists have co-authored 15 presentations, including three that were commissioned specifically for this assembly. Also, the research center will be represented at the exhibition center, which will operate from August 3 to 9. At the Space Center stand, visitors will be able to get acquainted with the activities of the center, as well as learn about current scientific positions and openings.

The Moscow COSPAR Assembly program will include more than 2,700 plenaries, sessions and lectures and over 1500 poster presentations. It will touch upon a wide array of topics: from big data to biological and medical experiments on board the International Space Station. More than 2,500 scientists and students from more than 60 countries are expected to attend.

* The Space Center is one of 15 CREIs (Center for Research, Education and Innovation) that are the main scientific engines of Skoltech. he Skolkovo Institute of Science and Technology (Skoltech) is a private graduate research university in Skolkovo, Russia, a suburb of Moscow. Established in 2011 in collaboration with MIT, Skoltech educates global leaders in innovation, advances scientific knowledge, and fosters new technologies to address critical issues facing Russia and the world. Applying international research and educational models, the university integrates the best Russian scientific traditions with twenty-first century entrepreneurship and innovation. 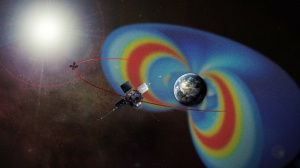 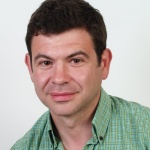 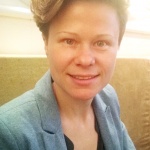