Every week, we invite you to the Skoltech Colloquium. And on this Thursday, Prof Walter Kolch tackles a big, critical question: Can computers beat cancer?

What: “Can computers beat cancer? Lessons learned from the computational modelling of signal transduction pathways.”

He is best known for his work in oncogene signal transduction, proteomics and systems biology.

Having obtained a MD from the University of Vienna, Austria, he worked in academia, research institutions and the pharmaceutical industry in the USA, Germany, Great Britain and Ireland.

His current research interest focuses on understanding how biochemical networks specify biological decisions, and how these properties can be exploited for improving the diagnosis and therapy of cancer. 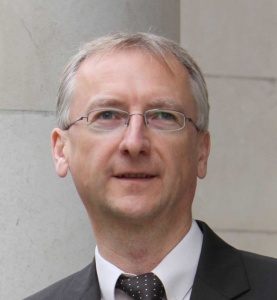 Prof Walter Kolch: Guest speaker at the Skoltech Colloquium and the director of Systems Biology, Ireland and the Conway Institute at University College, Dublin (Ireland).

Before moving to Dublin in 2009 to set up Systems Biology Ireland he was the lead investigator in two large interdisciplinary UK projects: the IRColl RASOR, a major multi-disciplinary, four-University consortium with the remit to develop innovative proteomics technologies; and the Molecular Nose, a project developing array based and spectroscopic sensor technologies for the systematic mapping of signalling networks in mammalian cells.

He serves on several editorial boards and international scientific advisory boards. Prof Kolch was a Director of the Caledonian Research Foundation (2007-2010), President of the British Society for Proteome Research, (2007-10), and was elected as Fellow of the Royal Society of Edinburgh in 2006.

We look forward to seeing you.