You have seven days to think up an original idea for a tech startup. You are put in a team with several other people whom you haven’t met before and whose area of expertise is not the same as yours. After a week, you will present your project to a team of mentors who include successful entrepreneurs, business angels and industry experts – and they won’t be merciful. END_OF_DOCUMENT_TOKEN_TO_BE_REPLACED

One of Skoltech’s trademarks is the Innovation Workshop (IW) – a hands-on experience that you would not find in any other University in Russia. Now, at the end of the first week, it’s a good time to check what have the new students done so far. END_OF_DOCUMENT_TOKEN_TO_BE_REPLACED 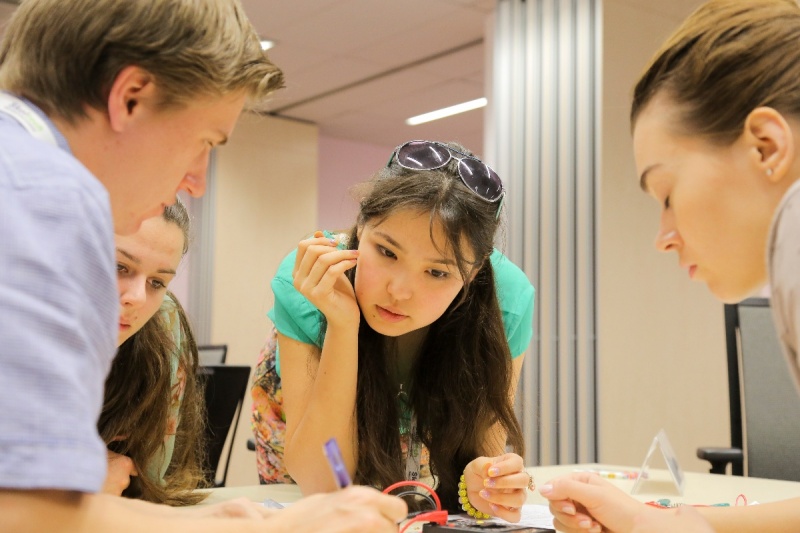 Selection Weekend: Part of Skoltech’s unique admission process which focuses not only on what applicants already know – but on what they can achieve in the future as agents of knowledge exchange, innovators, company founders and leaders

Design and build electrical circuits in a few minutes. Team up with a group of total strangers to turn a pile of flimsy boxes into a seriously high tower. These were among the challenges that dozens of prospective Skoltech students had to tackle at Selection Weekend – a 72 hours long marathon of exams, challenges, and interviews – which is the final stage in the admission and selection process. For 38 young women and men it was all worthwhile. On the other end of the final 2014 Selection Weekend they were admitted to Skoltech as new students.

The admission and selection process involves more than submitting an application, being interviewed by faculty, or taking math and English exams. It focuses not only on what applicants already know – but on what they can achieve in the future. Skoltech aims to attract, support and nourish outstanding students who have the capacity to become agents of knowledge exchange, researchers, innovators and company founders, who will have impact on Russia and around the world. More than 45% of current Skoltech students are actively involved in a startup company or project. 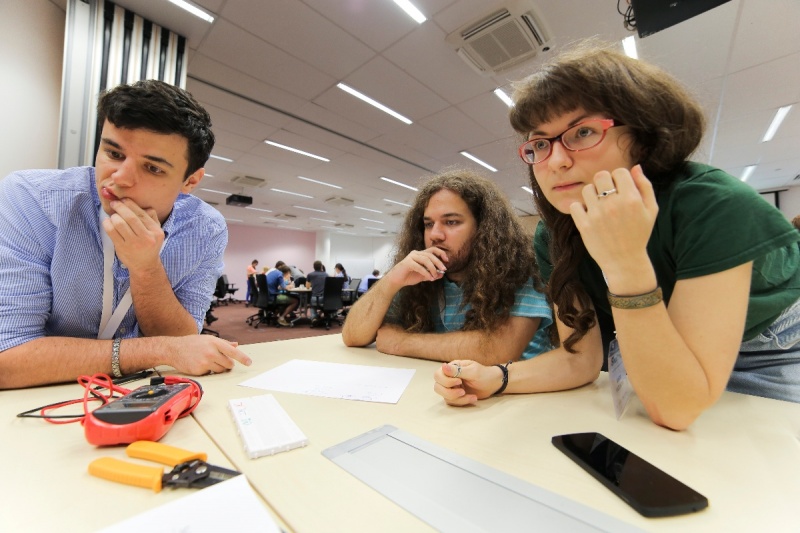 The goal is to enroll new students who will follow these trailblazers’ example. In order to admit the right people, Selection weekend involves the entire Skoltech community. Nine professors, two Faculty Founding Fellows, one PhD student and one MIT professor interviewed 60 people in under 24 hours. Two current students led one of the challenges, and the applicants also had a two-hour activity with current Skoltech students. This was held independently by the students, with no faculty or staff present.

The bottom line in numbers: out of 208 prospective students who applied over the last application period (April – June 2014), 67 were invited to Selection Weekend, and 38 were admitted to M.Sc. programs in Energy and IT – an admission rate of 18%. Currently, the total number of Skoltech Masters and Ph.D. students in Energy, IT, Biomed, Space and Manufacturing is 176. More than a third of students are women, and 18%  come from an international background, hailing from more than 10 countries. A total of 101 new students are joining Skoltech this year. They’ll be attending the first course of the academic year 2014-2015, Innovation Workshop, today. 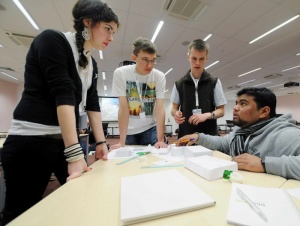 Innovation workshop culminates with innovation prototypes presentations by the students

Summer: It’s the hot, slow season.  A time when droves of students focus mostly on zoning out. Nothing wrong with a bit of daydreaming, but this summer the new cohort of Skoltech MSc students will be busy directing their attention – on innovation. Postgrads will kick off their studies on July 23rd with an intensive Innovation Workshop. For the first time, the event will be hosted in Moscow.

Each academic year Skoltech welcomes its new  group of Biomed, IT and Energy tracks’ postgrads with a four-week course, which aims to create a foundational experience in entrepreneurship and innovation, to empower participants to identify and solve real–world problems with technology, and to instill an entrepreneurial “can–do” attitude. Thus, the workshop teaches and reinforces the flexibility and creativity required for a successful innovator.

Dr. Ilia Dubinsky, Director of the Center for Entrepreneurship and Innovation at Skoltech, the Workshop’s director and designer, will challenge more than 100 participants with multiple non-standard tasks. The workshop will feature lectures on technology and its impact, hands-on projects, leadership, negotiation and presentation experiences, company visits, and social events. It will culminate on August 15th with innovation prototypes presentations by the students.

* The Center for Entrepreneurship and Innovation (CEI) aims to make Skoltech an engine of economic growth by rapidly implementing ideas to create impact, by engaging Skoltech students and faculty in E&I (entrepreneurship and innovation), and by accelerating research outcomes toward commercialization and broader social impact. Developed through the partnership between Skoltech and the Massachusetts Institute of Technology, the center establishes connections between students, researchers, and business; integrates E&I into Skoltech education and research pathways through the curriculum and entrepreneurial programs; conducts research into management style and practices of E&I in the Russian Federation; supports innovation through integrated commercialization services.