Dr. Rupert Gerzer came to work at Skoltech one year ago as an associate director of the research university’s Space Center, but as a qualified medical doctor, he does not hide the fact that his heart lies in medicine. 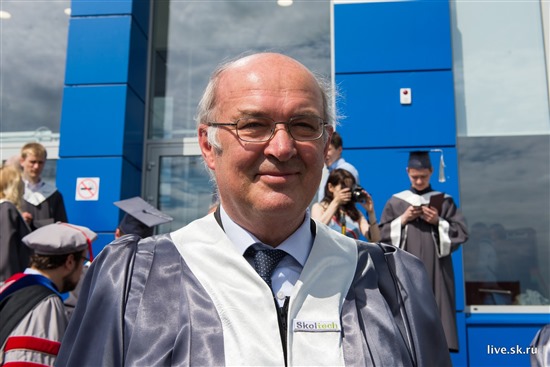 “I am fascinated by space life sciences, but this is only a part of medicine,” says the German professor, an expert on the effects of spaceflight on the human body.

For this reason, Gerzer – now provost of the university – is particularly enthusiastic about the new international medical cluster being built at the Skolkovo innovation center, and hopes that the university will play a key role in the development of the cluster.

“This will be a major thing for Skoltech,” he says. “Skoltech already has a program focusing on biomedicine, and this will be something with practical applications on the ground at Skolkovo.”

Gerzer did not have to think for long when he was offered a job at Skoltech, a private graduate research university that was founded in 2011 in cooperation with the Massachusetts Institute of Technology.

“It was very simple, I retired from my position [as director of the Institute of Aerospace Medicine] in Germany and a colleague and good friend from MIT said: ‘Well Rupert, you’re retiring, wouldn’t you be interested in going to Skoltech?’ I didn’t know anything about Skoltech then. Then I met [Skoltech’s founding president, MIT aeronautics professor] Ed Crawley and it looked very interesting, so I decided to try it out, and now I’ve been here a year, and hope to be able to stay for many years,” he says.

All roads lead to Moscow

Gerzer had long been visiting Russia, having collaborated with a cardiology center in Moscow in the ’80s as a university researcher and with the Institute of Biomedical Problems – the leading space medicine and space life sciences institute in Russia – since the 90s.

“I was here at least once a year since the beginning of the 90s,” he says. “I saw the whole change [in the political system], everything, and I liked Russia more and more, so when I was asked if I would like to come here, I was very excited, and I still am, it was the right decision.”

A crucial factor in his enthusiasm is the most important aspect of the university: the students.

“Excellent students are attracted to come to Skoltech, which is a good sign,” says Gerzer.

“The reputation among the student community is here already,” he added, saying that during the most recent admissions procedure, many students had cited Skoltech’s practical programs as the reason they wanted to study here. A key part of the university’s ethos is that it does not just teach students science, but instils in them a sense of entrepreneurship and inspires them to find a practical application for their science and tech skills.

Gerzer remains a professor of the Skoltech Space Center, but is happy to be focusing on his role of provost – essentially the deputy head of the university – this term. It was a strategic decision by the university’s management to have a foreign provost now that Skoltech’s president is a Russian: Alexander Kuleshov, who took over from Crawley earlier this year. It demonstrates “that it’s an international university,” says Gerzer.

“I think it’s a good decision because I can still look at things from the outside,” he says, adding that while Kuleshov decides the general strategy of the university, Gerzer supports him in aspects such as international collaboration. 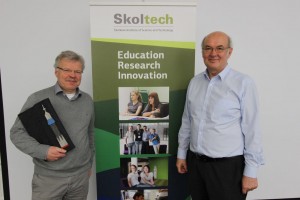 The path from medicine to specializing in human spaceflight is not, perhaps, the most obvious one.

“I was not a space enthusiast, but simply a doctor and a scientist,” says Gerzer, who spent many years after medical school doing research.

“One of the questions I had during that research was whether this [certain tasks] could be solved in human spaceflight, in weightlessness,” he says. His success in this field led him to be offered the post of director of the Institute of Aerospace Medicine, part of the German Aerospace Center (DLR) in Cologne.

During more than 20 years at the space institute, his interests remained firmly on the ground.

“I’m a scientist and I like to find out how humans function and what science can do to improve human health,” says Gerzer.

“Human spaceflight is part of this. When I was director of the Institute of Space Medicine, I always focused the work of the institute on questions where we can learn something from space medicine for regular medicine,” he said, adding that he accordingly discouraged his staff from doing applied research focusing specifically on astronauts.

“My philosophy was: this should be done by the countries that have spacecraft, by Russians and Americans, and not by Western Europe, because if I had found something that was only an improvement in how to care for astronauts, the Americans and the Russians would be happy that the Germans spent their money on helping them,” explains Gerzer.

“I think this way of thinking is now deep in the German space program. Human spaceflight in all countries is always being criticized [for its cost], but there is very little criticism in Germany now, because we could always say we were doing something good for medicine in general, and for our understanding of how we function.

Gerzer’s rich experience in the study of human spaceflight has already borne fruit at Skoltech. Earlier this year, Skoltech signed a memorandum of understanding with the DLR, and two students will soon head to Germany to work on collaborative projects with the center, said Gerzer. In addition, Skoltech’s students have the chance to contribute to a brand new journal, REACH – Reviews in Human Space Exploration, founded by Gerzer this summer.

The professor had the idea for a journal offering an overview of all aspects of spaceflight several years ago, but it took time to convince the publishing house to invest in it, he says, laughing.

“There’s no real journal where anyone who’s interested in what’s going on in human spaceflight can find an overview of the whole field,” he explains. “There are many specialized journals, but you have to be an expert to know which journal to look for.”

REACH aims to change this, and in the first issue of the quarterly publication, Gerzer gave his students the chance to publish an article on what should be done after the International Space Station ceases its activity in a few years’ time.

“Young students are the future, and when they are in industry or a government agency or science, they are not free anymore to say what they think should be done – they will be free only 20 years later when they are leaders, but not in the first 20 years when many of them just have to shut their mouths and work, so I gave them the opportunity to be creative and say what they think should be done,” says Gerzer.

“Should humans fly to Mars, or should they build the next Space Station, because that’s so much closer to Earth? Should they land on the moon, should they build a space station around the moon, what should they do? They [the students] had to analyze what different nations have published, and then condense it and give their own opinion. And it’s a very interesting paper,” he added.

Gerzer also has experience in another of Skoltech’s areas of focus: inspiring scientists to turn their knowledge into businesses. He has founded two companies: Temos, a growing international company that provides ratings of hospitals and medical facilities in countries seeking to improve their medical standards, and a smaller company focusing on applications developed for space that could find a market on Earth.

“We’re currently considering founding a subsidiary [of the latter] here at Skolkovo, because students should have the opportunity to do so [start their own business], and it’s in the Skoltech strategy. I think it would be good to found companies that stay in Russia,” says Gerzer.

With his academic work, the new journal, his companies and occasional guest lectures in Germany, Gerzer’s timetable is a far cry from retirement – and that’s fine by him.

Each journey comes to its end, and today 60 Master students graduated their studies at Skoltech. Family members and friends came from across Russia the globe, to be with their loved ones on their big day.
Skoltech class of 2016 – your future starts now! END_OF_DOCUMENT_TOKEN_TO_BE_REPLACED

Professor Edward Crawley, the Founding President of the Skolkovo Institute of Science and Technology (Skoltech).

Russian President Vladimir Putin conferred the Order of Friendship to a group of foreign nationals. Among them was Professor Edward Crawley, the Founding President of the Skolkovo Institute of Science and Technology (Skoltech). The presidential decree states that Edward Crawley is awarded “for his great contribution and fruitful activity in the field of science and education.”

The Order of Friendship (Russian: Орден Дружбы – Orden Druzhby) is a state decoration of the Russian Federation, awarded to Russian and foreign nationals for special merit in strengthening peace, friendship, cooperation and understanding between nations, for fruitful work on the convergence and mutual enrichment of cultures of nations and peoples; for the active conservation, development and promotion of the cultural and historical heritage of Russia; for great contribution to the implementation of joint ventures with the Russian Federation, major economic projects and attracting investments into the economy of the Russian Federation; for broad charitable activities. 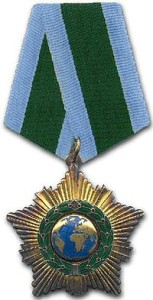 We asked Professor Crawley what this award means to him, and to share his thoughts with us:

Q: What does it mean for you to receive the friendship award?

Q: How did you get the news about this award?

A: I got it from vice president Sitnikov, over the phone. I had no expectations today that I will receive these news, so it’s even a greater surprise.

Q: You were determined from a young age to try to help the Soviets and the Americans work together in space. Do you think that this award is an official recognition of your efforts in this direction?

A: I think that such awards are always given for lifetime accomplishments and this one is particularly gratifying, because since the age of 15 I have had the intentions to try and bring together the Russian and the American efforts in science and in space in particular. This is a great recognition of my work there.

Q: The award is given to you for your contribution to education and fruitful activity in the field of science. In your opinion, what can and should Russia learn from foreign countries in this aspect?

A: it’s generally understood that in science and in education it’s important that we have open exchange of information and that we have international collaboration and cooperation. It is in this way that we’re both able to address the problems of society and economy, but also ensure a more stable world, where people have better understanding of other nations.