Each journey comes to its end, and today 60 Master students graduated their studies at Skoltech. Family members and friends came from across Russia the globe, to be with their loved ones on their big day.
Skoltech class of 2016 – your future starts now! 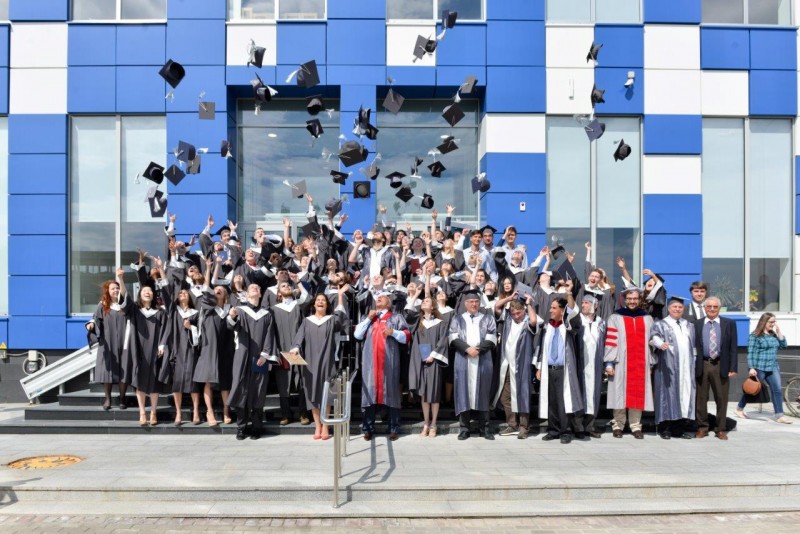 The traditional cap-throw at the end of the ceremony.

The commencement ceremony was opened by Alexander Kuleshov, Skoltech President, who gave this advice to the graduates: “Life is an adventure and time is very short – don’t lose your time and don’t waste it. Your gun should be charged and you should be ready to use your chance. It’s the key point of success”. After the president, other honorary guests held speeches:  Vladimir Zelman, Professor and Co-Chairman of the Department of Anesthesiology, Professor of Neurology and Neurosurgery at Keck School of Medicine, University of South California. “You have a huge future,” he told the students, “You’re the generation who’s really ahead of their time.”; Russian Cosmonaut Alexander Misurkin, who spent 166 days in space in 2013 and is now preparing for another mission, told the students that overcoming obstacles only makes them stronger, and urged them to find a happy medium in whatever they go on to do; and Skoltech’s Founding President Ed Crawley, who told the graduates: “My message to you is to look towards problems, or better said, look for opportunities. Will it help the people? Will it help society? The other question is “can I do it?” or “can I do it better?”. These are the questions I asked myself when I was offered to build a new university in Moscow”. 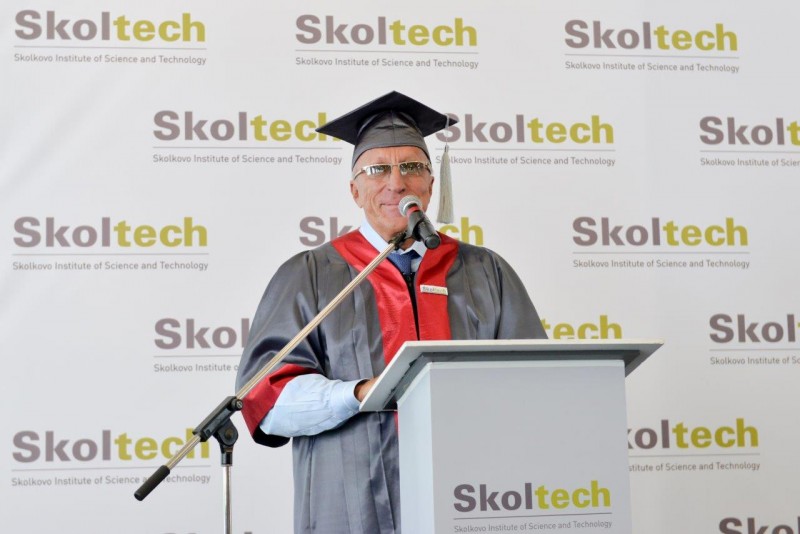 After these speeches, came the moment all the students have been waiting and working hard for. One by one they were announced by Dean of Education, Clément Fortin, and came in their gowns and mortarboard caps to get their diploma from the hands of President Kuleshov, Founding President Crawley and Provost Rupert Gerzer.

After the diploma awarding ceremony, Tatiana Chernova and Adeniyi Adebayo spoke on behalf of the graduating students: “Skoltech makes you proactive and responsible. If you really want to work on cutting-edge technology, to be competitive and to bring the world something new, you need to be persistent. At Skoltech you will have to be totally outside of your comfort zone. You may not like to speak publicly, but you will do it here. You may be interested only in pure science, and not on entrepreneurial side of projects, but you will do it here. You have to learn different ways of thinking. We learned here fearlessness. Why? because we are Skoltech”.