06.08.2012 Moscow, Russia — The Skolkovo Institute of Science and Technology (Skoltech), based in Skolkovo, Russia, launched its first academic year, one of the most definitive steps toward becoming a world-class university for the 21st century. 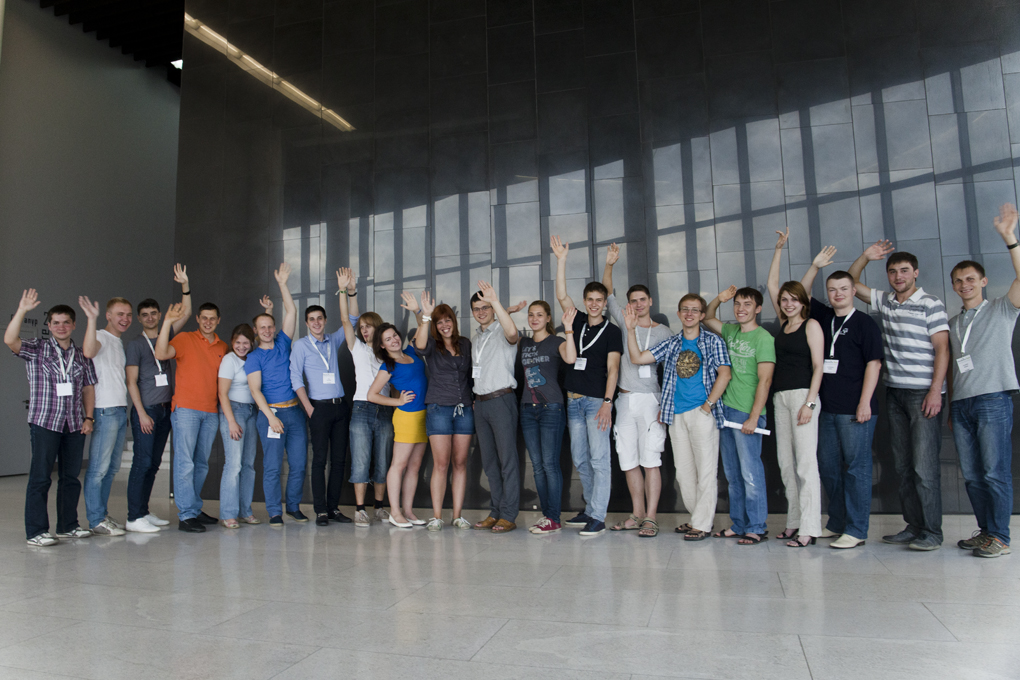 Skoltech President Edward Crawley kicked off the inaugural SkTech/MIT Innovation Workshop, an intensive four-week course, with the Russian tradition of ringing a bell. Skoltech’s Center for Entrepreneurship and Innovation (CEI) in collaboration with the Massachusetts Institute of Technology (MIT), designed the novel course specifically for Skoltech students to teach them how to bridge the gap between scientific and technological prowess on one hand and creating a broad impact on the other.

Skoltech leaders and MIT faculty will guide 20 students from Skoltech, 8 students from other Russian universities and 6 students from Asian and European universities through this first course.  Through team building exercises, lectures, and hands-on projects on real engineering systems, the students will identify societal problems, develop technical solutions, design prototypes and advocate as well as plan for impact. The group of students will also benefit from communicating and cooperating in an international setting.

“The key feature that defines any university is its students,” said President Edward Crawley. “Thus the pivotal moment for Skoltech is the day our students begin to frame who we are. Today, they will put us on the map.”

Skoltech views innovation as the distinguishing feature of a new kind of university. During the course, students will also learn how to take a concept and transfer it to the market through startups and listen to guest lectures in leadership and ethics, so they understand the tradeoffs of the technology they develop.