April 8, 2013, during President Putin’s working visit to the Netherlands connected with the opening ceremony for the Russia – The Netherlands Bilateral Year 2013, President Edward Crawley of the Skolkovo Institute of Science and Technology (Skoltech) signed a three-sided agreement to create the first Center for Research, Education and Innovation (CREI) at Skoltech.

The CREI called the Skoltech Center for Stem Cell Research will be formed with two other signing parties, the Vavilov Institute of General Genetics (Russia) and University Medical Centre Groningen (The Netherlands). Professor Folkert Kuipers, Dean of Medicine and member of the Supervisory Board signed on behalf of the University Medical Centre Groningen and Nikolai Yankovsky, Director for the Vavilov Institute of General Genetics and Corresponding Member of the Russian Academy of Sciences on behalf of the Institute. 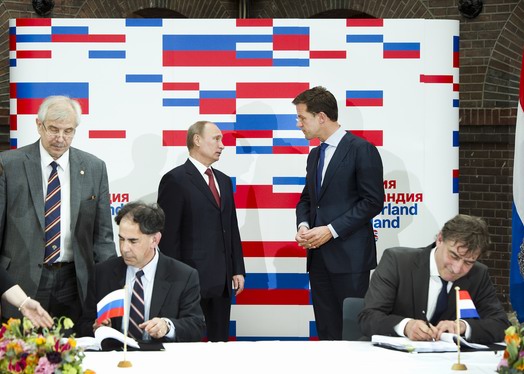 Skoltech founded its first Center for Research, Education and Innovation (CREI) called the Skoltech Center for Stem Cell Research. The Vavilov Institute of General Genetics, Russia and University Medical Centre Groningen, the Netherlands, came together as leading partners in the CREI’s creation. A distinguished international scientist has agreed to come to Skoltech to direct the center, whose name will be released in a forthcoming announcement. The director will oversee the CREI’s activities at Skoltech utilizing an extensive experience in biomedical research and running world-class research organizations.

Stem cell research is one of the fastest developing and promising fields in biomedicine. The 2012 Nobel Prize was awarded for the discovery that mature cells can be reprogrammed to develop into almost any type of cell in the body. This exciting research area is poised to drive a revolution in many areas of biological sciences and medicine, by advancing and applying state-of-the-art science and technologies for advances in society. For example, it lays the foundation for personalized medicine, in Russia and across the world. 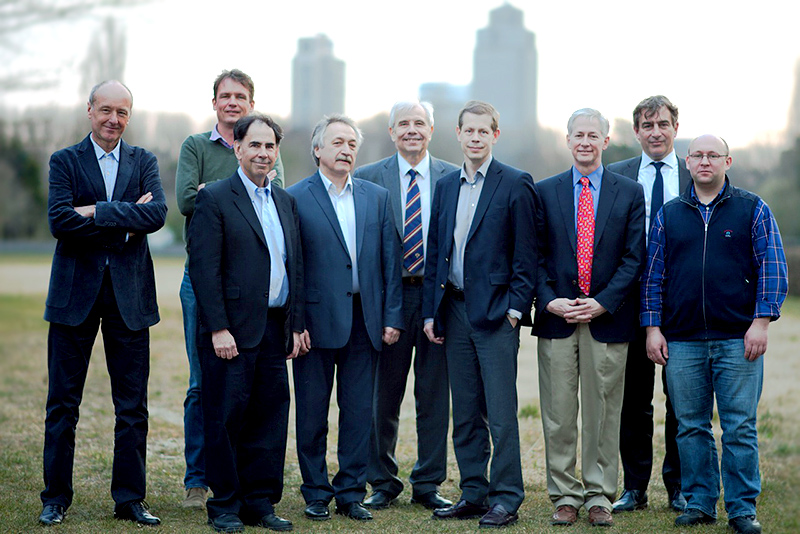 The Skoltech Center for Stem Cell Research will quickly place Russia on equal footing with global leaders in biomedical research. The governmental support for the CREI will also ensure commercial development of promising discoveries made by the local researchers.

The Skoltech Center for Stem Cell Research unites leading researchers from multiple disciplines, from chemistry and biology to medicine, from technology to computer science, needed for progress in such complex problems, while at the same time educating a new generation of researchers. From the very beginning of their career, these young researchers will have the opportunity to work side by side with established scientists in a highly integrative environment needed for 21st-century research.

The researchers working within this research center will develop deeper insight into the science and applications of stem cells as well as the techniques to study them in a data-intensive world. These approaches will then lead to new therapies and drugs. Using this insight, the CREI will fast-forward Russia to the frontlines of research in key fields within biomedicine.

Each year, the Skoltech Center for Stem Cell Research will train over 20 students. Each graduate will possess leading knowledge in regenerative medicine and an excellent international network in this field to join Russian industry, universities, or start-up companies.

The center will also bring to Moscow leading international researchers in the field to conduct courses and training for industry, faculty and researchers. Previously, these individuals would have had no other recourse, but to search for expertise outside of the country.

The research and educational approach cultivated at Skoltech will be the key to understanding the most miniscule details of biology. Through this understanding, the university will be able to develop new stem cell therapies and drugs.

The international collaboration fostered by this project will lead to advances in stem cell science that are of interest to the scientific community at large. This research will empower us to use stem cells in addressing liver diseases, cancer, aging and many other health-related challenges currently considered incurable.
“This center combines world-class expertise in multiple disciplines for advances in exciting areas of importance to society, from stem cells that promise a revolution in medicine, to big data, that is changing the culture and conduct of science itself. It will forge deep international collaborations between Russia and the Netherlands, a world leader in both biomedicine and in technologies such as high speed data networks needed to support 21st century research.”

Centers for Research, Education and Innovation
The Skolkovo Institute of Science and Technology (Skoltech) is a unique international university, integrating research, education and innovation. The university educates Master’s and PhD students as well as postdocs in five strategic areas: Biomedicine, Energy, Information Technology, Nuclear Science and Technology, and Space Science and Technology.
The university forms close bonds with industry and the entrepreneurial ecosystem as it strives to fuse fundamental and applied sciences in its education and research. Through this strategy, Skoltech will research and generate new technologies with a higher-propensity of transferring them into the economy.
A key element in Skoltech’s development strategy is the 15 Centers for Research, Education, and Innovation (CREIs). These ambitious, international research projects will be founded by 2020 and possess a cumulative budget of $675 million. Each CREI, lasting five years, will integrate and contribute to research and innovation, as well as graduate education through the development of educational curricula, material, and approaches. Within these integrated programs, students will participate in cutting-edge research from their first years of study, helping to form a new generation of researchers.
CREIs are being formed in collaboration with the best researchers and universities around the world. This scientific foundation thus attracts the most talented specialists from around the world, increasing the propensity of generating discoveries in new fields of science.
By uniting international scientific thought, the CREIs will promote Russian ideas into the global research stream. Creating its own intellectual property, Skoltech will also receive access to intellectual property developed by its partners within each project. This influx of ideas will further drive Russian science and breathe new life into international scientific thought.
Utilizing the partner institutions’ experience, each CREI will incorporate the most high-tech equipment and techniques into its new laboratories in Russia.
The CREIs also create entrepreneurial startups, spinning off the new technologies developed within each project. This aspect of the research centers enables Skoltech to act as a bridge between science and the economy — one of the largest challenges hindering the further development of the Russian economy.
Through the CREI initiative, Skoltech will become a leader in scientific research and innovation within strategic areas for Russia’s further innovative development.

“At the heart of the CREI initiative is a powerful idea – that universities should identify issues of importance to commerce and society, organize international teams of scientific experts, and build a bridge from science to innovation that accelerates the ideas from the laboratory to impact.”

Edward Crawley
President, Skolkovo Institute of Science and Technology
Further Information
Skolkovo Institute of Science and Technology
The Skolkovo Institute of Science and Technology (Skoltech) is a private graduate research university in Skolkovo, Russia, a suburb of Moscow. Established in October 2011 in collaboration with MIT, Skoltech educates global leaders in innovation, advances scientific knowledge and fosters new technologies to address critical issues facing Russia and the world. Applying international research and educational models, the university integrates the best Russian scientific traditions with twenty-first century entrepreneurship and innovation.
University of Groningen
The University of Groningen is a research university with a global outlook, deeply rooted in Groningen, City of Talent. Quality has had top priority for four hundred years, and with success: the University is currently in or around the top 100 on several influential ranking lists.
In addition, we collaborate with a number of renowned foreign universities, including Uppsala, Göttingen and Ghent. The University of Groningen is very popular with its 27,000 students and 5500 staff members from home and abroad. Talent is nurtured, enabling the University to bridge the gap between science and society. We are committed to actively collaborating with our social partners, with a special focus on the research themes Healthy Ageing, Energy and Sustainable Society.