On December 11, 2013, a meeting of Skoltech Board of Trustees was held in the Hypercube (Skolkovo Innovation Center, building 1). The meeting approved the strategic university development plan 2016, as well as the institute’s operating plan and budget for 2014. A separate discussion was dedicated to the project for the development of the institute until 2020 within the state programme called The Economic Development and Innovation Economy. SkolTech Development Project gained full support from all members of the Board of Trustees and was approved unanimously.

Among the participants were Deputy Prime Minister of Russia Arkady Dvorkovich who was unanimously elected a new member of Skoltech Board of Trustees. So, the Board comprises 16 members. The Board includes representatives of the scientific community, industry, government and business.

“It is a great honour for me to join the team of the Board of Trustees of the Skolkovo Institute of Science and Technology. I believe that by uniting our efforts we will succeed in making the activities of Skoltech a driver of the development of Russia’s innovation system, industrial capacity and growth of the international reputation of Russian science,” said Arkady Dvorkovich.

At the meeting, Skoltech President Edward Crawly reported to the members of the Board of Trustees about the key achievements of the Institute, the educational and research processes at Skoltech, the links between science and industry, and the development of innovative entrepreneurship.

“Currently, Skoltech’s principal objective is building an international scientific community of its own,” emphasized Edward Crawley. “Jointly with its key partners that include MIT, Moscow Institute of Physics and Technology, Saint-Petersburg State University, and other leading global educational and research centers, we have identified the desirable objectives, development direction and initiatives of the Institute. Besides, a joint action plan to implement the development program has been drafted and the expected results have been determined.” 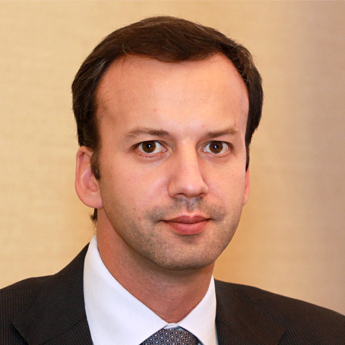 Since 1994, he has acted as an advisor, senior expert, general director, and research supervisor of the Economic Expert Group of the Ministry of Finance of Russia. Since 2000, he has been an expert of the Center for Strategic Research. Since August 2000, he was an advisor to the Minister of Economic Development and Trade of Russia. Since 2001, he was Deputy Minister of Economic Development and Trade of Russia From 2004 to 2008, he was head of the Expert Department under the President of Russia. From 2008 to May 2012, he was an assistant to the President of Russia. On May 21, 2012, the President of Russia appointed him the Deputy Prime Minister of Russia.
The Skolkovo Institute of Science and Technology (Skoltech) is a private graduate research university in Skolkovo, Russia, Moscow region. Established in October 2011 in collaboration with MIT, Skoltech educates global leaders in innovation, advances scientific knowledge and fosters new technologies to address critical issues facing Russia and the world. Applying international research and educational models, the university integrates the best Russian and international scientific traditions with twenty-first century entrepreneurship and innovations.