The 27th March 2014 saw the 11th meeting of the Board of Trustees of Skolkovo Institute of Science and Technology. The meeting was chaired by Arkadiy Dvorkovich; Deputy Prime Minister of the Russian Federation and member of the Board.

The Board approved the report of President Edward Crawley on the fulfillment of the Institute’s operational and financial plan for 2013.

Skoltech gauges its achievements in accordance with the Institute’s programme of creation and development, approved by the Board in 2013 as part of a sub-programme of the Government Programme “Economic Growth and Innovative Economics”. Members of the Board noted that all the Institute development monitoring indicators were fulfilled in 2013.

In March, 2014 Skoltech launched the Selection Weekends for future master students, who will be starting their studies in September 2014. Out of 658 applicants who applied, 103 were invited to take part in selection events where they competed for the right to study the following disciplines: IT, Energy, Space and Biomedicine. The first round of the Selection Weekends will end in April.

Two more CREI agreements signed in the areas of Biomedical Engineering, and in the area of Electrochemical Energy Storage. “As a result we now have all our first wave of CREI partnerships

Established and the CREIs are in the process or rolling out their activities at Skoltech”.

The Director of the CREI for Studying Stem Cells, Professor Anton Berns, presented a summary of the Centre’s research. To date, the Centre has compiled a team of world-renowned scientists. The Centre’s main challenge is the safe and effective extraction of stem cells from any body tissue and their ensuing use for therapeutic goals, as a basis for the testing of new medicines and also for the regeneration of damaged tissue.

The Board approved the Institute’s infrastructural development plan and the lease plan for new buildings in the territory of Skolkovo Innovation Centre during the period up until the Institute’s move to its own campus. In 2014 Skoltech will receive an additional 6000 square metres of lecture-room and laboratory space, which will allow the concentration of scientific and educational activity in one place. These laboratories will be open and starting work from Autumn 2014.

The Board also approved the candidacy of the Provost of the Institute. Raj Rajagopalan, former Dean of Faculty, has been appointed to this position. As the Provost, Raj will coordinate the functions of Education, Research, Faculty affairs, and Entrepreneurship and Innovation. In this role he will work closely with the Dean of Education, Dean of the Faculty, Director for Student Affairs, the Vice President of Research Programs, the Director of the Center for Entrepreneurship and Innovation, the and others in the Office of Provost to enable the institution to rapidly develop and maintain a global reputation for academic axcellence. Raj will thereby assume, for the immediate future, the responsibilities previously invested in the Senior Vice President for Research and Innovation, including developing the research programs and infrastructure of Skoltech, overseeing the funding of CREIs and partners, creating the innovation and entrepreneurship programs, and developing international research collaborations. 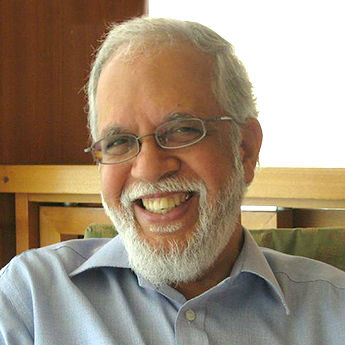 Profile Professor Raj Rajagopalan, a chemical engineer by background, was until recently Program Chair of Chemical & Pharmaceutical Engineering at the Singapore-MIT Alliance at the National University of Singapore (NUS). At the same time, he also served in other academic leadership positions such as Deputy Director of the NUS Graduate School for Integrative Sciences and Engineering, Head of the Department of Chemical & Biomolecular Engineering, and Head of the Environmental Sciences and Engineering Program at NUS. He was also the Director of Middle East Affairs for NUS, overseeing NUS’s research interactions with Saudi Arabia, Qatar, and UAE.

Professor Rajagopalan was closely involved in the establishment of the King Abdullah University of Science and Technology (KAUST) from 2007 to 2012 and directed the NUS-KAUST Special Academic Partnership. He conceived and led the efforts to set up Biomolecular Engineering, Environmental Science and Engineering and Chemical & Pharmaceutical Engineering programs at NUS. He also directed some of the joint Master’s and Ph.D. programs with international partners such as the University of Illinois at Urbana-Champaign, MIT, the Indial Institutes of Science at Chennai, Mumbai, and Kanpur in India.

Prior to moving to Singapore in 2003, he spent over 25 years as a faculty member in New York, Texas, and Florida, and was briefly a Program Director at the US National Science Foundation.

Professor Rajagopalan’s research and contribution to education has been recognized through awards and appointments to advisory boards and journal editorial boards by a number of professional societies and government agencies from the US, Canada, Singapore, Hong Kong, India, Saudi Arabia, Qatar, United Arab Emirates, and Kazakhstan, among others.

Professor Rajagopalan’s research activities focus on colloid physics and coplex fluids, liquid-state physics, and biomolecular science, and he is a co-author of a leading textbook on colloid and surface chemistry.

His research interests have a broad interdisciplinary scope, bridging engineering and science with a chemical physics and computational chemistry orientation. His experimental activities include biophysics, microrheology and biomechanics, and pharmaceutical separations. Examples of his past activities include excipient design and selection for pharmaceutical crystallization, microrheology of extracellular matrices and motility of cancer cells in the extracellular matrices and colloid physics.