We have the honor to announce that Professor Natalia Berloff is appointed to serve as the new Dean of Faculty for the Skolkovo Institute of Science and Technology! 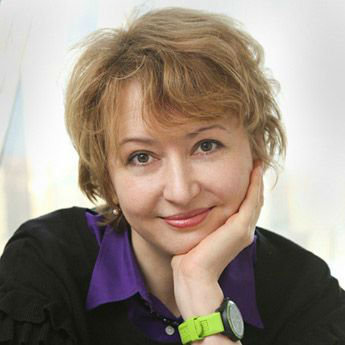 Natalia graduated from the Department of Computational Mathematics and Cybernetics, Lomonosov Moscow State University with BS in 1991 and MS in 1992. She then went on to do her PhD in mathematics at the Florida State University, Tallahassee, Florida, in the United States in 1997. She then worked as a postdoctoral fellow and subsequently as an Assistant professor at the Department of Mathematics, the University of California, Los Angeles, until 2002. Since 2002 she has been a faculty member (Lecturer, Reader and then Full Professor) at the Department of Applied Mathematics and Theoretical Physics at the University of Cambridge in the UK. Since 2002 she has also been a Fellow of the Jesus College. In 2013, Natalia assumed a professorship at the Skolkovo Institute of Science and Technology and served until now as an Associate Dean of Faculty. She also heads the Cambridge-Skoltech Center on Quantum Fluids. Natalia is the author of 60+ scientific papers in peer-reviewed journals, five book chapters, several topical reviews on the subject of quantum fluids, superfluid turbulence, coherence in non-equilibrium quantum systems: Bose Condensation of excitons and polaritons, magnons, atomic gases, superfluid helium, strong light-matter coupling in solid-state and atomic systems and driven quantum systems. She is a recipient of the Dwight B. Goodner Fellowship (1995), the President’s Postdoctoral Fellowship (1997), an NIH/NHGRI Career Development Award (2001) and the Pilkington Prize (2005).

Faculty is the soul of every educational institution, and the importance of attracting high-qualify world-class faculty and providing a nurturing environment for them cannot be overstated. We are very fortunate to have a research and educational leader of high caliber and great dedication to Skoltech’s mission and vision to serve as the Dean of Faculty and to lead our efforts in recruiting outstanding scholars to Skoltech.