Vasily Kantsler had his spermatozoid eureka moment when a bored friend dropped by for an unexpected visit at his lab. Now the Skoltech researcher publishes his surprising findings in the journal eLife. His experiments could help explain what makes sperm so good at swimming upstream to reach the egg – and might help men and women who have problems conceiving 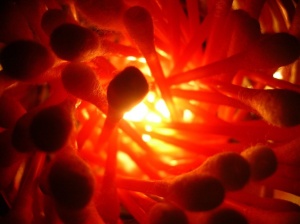 ”It was the weekend and a friend of mine was visiting the lab. She was bored, and asked to see something exciting through the microscope”, reminisces the 34 years old Russian born biophysicist, “so I had to improvise. The only thing available at the lab was a sperm sample.”

Then things got interesting. Without any change of temperature or the use of chemicals, the spermatozoids swam upstream inside a designated channel. It was as if the cells voluntarily performed this incredible athletic feat, which mystified and fascinated researchers for centuries.

“That got me thinking.” Says Kantsler, “and I came up with an intuitive explanation. Swimming against the flow and close to the surface, where the current is relatively weak, the  head of the cell feels a weaker force than the  tip of the tale – that’s the force that aligns the cell against the current. It seemed like a mechanical phenomenon more than a biological one.”

The next challenge was to translate his hypothesis into experiments. Kantsler aimed at shedding light on the mechanism that causes sperm to navigate successfully in the dark Fallopian tube, swim a distance that is approximately one thousand times their own length and travel across a viscous terrain. Hundreds of millions of cells begin the journey, but only a few resilient swimmers reach their final destination, the egg. It is a journey against the odds – and the currents. 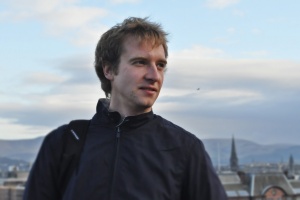 Kantsler, who is currently on a yearlong Faculty Development Program with the MIT-Skoltech initiative in Cambridge, Massachusetts, teamed up with Jorn Dunkel, an assistant professor of physical applied mathematics at MIT; Raymond Goldstein, the Schlumberger Professor of Complex Physical Systems at the University of Cambridge; and Martyn Blayney, chief embryologist at the Bourn Hall Clinic in the UK.

In a bid to understand what the cells are capable of, the researchers built a series of artificial m channels of different sizes and shapes, into which they inserted the sperm. First using bull sperm, then human, they were able to modify the flow of fluid through the tubes and investigate how the cells responded to different current speeds.

They discovered that at certain flow speeds, the sperm cells were able to swim very efficiently upstream. “If the flow is too strong the cells will be washed away, if it’s too slow the mechanical effect would not be strong enough,” says Kantsler, “we have also realized that the sperm tail is asymmetrical, which causes additional transversal migration.”

This explains why the sperm were not swimming in a straight line upstream, but in a spiraling motion in a tube. The researchers also think that their experiments explain how sperm cells can travel such long distances before they get very close to the egg and start detecting chemical signals in the Fallopian tube. “We’re all very excited about it. There’s always a flow – this is how the cells know where to travel to. We have possibly explained a major mechanism.”

Kantsler believes the team’s findings might provide ideas for future treatments for both men and women, in order to help childless people conceive more easily. “It could help both men who have too little cells or women who don’t have enough fluids. Usually the problem is a combination of both.”

Another possibility is that, since we found a way to control sperm cells, we can now try to separate cells and select them according to their swimming abilities. We can separate different cells, analyze the DNA and see if the genetic makeup is related to sperm motility and movement skills.”

What will you show a friend next time they drop by for an unexpected visit?

“Possibly a device called spermatron.” He smiles “It’s where we bring cells together and increase concentration to test the collective behaviors and the patterns forming. It’s quite fascinating.”

We think so, too.