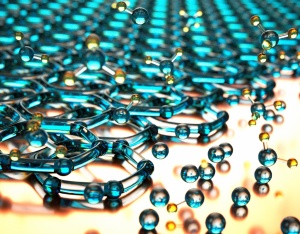 The Skoltech Colloquium is back after a short pause. If you need a break from the summer break – feel free to join us for a lecture titled  “Phonon Transport in Graphene: Applications in Thermal Management”

If you’d like to participate and for further information or questions, please e-mail  –

Please confirm your attendance. A pass is needed so do make sure to drop us a line and ask for one. We are looking forward to seeing you.

Unique electronic properties of two-dimensional (2D) graphene originate from its unusual linear Dirac-cone dispersion. Phonons – quanta of lattice vibrations – reveal features in 2D crystals, which are also substantially different from those in bulk materials. In 2008, we discovered that the phonon thermal conductivity of suspended graphene can be exceptionally high – above ~2000 W/mK at room temperature – exceeding that of the basal graphite planes [1].

We explained it by quenching of the Umklapp processes in 2D systems and resulting anomalously long mean free path (MFP) of the low-frequency acoustic phonons in graphene [2-4]. In the first part of my talk, I will review the results of our optothermal Raman measurements of thermal conductivity of graphene and explain the basic theory of heat conduction in 2D crystals [4].

In the second part of my talk, I will describe practical applications of graphene in thermal management of electronics. Specific examples of applications include graphene enhanced thermal interface materials (TIMs) [5], thermal phase change materials (PCMs) for Li-ion battery packs [6] and few-layer graphene heat spreaders [7]. I will also outline our most recent results that show a possibility of increasing the thermal conductivity of copper films via chemical vapor deposition (CVD) of graphene [8]. 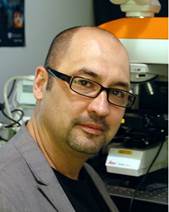 He received his MS (1991) degree Summa Cum Laude in Applied Physics and Mathematics from the Moscow Institute of Physics and Technology (MIPT), Russia, and PhD (1997) degree in Electrical Engineering from the University of Notre Dame, USA. Prior to joining UCR, he worked as a Research Engineer at UCLA. In 2005, he spent his sabbatical as a Visiting Professor at the University of Cambridge, U.K. His research interests are in the area of advanced materials, nanostructures and devices for electronic and energy applications. He conducts both experimental and theoretical research. His work resulted in over 200 journal publications, which were cited ~17,000 times (h index >60).

Professor Balandin is a recipient of the MRS Medal for 2013 and IEEE Pioneer Award in Nanotechnology for 2011. He was recognized by the NSF CAREER Award, ONR Young Investigator Award and Merrill Lynch Innovation Award. He is a Fellow of APS, MRS, IEEE, SPIE, OSA, IOP and AAAS. He is an Associate Editor of Applied Physics Letters. He supervised more than 25 PhD students who presently carry out R&D work in industry, government laboratories and academia. The work of his Nano-Device Laboratory (NDL) has been supported by NSF, DARPA, ONR, AFOSR, SRC, NASA and semiconductor industry.

Past schedule and video: https://www.skoltech.ru/en/colloquium/past-schedule/