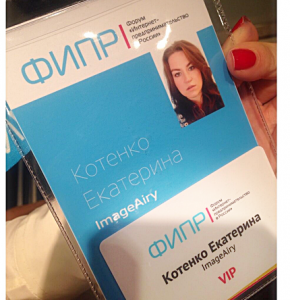 Ekaterina Kotenko-Lengold’s day at the Russian Internet Entrepreneurship Forum was fraught with expectation, tension – and hope. The Skoltech student was slated to present her startup, ImageAiry, to the President of Russia. But Vladimir Putin arrived at the Moscow event only after the young entrepreneur was done pitching to potential investors. And still, the pressure was on. She had to secure the vital fuel without which her satellite imaging service cannot get off the ground: money. An hour later Kotenko-Lengold was up in the air. ImageAiry landed 1.4 million RUB in funding.

The seed funding, equivalent to $40,000 USD, was secured through the Russian Internet Initiatives Development Fund (IIDF), with a total valuation of 20 million RUB ($580,000 USD.) Image Airy, founded by Kotenko-Lengold and Alexandra Kudryashova in 2013, touts itself as the “world’s first marketplace for satellite imaging services”. Based on the user’s industry or specific task the search algorithm finds and suggests suitable satellite pictures, imagery resellers or consulting companies which are suitable to business owners’ specific needs. The service might, for example, help tour operators to avoid selling packages to flooded regions or assist agricultural companies seeking high crop yielding areas.

“This is all very, very exciting”, reflected Kotenko-Lengold on her roller-coaster day, “my presentation also resulted in interest for our project from a few senior VCs representing, among others, the Rostelekom Venture Fund, Microsoft Seed Fund and Inventure Partners. Big day, lots of challenges ahead.”