How can mathematical optimization help cardiologists to better understand the heart’s operation and analyze scans and images? Join Professor Karl Kunisch’s seminar and learn all about «SELECTED OPTIMIZATION TOPICS IN THE LIFE SCIENCES»

SEMINAR ABSTRACT: Mathematical optimization has become an important tool to obtain improved insights into many areas of science where mathematical tools are not a-priori commonplace. The life sciences in general, and biomedical engineering in particular, are fields where novel optimization techniques combined with modern computing tools can contribute significantly to pushing the boundaries of the research field.

In this talk I address topics ranging from electro-cardiology to mathematical image analysis. The optimal control approach to cardiac arrhythmias allows to determine an electrical field in such a way that fibrillatory propagation cannot be maintained and at the same time negative side effects are minimized. Image analysis techniques based on calculus of variations foundations, and algorithms realized in a modern graphic card environment, can be highly efficient as will be shown for segmentation of cell populations, diffusive optical tomography and motion correction of magnetic resonance image sequences. 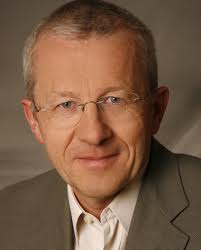 SPEAKER INTRODUCTION: Karl Kunisch is professor of and head of department of mathematics at the University of Graz and Deputy Director of the Radon Institute of the Austrian Academy of Sciences in Linz.

He received his PhD and Habiliation at the Technical University of Graz in 1978 and 1980. His research interests include optimization and optimal control, inverse problems and mathematical imaging, numerical analysis and applications, currently focusing on topics in the life sciences. Prof. Kunisch spent three years at the Lefschetz Center for Dynamical Systems at Brown University, USA, held visiting positions at INRIA Rocquencourt and the Universite Paris Dauphine, and was a consultant at the Institute for Computer Applications in Science and Engineering at NASA Langley, USA.

Before joining the faculty at the University in Graz he was professor of numerical mathematics at the University of Berlin. K. Kunisch is the author of two monographs and about 270 papers. He is editor of numerous journals, including SIAM Numerical Analysis and SIAM Optimization and Optimal Control, the Journal of the European Mathematical Society, Computing and Visualization in Science, and Calcolo. He is member of the senate of the Christian Doppler Science Foundation and recipient of the Alwin Walther Medal for achievements in Applied Mathematics and Informatics. Prof. Kunisch obtained several EU grants, and (joint) grants from the Austrian, German, French, American, Japanese and Czech science foundations.