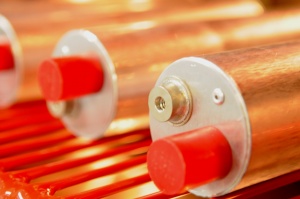 The Electrochemical Energy Storage CREI (Center for Research, Education and Innovation) at Skoltech will address fundamental research that will support the energy industry in Russia and the world, and develop and demonstrate materials, devices and systems that will provide the basis for innovative opportunities for energy storage technologies. The research program concentrates around new metal-ion and metal-air battery technologies, and new fuel and electrolysis cell technologies. The CREI is generously funded to collaborate closely with MIT, Moscow State University, and other top universities around the world. Our ambition is to establish Skoltech as a world-class center for energy storage research. Important foci are devices and systems than can dramatically advance portable electronics and electric vehicle transportation sectors, in addition to grid-level energy use through load-leveling and power-shaping, which serve as energy buffers to increase the efficient use of alternative energy sources, such as solar, wind, and water, that are intermittent in nature. 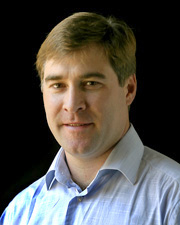 Recently, he has served as a scientific thrust leader in Electrochemical Energy Storage on a $15M Department of Energy Frontier Research Center, Director of the $38M Center for Nano- and Molecular Science and Technology (CNM), and on the steering board for the Texas Materials Institute (TMI).

Stevenson has been extremely innovative in pursuing major research and educational initiatives in nanomaterials and nanotechnology areas. This includes serving as the faculty advisor for the CNM’s Doctoral Portfolio Program that has produced a successful cadre of more than 120 well-trained scientists and engineers from 14 different academic departments since its inception in 2002. He also managed several shared instrumentation facilities, which total over $20M in housing state-of-the-art equipment including $4M+ of resources acquired by US federal funds and private foundation grants.

On the educational side, he has been the State Director of the Welch Foundation Summer Scholar Program (2008-2014) which funds summer research activities for high school students across the state of Texas, with over 1600 students served. He is also one of three founding faculty members of UT-Austin’s federally funded Undergraduate Freshman Research Initiative. Now over 400 undergraduate students have performed research and published their work under his direction in the area of nanomaterials for catalysis. The FRI program currently involves over 25 research faculty and >800 undergraduate researchers per year; and is transforming the way undergraduate research is conducted at large tier one research universities.

Keith Stevenson’s research interests are aimed at elucidating and controlling chemistry at solid/liquid interfaces vital to many emerging energy storage and energy conversion technologies. To date he has published over 145 peer-reviewed publications, five patents, and six book chapters in this field. He is a recipient of a NSF CAREER award (2002), the Conference of Southern Graduate Schools New Scholar Award (2004), the Society of Electroanalytical Chemistry Young Investigator Award (2006), and Kavli Fellow (2012). Keith is a member of the American Chemical Society, Electrochemical Society, Society for Electroanalytical Chemistry, and the Materials Research Society.

*  Skoltech currently operates 6 CREIs – Centers for Research, Innovation and Education – out of 15 that are planned to be established by 2020. These are the major components of the Skoltech concept – and its implementation. The CREIs are the institute’s major scientific growth engines as they pursue leading research in their fields, deliver world-class graduate education programs and generate results that can form the basis for innovation and entrepreneurship activities at Skoltech and in Russian industry. Importantly, CREIs will build capacity of all kinds at Skoltech, and will be designed to have broad impact on Russia. The centers address critical challenges in 5 major “Tracks”the institute focuses on: Information, Biomedicine, Energy, Space and Nuclear Science and Technology (as well as science cutting across these areas.) The establishment of CREIs is done in close cooperation with one (or more) international and Russian academic partner institutions. Skoltech believes this is the most efficient and fastest way to establish a new world-class graduate research university complementing the existing research and educational system in Russia and develop a gateway between Russia and the rest of the world.