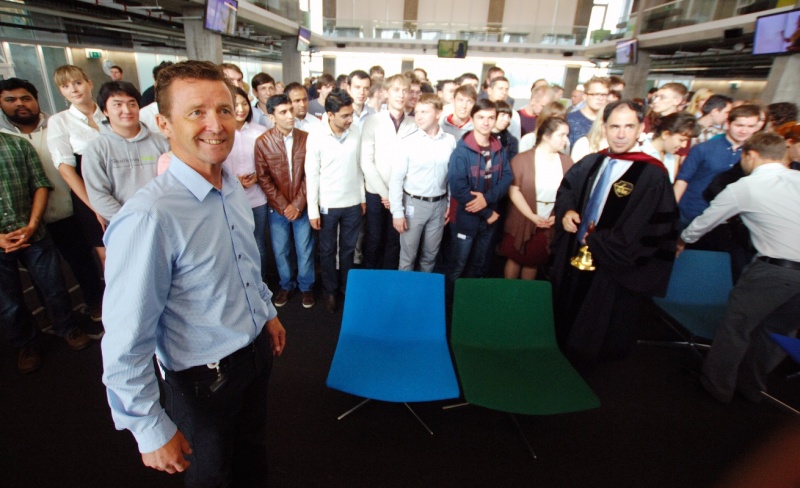 On September 1, Skoltech opens its doors for the new batch of  Russian and international students.

The official opening ceremony of the Skolkovo Institute of Science and Technology (Skoltech) new academic year will be held on September 1, 2014 at 9 am at the Hypercube building. The university invites all to join us at the ‘Ringing the Bell’ event, which is by now a tradition (after being held for the first time last year).

More than 150 students from around the world will begin their studies at the university – or return to school. This year five educational programs of the University are officially open. Students will be studying in the following “tracks”: Energy, Space, IT, Biomedicine and Manufacturing.

Currently, the total number of Skoltech master and PhD graduates is 176. More than a third of the students are women, and 18% are international students hailing from 15 countries: Armenia, Austria, Belarus, Canada, Vietnam, Latvia, Azerbaijan, Ukraine, Kyrgyzstan, Italy, Nigeria, Bangladesh, Thailand, India and Kazakhstan. In total, more than 100 new students join Skoltech this year.

As part of the program, a special award ceremony will take place at Hypercube on September 1 to mark the achievements by outstanding students. The opening ceremony will start at 9 am at the Hypercube (Skolkovo Innovation Center).