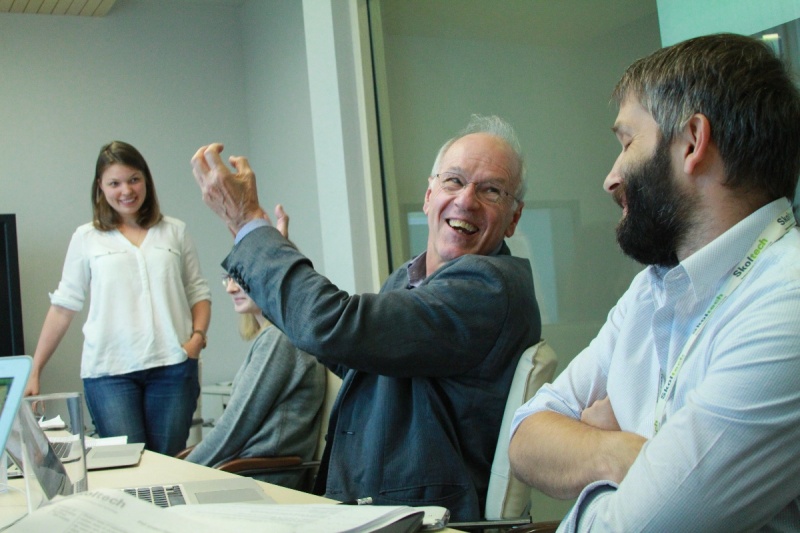 “This is very ambitious”. “Your target is to understand the entire animal kingdom”.  “You have a lot of lab work ahead of you”.  These are some of the appraisals, analysis and critique that Skoltech’s biomedicine doctoral candidates were subjected to on a clear autumn afternoon in a Moscow.

There was even a Frankenstein-like inquiry whether one of the students “really wants to dissect brains.” But this was the only half-joke during a long afternoon when supervisors from Skoltech, Harvard Medical School and the University of Groningen (the Netherlands)gathered in a small room – or participated via Skype.

For the first time in the university’s short history of three years, seven PhD students in Biomed (4 of whom were women) presented and defended their thesis proposals. Students will learn individually  whether and how they proceed with the research projects that could earn them a PhD in biomedicine. But even without knowing the opinions of committee members – professors Konstantin Severinov, Anton Berns, Philip Khaitovich and Director of Students affairs, Bram Caplan-  one conclusion can already be drawn: the best defense is defense.

Proposals for investigation in the proposals vary from ‘viruses arms race against hosts’ through the functions of brain areas to so called ‘genetic noise’ and its role as a defense system. 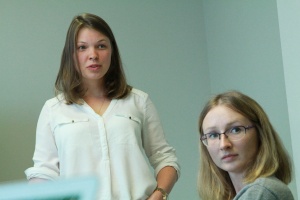 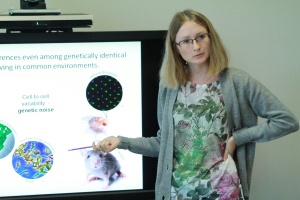 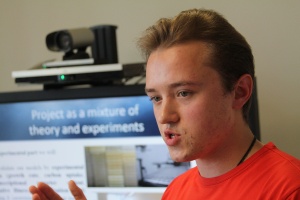 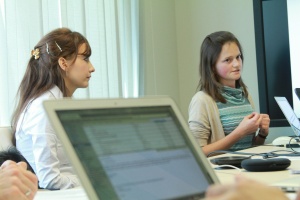 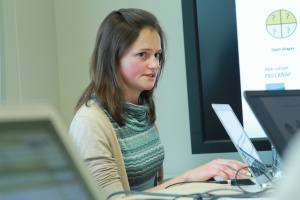 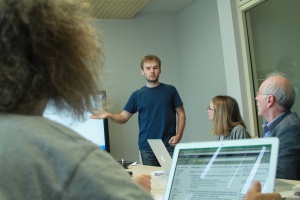 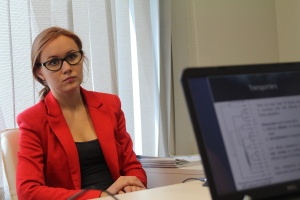 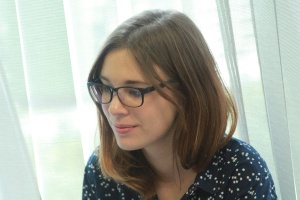 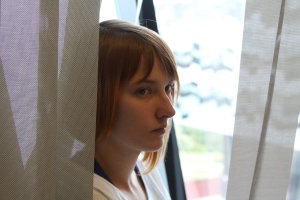