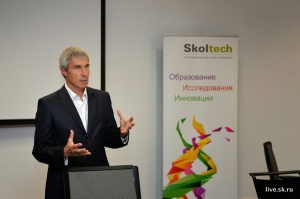 Dr. Sergei K. Krikalev, cosmonaut and space explorer, during a talk with students and faculty at Skoltech

When Dr. Sergei K. Krikalev entered the lecture hall, a member of the audience turned to her friend and said in hushed voice: “here comes a legend”. This was not starry eyed hyperbole. There is ample evidence to support the choice of words.

As a cosmonaut, Krikalev completed six flights. He has spent more time in space than any other human: a total of 803 days, 9 hours, and 39 minutes aboard  MIR and the ISS. He was the first person ever to enter the International Space Station. A fluent English speaker, he is a living symbol of collaboration between superpowers. A quick web search yields images of him in a trademark NASA astronaut suit, embroidered with Russian and American flag patches. After he had retired from active duty as an astronaut in 2005, he held senior positions at the Russian space program. And on his free time he crisscrosses Russia, sharing his story with awestruck students – and their professors.

At the beginning of his Q &A session at Skoltech he directed a question at the audience.

“Should I assume you are technical experts or simply curious?”

“Both!”, a professor replied, extracting a smile out of the chiseled jawed spaceman. This turned out to be an honest response: queries from the crowd revealed varying degrees of experience and knowledge.

Bram Caplan, the university’s director of student affairs tested the veteran cosmonaut’s flexibility: “If you had 100 million dollars to invest in a space research project, what would you do with the money?”

Immediate response: “I’d try to get more money.” Then came a more thoughtful reply: “we need to build a new spacecraft and a space base that would support missions and supply parts for trips beyond what we’ve achieved so far “.

Saksupapchon Punyapat, a student from Thailand, smilingly observed that how questions about lessons learned always orbit around success. “But what have you learned from failure?” 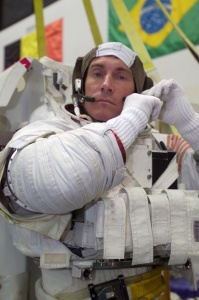 Sergei Krikalev, cosmonaut and guest speaker at Skoltech, wears a training space suit during a NASA training in June 2004

“Let me say what I think is needed in order to have a better chance at achieving success. Know that your decisions and choices matter. and yes, you really do must study a lot. And if you want to join the space industry, you need to live in not the most comfortable conditions and learn to fly an aircraft and make sacrifices. Like I did. ”

Then there were more professional questions about vertical landing, the optimal number of crew members to be carried aboard a space vehicle, and the future challenges of design and engineering. And what about the differnce between government and private sectors’ involvement in space exploration?

He continued. “When things were risky and unsure and potentially very costly in terms of human lives and, less importantly but still crucially, money, the state took it upon itself to explore outer space. Only when things stabilized did the private sector join in. On the other hand ‘private’ means simplified and cheaper. There are less verification processes, and a better understanding of cost structures. As for Russia, we don’t see similar private activities here because our knowledge and procedures for defining costs are not as transparent as in the west. Then again, private western companies do not carry out manned missions. Not yet. The way we’re going to proceed from now in is to involve more private companies to solve parts of the missions, but not whole missions, especially not the risky ones – like a flight to Mars. When we don’t know how to enter the atmosphere or how to build a heat shield or how long a mission will take or how much it will cost – the government will shoulder all this risk.”

After 90 minutes and an ever growing stream of questions came the winning query: So how much would you pay to travel as a private space tourist?

“Hard to say, really. After all I got paid to fly to space.” 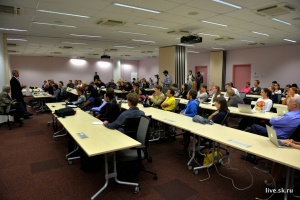 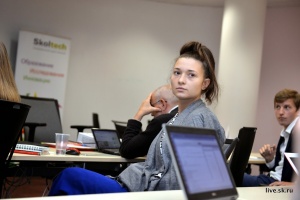 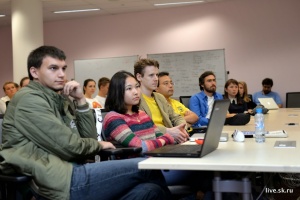 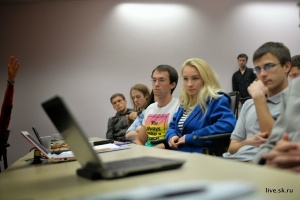 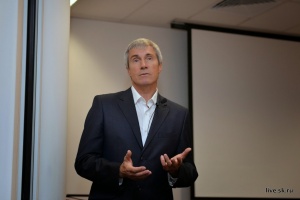 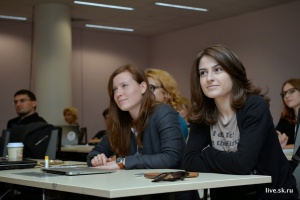