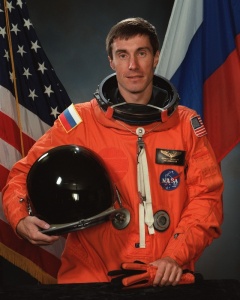 Dr Sergey A. Krikalev, comsonaut and guest speaker at Skoltech

It’s not everyday that the person who have spent more time in space than any other human, descends upon a university for a Q & A Session. Yet on September 11, 2014,  Dr. Sergey K. Krikalev, a Russian cosmonaut and space researcher, will join Skoltech’s faculty and students for a talk about anything and everything that is space exploration, past and future.

Summary: A veteran of six space flights who spent the longest time in space, more than any other human: a total of 803 days, 9 hours, and 39 minutes.

1989, Honorary title of Cosmonaut of USSR