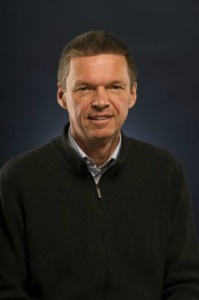 Superconductors offer a circuit technology that is inherently faster than semiconductor electronics, at much less power dissipation. Superconductors and Josephson junctions as circuit elements provide extremely fast analog and digital devices in a frequency range from hundreds of GHz to some THz. These circuits are fully scalable and follow design rules similar to those of semiconductor devices. Digital superconducting circuits as microprocessors and analog-to-digital converters for commercial and military applications have been already demonstrated. Very low power dissipation and scalability of superconducting devices make them excellent candidates for the elementary base in the emerging fields of reversible digital logic and quantum computing. Superconducting quantum bits (qubits) have recently achieved a breakthrough by demonstrating excellent gate fidelities and long coherence times in a fully scalable architecture, placing the realization of an integrated quantum computing chip in near reach. Superconductors provide also the most sensitive sensors for magnetic fields: the Superconducting Quantum Interference Devices (SQUIDs). SQUIDs are used as sensors for magnetic heart and brain signals in medical applications, geological surveying and non-destructive testing. As amplifiers of electrical signals, superconducting parametric amplifiers reach the theoretical limit given by quantum mechanics. Superconducting bolometers can detect very week signals, from microwaves to x-rays. Superconducting circuits have to be cooled to very low temperatures. Whereas this was a bottleneck in the past, cooling techniques have made a huge step forward in recent years. Very compact cryogenic systems with high reliability are now readily available commercially.

Alexey Ustinov is a full professor and chair of experimental physics at the Karlsruhe Institute of Technology (KIT) in Germany. Since 2011, he is also a member of the Scientific Advisory Board of the Russian Quantum Center where he is leading the Superconducting Quantum Circuits group, and a head of the Laboratory for Superconducting Metamaterials at the National University of Science and Technology MISiS in Moscow, Russia. Back in 1996, Alexey Ustinov became the first tenured Russian physicist in Germany, receiving a permanent state-employed professor in this country. He was an associate professor of experimental condensed matter physics at the University of Erlangen-Nuremberg between 1996 and 2008. Before that, between 1989 and 1996, he worked at various universities and research laboratories in Germany, Denmark, and Italy. Alexey received a Ph.D. degree in physics and mathematics in 1987 and a doctor of science degree in 1995 from the Institute of Solid State Physics of the Russian Academy of Sciences, Chernogolovka, Russia. Awards received by Alexey Ustinov include the Alexander von Humboldt Fellowship (1989), the Stefanos Pnevmatikos International Award for Research in Nonlinear Science (1998), and a 5M$ Megagrant research award of the Russian Government (2011). He has published over 300 research papers in peer-reviewed journals, supervised 7 postdocs, 15 Ph.D. dissertations and numerous undergraduate student projects. Major scientific contributions of Alexey Ustinov are in the areas of low temperature physics, superconductivity, nonlinear dynamics, quantum circuits, and microwave/mm-wave cryoelectronics