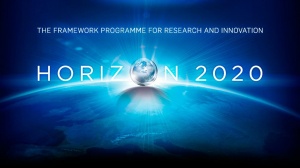 Over the last few decades various powerful nations have realized that outer space is where they can and should cooperate. International collaboration on space projects is driven by the dream of further exploration. But there is also the need to forecast hazardous events such as solar storms or high radiation levels – and prepare for those. And this is where Skoltech professor Yuri Shprits and his team of researchers come into the picture. The Moscow based scientists have developed a Space Forecast project, titled PROGRESS. Along with colleagues from seven European countries, they landed a grant from the highly competitive European Union’s Research and Innovation program “Horizon 2020″.

The funding is aimed to support the creation of a space weather forecasting framework. It highlights Skoltech’s growing role in the development of innovative technologies for space data processing, and the importance of global partnerships. Russia is not a member state of the EU. However, non-member states can be included in the H2020 grant if they contribute essential expertise that is not available anywhere else in Europe. 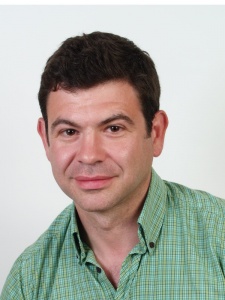 Shprits, who worked at UCLA and consulted students and scholars from Norway, China, Australia and the US, feels well positioned to foster collaboration. “I think the most exciting thing about PROGRESS is that we will combine the efforts of a number of international teams,” he says.

Outer space is an extremely challenging environment for sensitive electronic devices. When outside of the protection of atmosphere, devices are exposed to a constant stream of high-energy particles originating mainly from the Sun and trapped in the Earth’s magnetic field. Hence the importance of magnetospheric reconstruction and space forecasting.

Prof. Shprits: “We will take the knowledge that was obtained over recent decades about the Sun, the solar wind and near Earth environment and transfer it into applications. The aim is to combine a number of computer codes and observations to develop real time prediction of the hazards to satellites and humans in space radiation environment.”

The intensity of radiation can vary, depending on solar wind conditions as well as on processes inside the magnetosphere. In order to determine where and when space equipment might fail, researchers and space agencies must constantly monitor the space environment with research satellites. The Skoltech professor, along with peers from UCLA and MIT, has recently published his findings in the field in the Journal of Geophysical Research (JGR), Space Physics (see links here and here).

“PROGRESS” aims to significantly contribute to the creation of new services for high accuracy space weather forecasting, which will be relevant for various space agencies, research groups and private companies. The prominent feature of the new method it offers is that it makes it possible to determine both the uncertainties of the physical model of near-space environment and of the satellite observations. Thus, it allows to combine those in an optimal way to achieve reconstruction with guaranteed precision.

The Horizon 2020 grant request and research proposal were submitted by a consortium of seven European countries. Grantees include the universities of Sheffield and Warwick (UK), the Finnish Meteorological Institute, University of Michigan (USA), the Space Research Institute of Ukraine (Ukraine), National Center for Scientific Research (France) and the Swedish Institute of Space Physics.

* Horizon 2020 is the biggest EU Research and Innovation program ever with nearly €80 billion of funding available over 7 years (2014 to 2020) – in addition to the private investment that this money will attract. It pledges more breakthroughs, discoveries and world-firsts by taking ideas from the lab to the market.