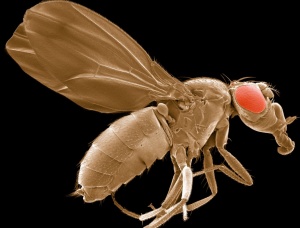 Scanning electron micrograph of the Drosophila melanogaster sestrin-null mutant used to study pathways involved in oxidative stress and aging. Sestrins are a family of proteins that play key roles in regulating aging and metabolism. A sestrin-null mutant exhibits an age-dependent response to oxidative stress. Image by Thomas Deerinck, NCMIR Courtesy of cellimagelibrary.org

Which genes might protect us from aging and age-related diseases like diabetes? Meet the Sestrins, and the person who knows them up close and personal: Dr. Andrei Budanov is our guest speaker at the Skoltech seminar.

Sestrins are a family of stress-responsive genes involved in the regulation of cell viability and metabolism. In his research Dr. Budanov and his collaborators have demonstrated that the major activity of Sestrins involves the regulation of mammalian Target-of-Rapamycin (mTOR) kinase, the critical controller of protein and lipid biosynthesis, cell growth and metabolism.

As they described, Sestrins work via activation of AMPK kinase and TSC1:TSC2 protein complex. As a result, Sestrins protect from aging and age-related disorders. They have recently identified a new mechanism of mTOR inhibition by Sestrins via regulation of lysosomal mTOR localization. 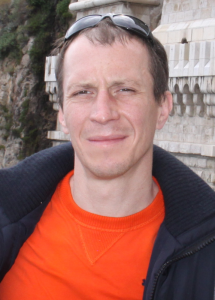 Dr. Andrei Budanov is an Assistant Professor in the Department of Human and Molecular genetics at Virginia Commonwealth University. His Ph.D. project on the characterization of the Sestrin2 gene was conducted in the laboratory of Peter Chumakov at the Engelhardt Institute of Molecular Biology and the Cleveland Clinic.

In the following postdoctoral studies in the laboratory of Michael Karin Dr. Budanov found that Sestrins control the activity of mTOR kinase, protecting from aging and diabetes. His ongoing research focuses on the mechanisms of mTOR regulation by Sestrins, and their role in cancer and stem cell biology.