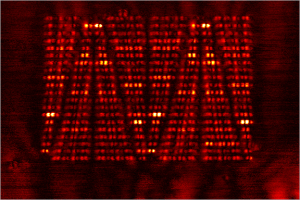 Near-field scanning optical microscopy (NSOM/SNOM) is a microscopy technique for nano-structure investigation that breaks the far field resolution limit by exploiting the properties of evanescent waves. But can a microscope with no aperture provide the same quality of results, or even perform better than as a traditional one?  We are pleased to invite you to the Skoltech Colloquium.

Abstract: Principles of operation and technical solutions of an Apertureless Scanning Near-Field Optical Microscope (ASNOM) will be presented. An elongated AFM-like tip acting as a dipole rod antenna, provides an efficient coupling of the external electromagnetic waves to the local fields located in the gap between the sample surface and the very tip. The excited oscillations of a tip dipole momentum can also be efficiently emitted by the tip into an environmental space, focused by conventional optical elements (mirrors, lenses) and then acquired by a conventional photo-detector.

It will be shown that the signal collected by an ASNOM is mainly proportional to a complex amplitude of a local electromagnetic field at the tip position and to some expression of a local surface dielectric function. A lateral resolution of an ASNOM is determnined by the tip radius (1-20nm), regardless to the working wavelength (from visible light to at least 10um). The home-built ASNOM scanning head as well as electronics designed specially for an ASNOM operation will be considered in details. 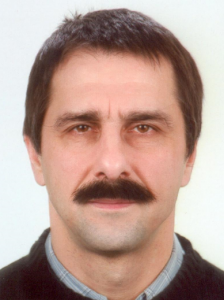 A mapping of a surface dielectric constant (as a complex number) on the semiconductor samples (Si, Ge, SiC) will be reported. It will be shown that the ASNOM image contrast is enough not only to distinguish different materials, but even to show the doping distribution within the same media.

A mapping of a local field in the running surface phonon polariton wave excited on the surface of SiC polar crystal by a resonant external light (~10.6um) will be reported. A good quantitative agreement of simulations to the measured distribution of an ASNOM signal demonstrates that the signal acquired by an ASNOM is in fact a complex value (with its amplitude and phase) of a local electromagnetic field at the tip position. Surface optics phenomena (focusing, refraction, waveguiding) observed with an ASNOM on the SiC samples will be reported.